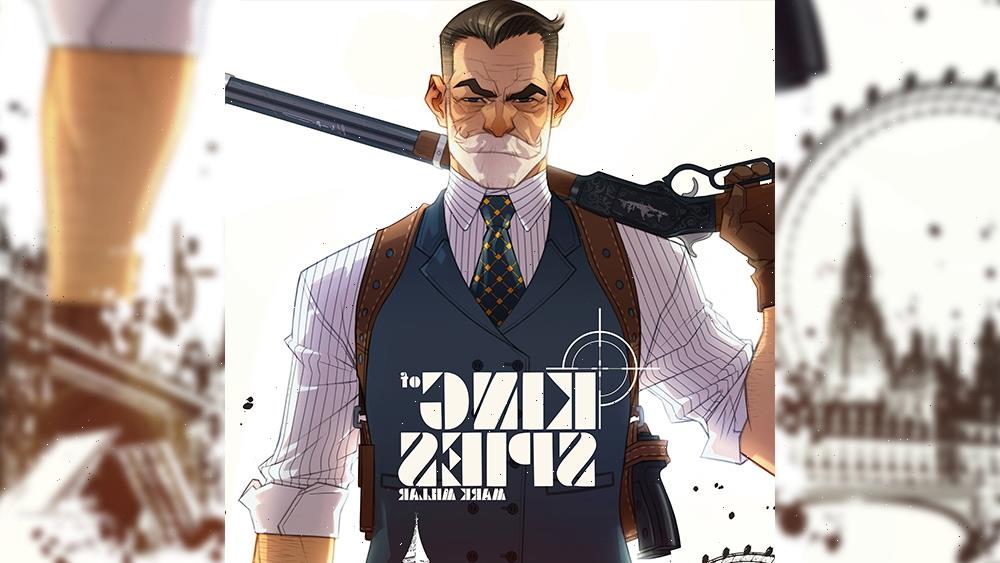 Jupiter’s Legacy creator Mark Millar continues his collaboration with Netflix as the two team for a new graphic novel King of Spies.

Millar will write the graphic novel translation of the original Netflix property, which will be drawn by an artists chosen from the comic-book community,  based on designs from the streamer’s team.

In King of Spies, Britain’s greatest secret agent faces his deadliest enemy yet – his own mortality. Diagnosed with a brain tumor and six months to live, the retired Sir Roland King looks around at the world he’s saved so many times and feels he can’t leave us in such a mess. There’s greed and corruption at every level, untouchable despots he was forbidden to go near and a system he just doesn’t believe in any more. He wants to use his remaining time to make a difference with his particular set of skills, and repair the damage he did in his private life at the same time. The most dangerous man in the world has gone rogue and he knows where all the bodies are buried. Now it’s time to go after the real monsters…

News of the new spy graphic novel comes Deadline learned that Millarworld’s The Magic Order series is in the works at Netflix. In June Deadline also exclusively learned that Netflix ordered a live-action series adaptation of Millar’s Supercrooks shortly after Netflix released the Jupiter’s Legacy cast.

Millar provided the following statement: “We’ve been quietly working on this for a couple of years in-house and we’re all buzzing about it. The spy world was very good to us with Kingsman and a return to the genre had to be something special. This is that project. I love stories about an old gun-fighter back for one last job and this is the Granddaddy of them all. It’s so incredibly violent and emotional, but really fun too. I can’t wait for people to see it and wanted to share a couple of the images we’ve been putting together for the comic-book side of the project. These aren’t from the artist we later chose for the book, but they’re so good we wanted you to see them. The first is by the amazing Ozgur Yildirim, whom I’m an enormous fan of, and the second is by Mark Chiarello, who’s an absolute genius. Mark was DC’s art director until very recently and I love this old school spy paperback vibe he’s brought to this. We’re really, really excited about this and will release the name of the stellar comic-book artist we’ve hired a little down the line.”