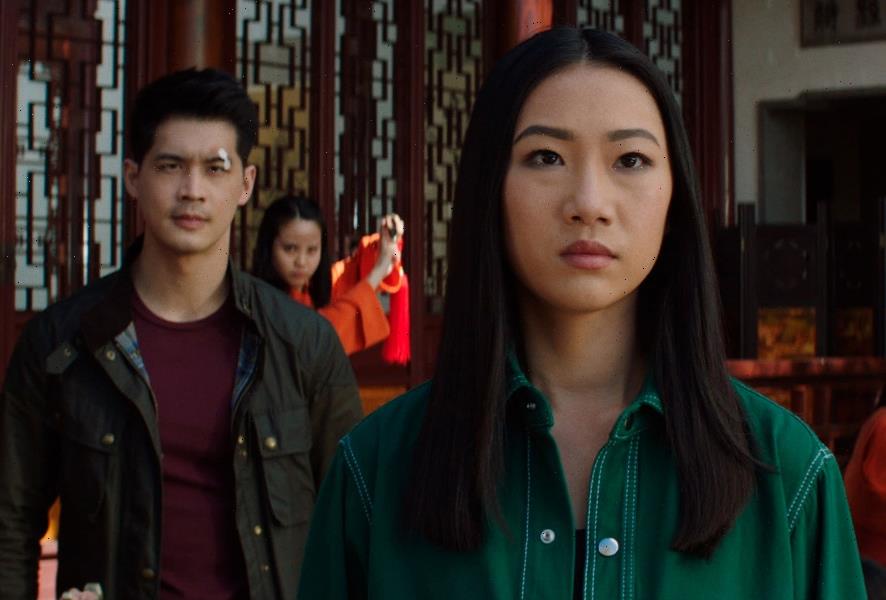 The battle is on in Kung Fu’s season finale, airing Wednesday at 8/7c on The CW.

Before Nicky Shen can fully embrace her destiny and open the Forge, she must go through Zhilan (Yvonne Chapman), who murdered her shifu Pei-Ling (Vanessa Kai) in the exact place she watched her die.

According to Olivia Liang, who plays Nicky, the finale will feature some “heavy stuff” as the predestined warrior embarks on the fight of her life in a place that bears a lot of emotional significance.

“She’s been seeing visions of [Pei-Ling] throughout the season, and then to finally go back to where this all started and where she really discovered who she is, it’s going to be hard and very emotional for her,” Liang tells TVLine. “But she’s back with fresh eyes and more purpose. She’s a much stronger person than she was when she left there. She also has Henry, who is a rock for her, by her side. I think it’s going to be up and down for her internally.”

Nicky will need to sort out her emotions if she hopes to defeat Zhilan, who’s had one singular goal this season — collect all the mystical weapons and unlock the unfathomable, destructive power she feels she’s entitled to. Last week’s episode ended with Nicky, Henry and her monastery sisters surrounded by Zhilan’s assassins, their fates to be determined. While she can’t give away how it all ends, Liang did assure us that there will be some resolution by the end of the hour.

“We’ve seen Nikki struggle with this destiny for the whole season,” the actress notes. “In [last week’s] episode, we really saw her step into it and say, ‘I have to accept that this is my destiny, this path chose me.’ We get to watch her fully step into that in the finale and then wonder what’s next after that. So there is the resolution, and then the open ended question of, ‘What’s to come?’”