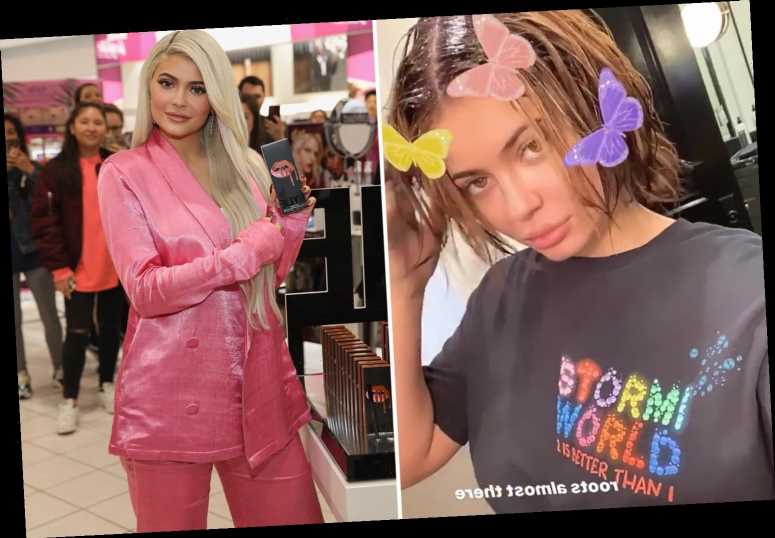 KYLIE Jenner left fans stunned as she showed off her naturally short hairstyle.

The Keeping Up With The Kardashians star is known for her flowing, brunette locks which she often shows off on Instagram. 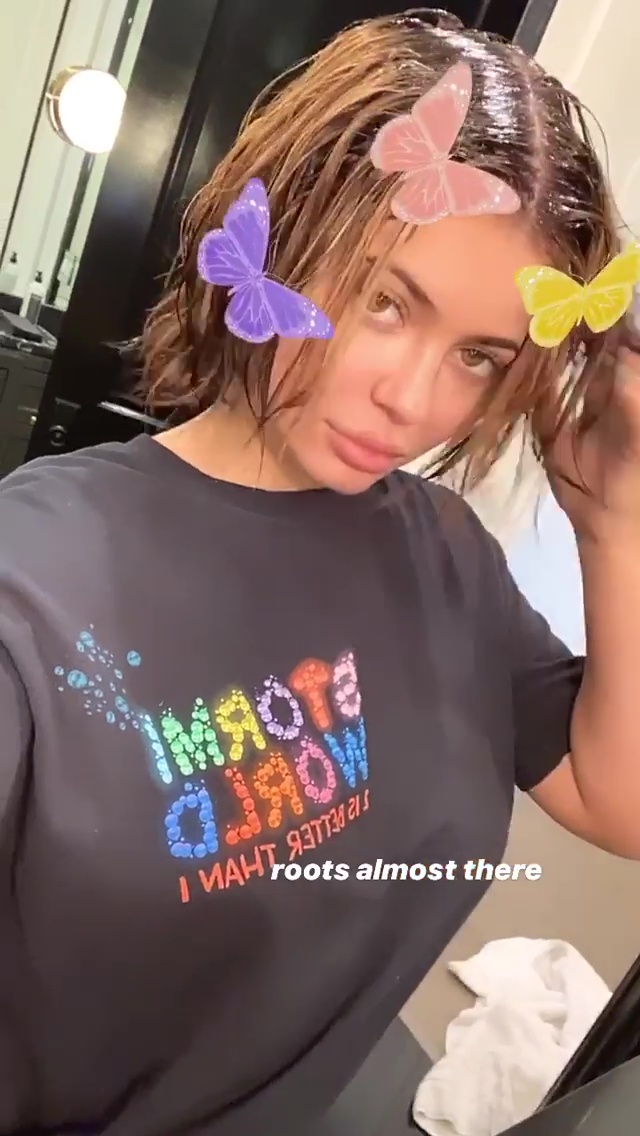 Previously, the mum of one has also tested the theory blondes have more fun, sporting long locks with Beyonce-style ringlets flowing down her body.

Yet she has now taken to her Instagram Stories to reveal the very real truth about her stylish look.

She gave her followers an insight into a pamper day where her extensions had been removed, leaving her hair hovering at chin length and soaking wet.

Hints of blonde highlights could still be seen running through her short brunette locks, which had been parted straight down the middle. 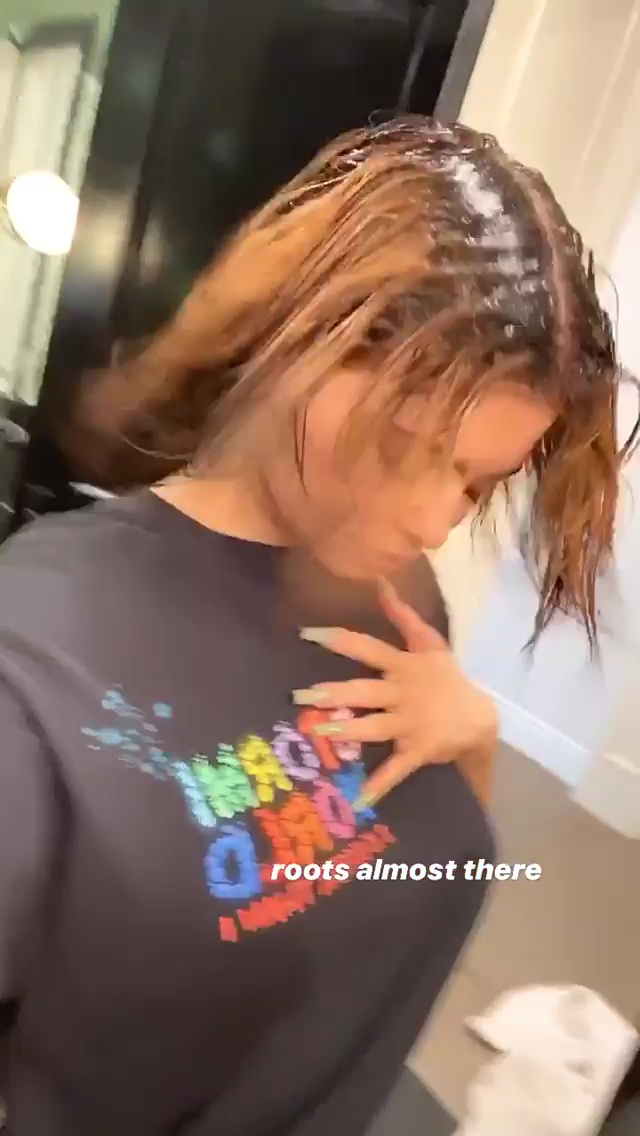 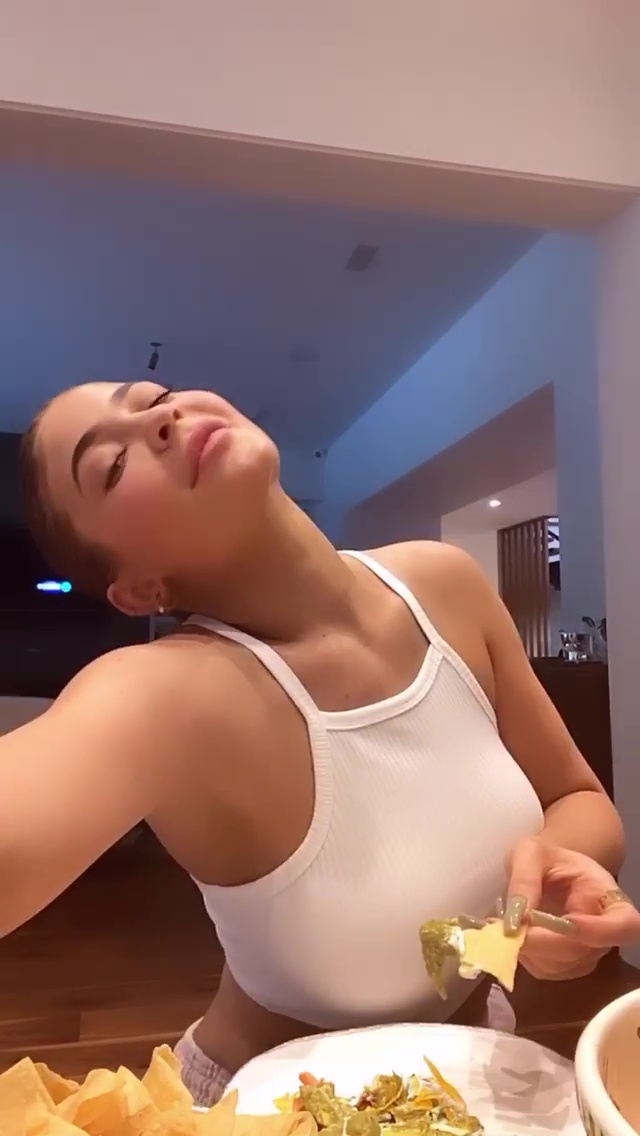 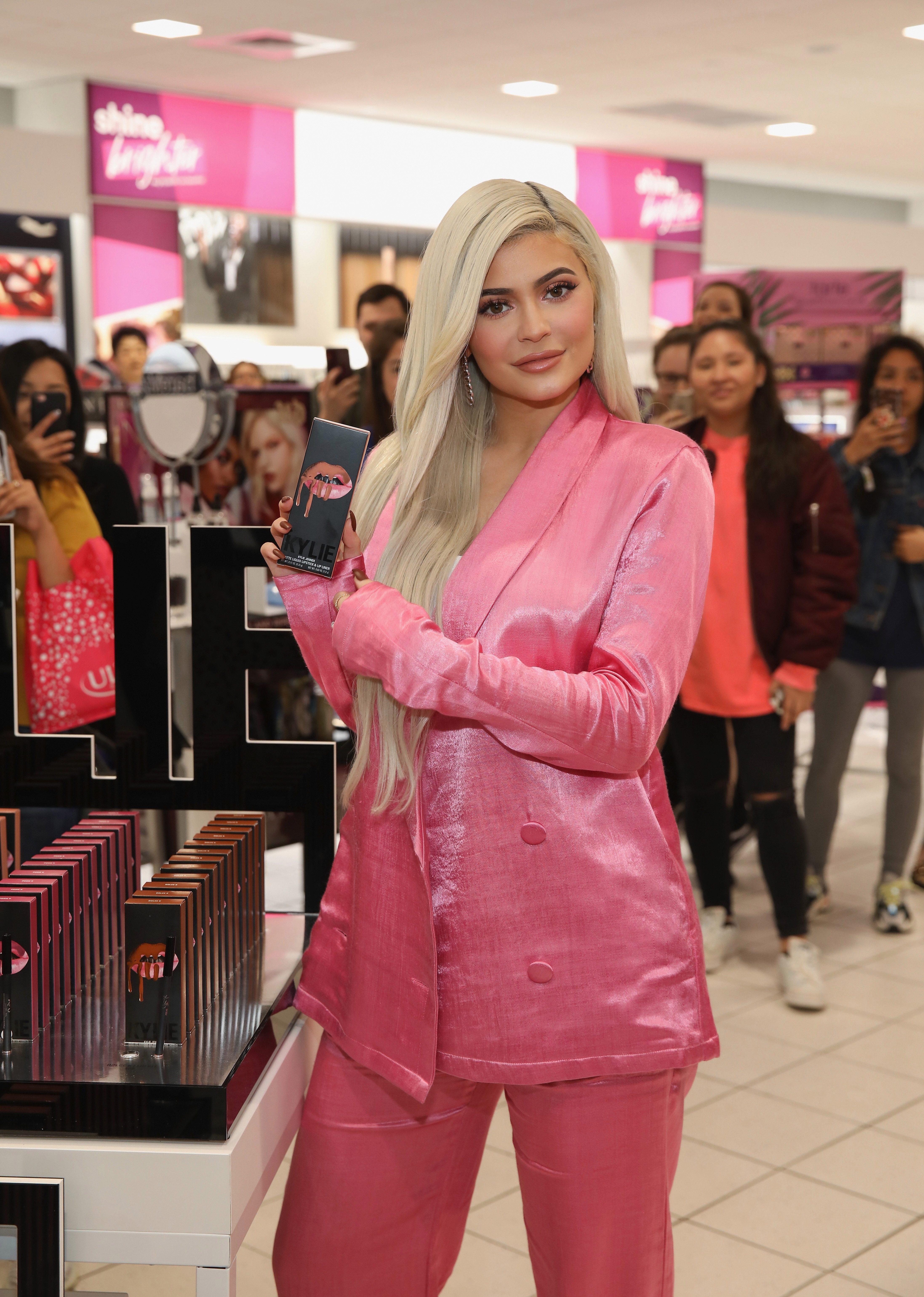 In the first image, Kylie tagged on a butterfly filter, with three of the cartoon creatures hovering around her head.

Going make-up free, she stared into the camera and ruffled one side of her head.

Showing fans she was applying the hair colour at home, her caption confessed: "Roots almost there."

Later images showed her wet hair scraped back in a bun, presumably to let the colour set. 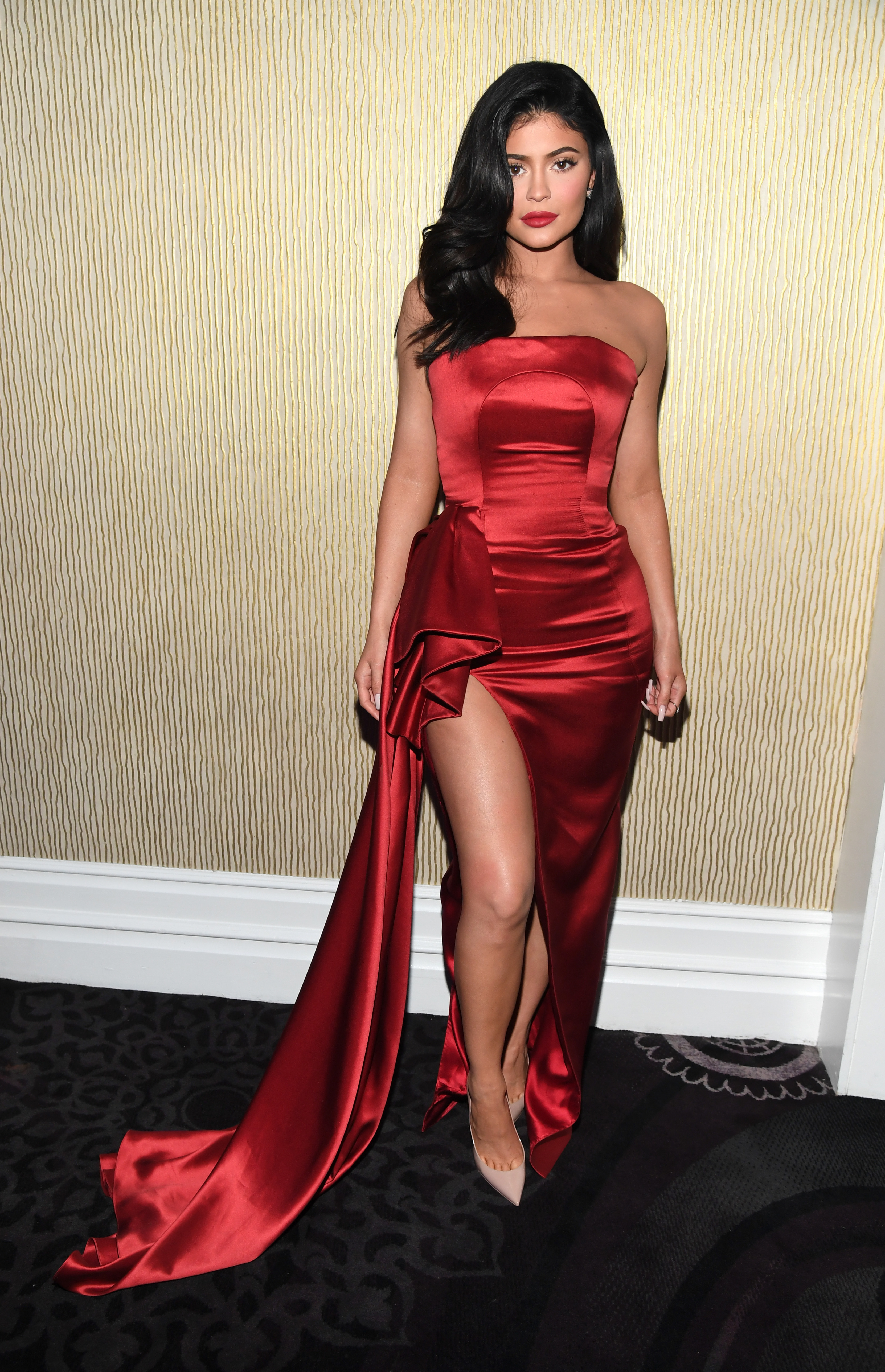 Taking advantage of her rare down time, she tucked into a bowl of nachos and guacamole dip.

Her new look comes just a day after baby Stormi's mum was seen partying with her sisters during a wild night in Los Angeles.

Shortly beforehand, it was also confirmed Kylie and ex Travis Scott had reunited – and been back together for "weeks."

Last month The US Sun confirmed the reality TV star and her rapper beau were an item again, but it seems they're not rushing into anything serious. 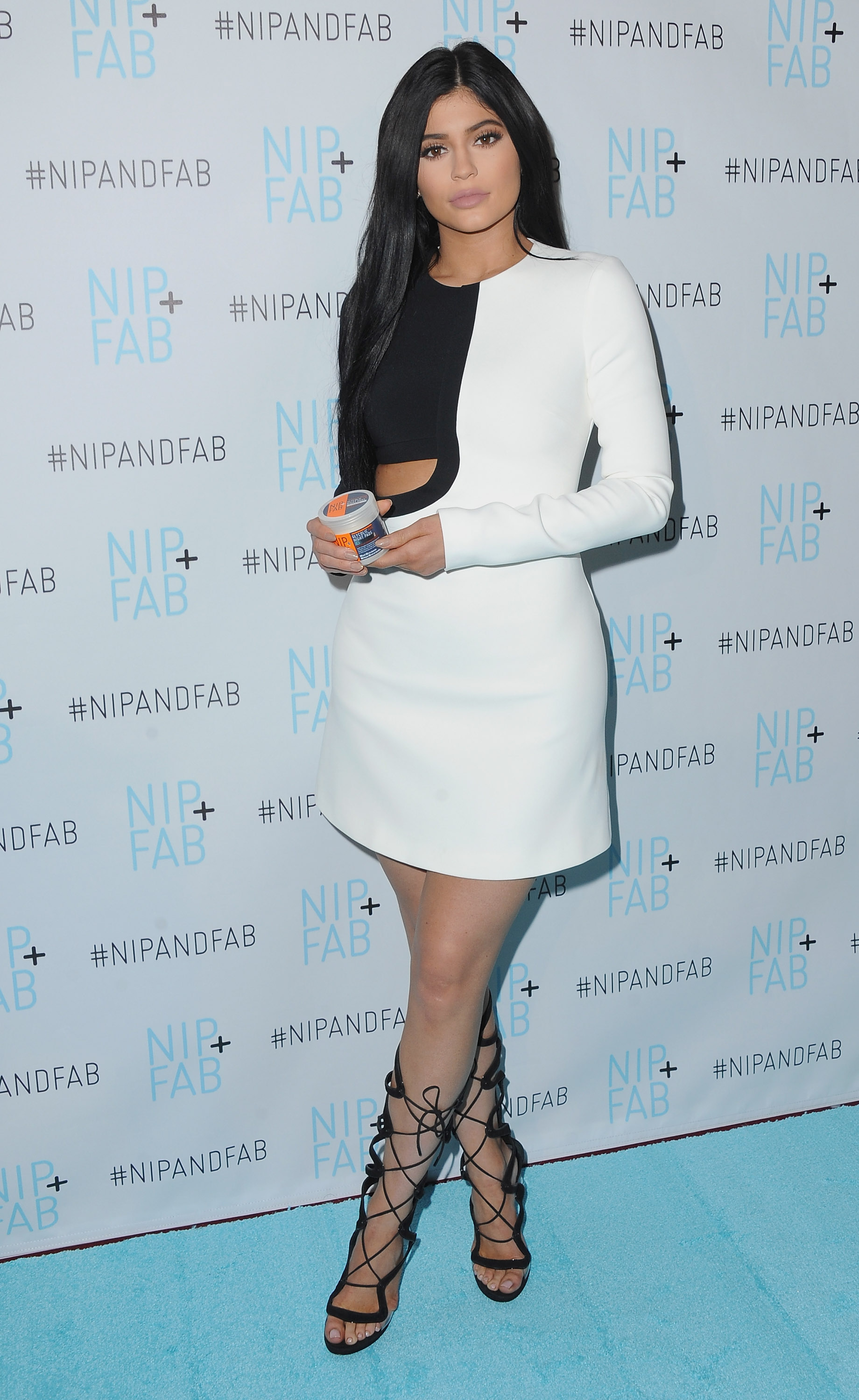 A source exclusively told The Sun: "Kylie and Travis are back on, but they're taking things slowly.

“They'll keep their separate houses and don't want to do anything too public as if everything goes wrong, they don't want to announce another split.

“But they're together – her family are happy but want her to be cautious," they added.

But now, according to TMZ, the pair regularly sleep under the same roof as one another but are not rushing to put a title on their relationship just yet – despite co-parenting Stormi.