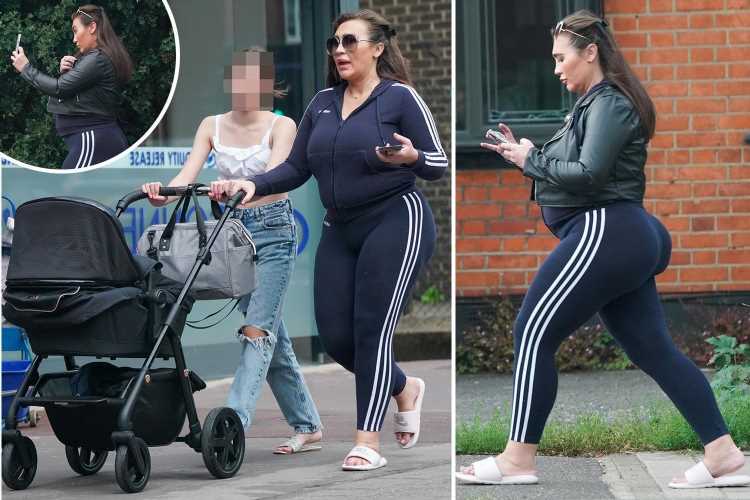 LAUREN Goodger has been seen in public for the first time since giving birth to her daughter Larose.

The 34-year-old former Towie star checked her phone and snapped selfies as she went for a walk with the tot. 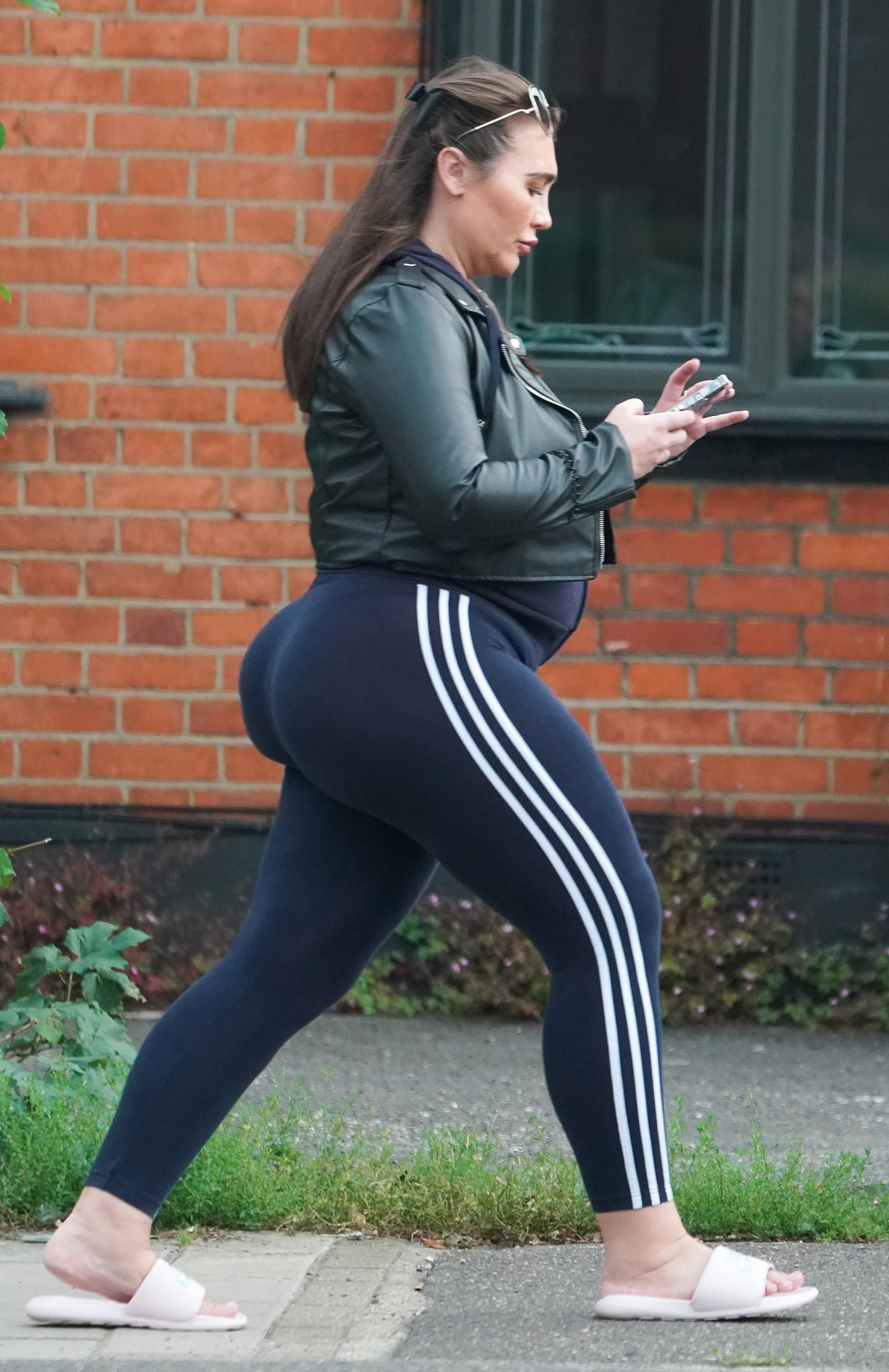 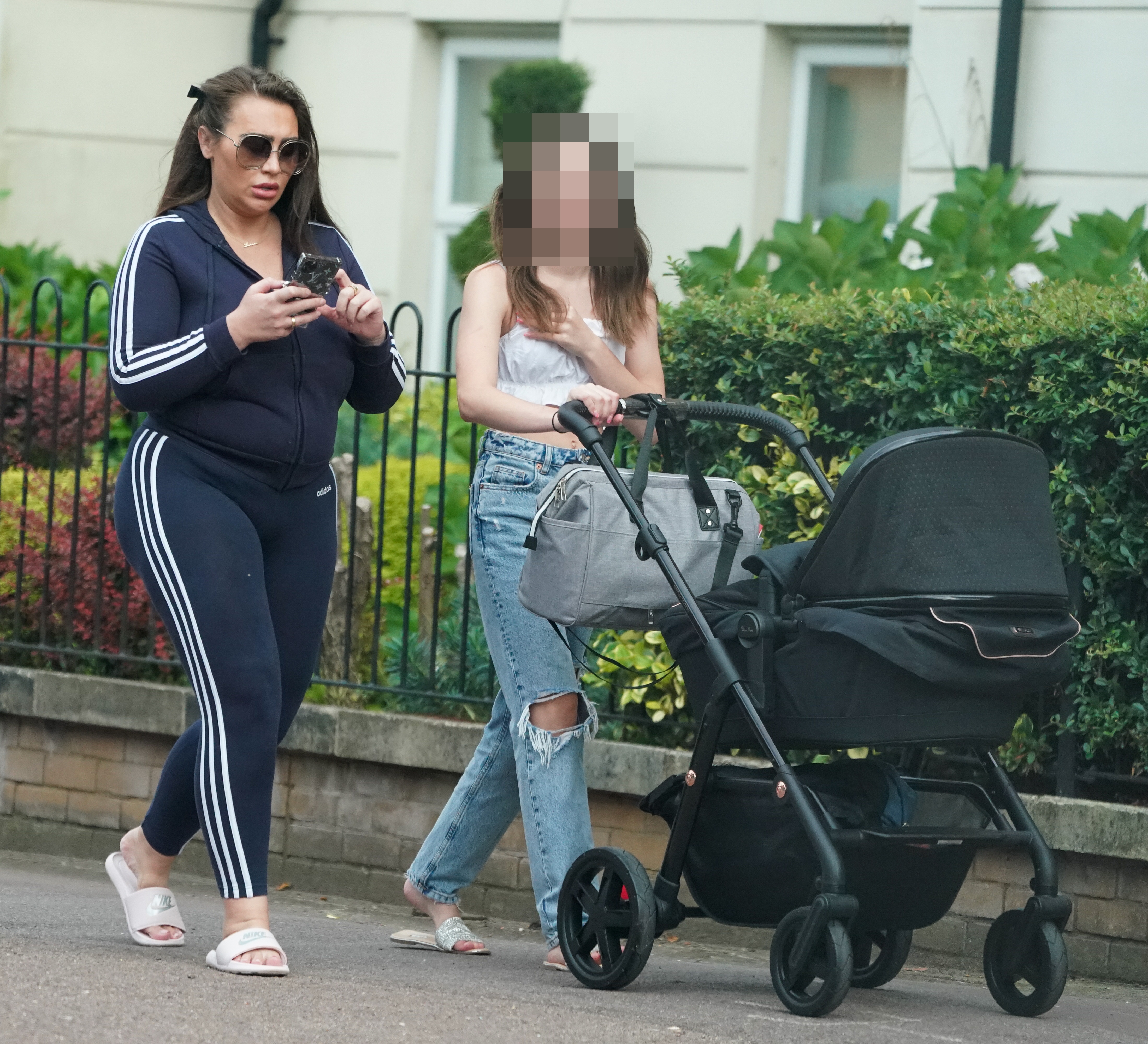 Her niece was seen pushing the pram while Lauren, clad in an Adidas tracksuit and shades, walked alongside her.

She kept things comfy wearing a pair of padded slippers with the blue zip-up top and leggings.

Lauren, who has long been famous for her gravity-defying bum, gave birth to her first child with Charles Drury last month.

She explained on Monday that she did so "standing up" saying she "got in the zone" to deal with the pain of contractions.

The star earlier revealed that she had named the newborn after herself saying "it feels so special".

She told OK!: "I decided to call her Larose because my great-nan was called Rose and I’m named Lauren Rose after her. So I decided to name my daughter that after me."

Lauren added: "Charlie and I loved the name so much and came up with it together as it’s unique and we haven’t heard of anyone else who has it."

The former Towie star had been desperate to give birth after the heat made her exceptionally uncomfortable at nine months pregnant – with her body covered in an itchy and sore rash.

She confessed that she and her beau had been having sex "all the time" in a bid to speed up labour.

Lauren and Charles enjoyed a whirlwind romance and went public with their relationship in October last year – with the star falling pregnant shortly afterwards. 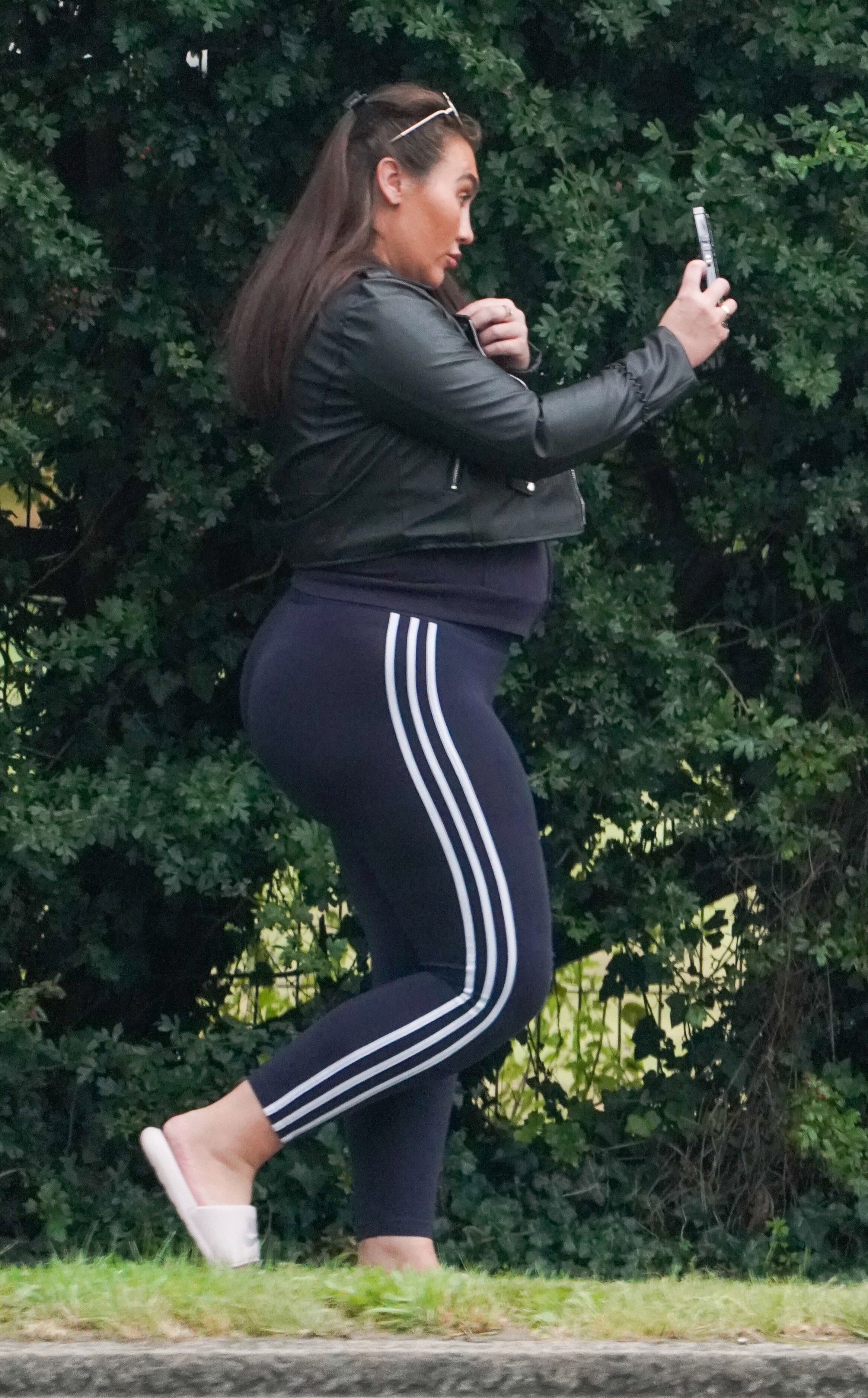 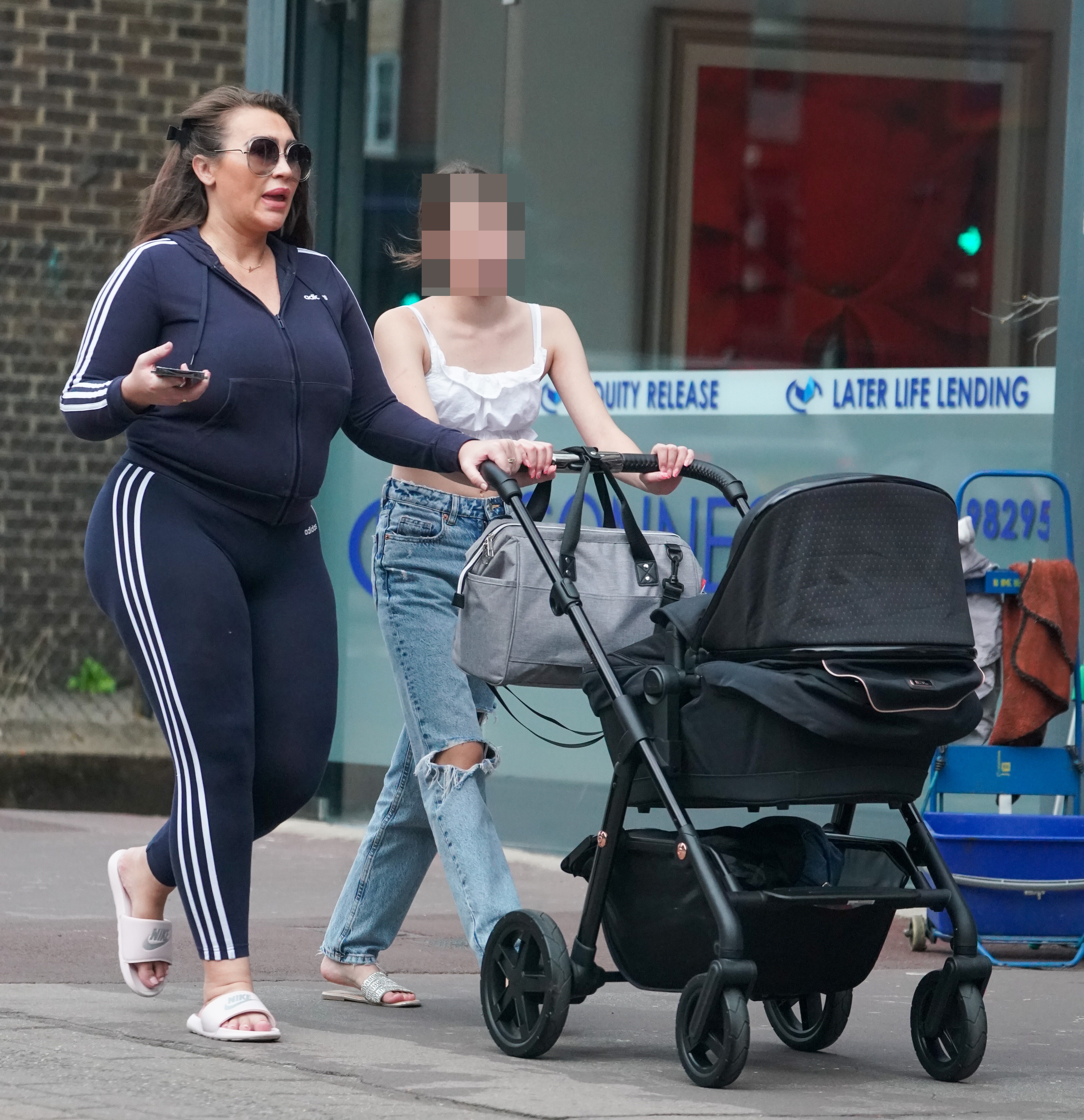 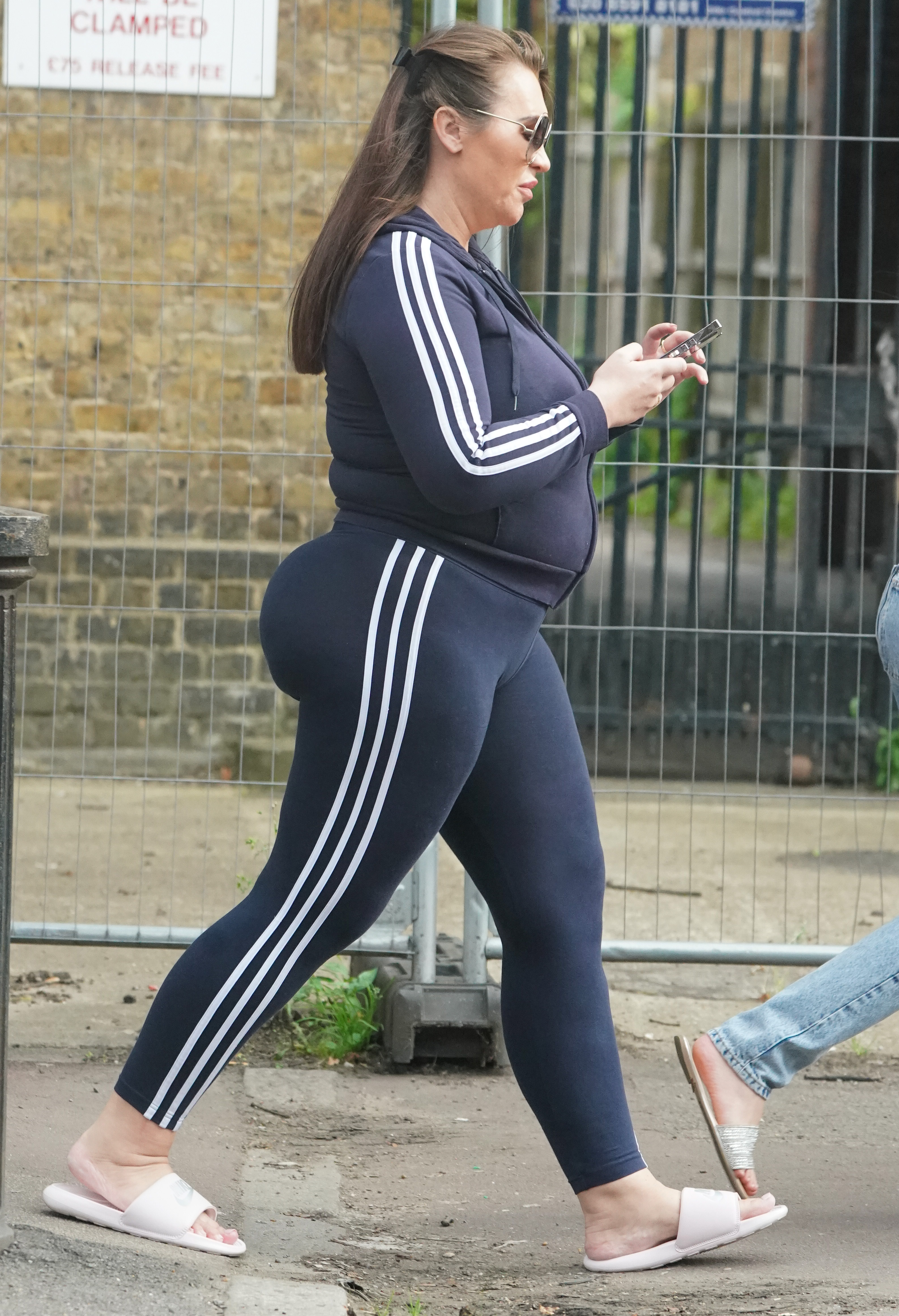 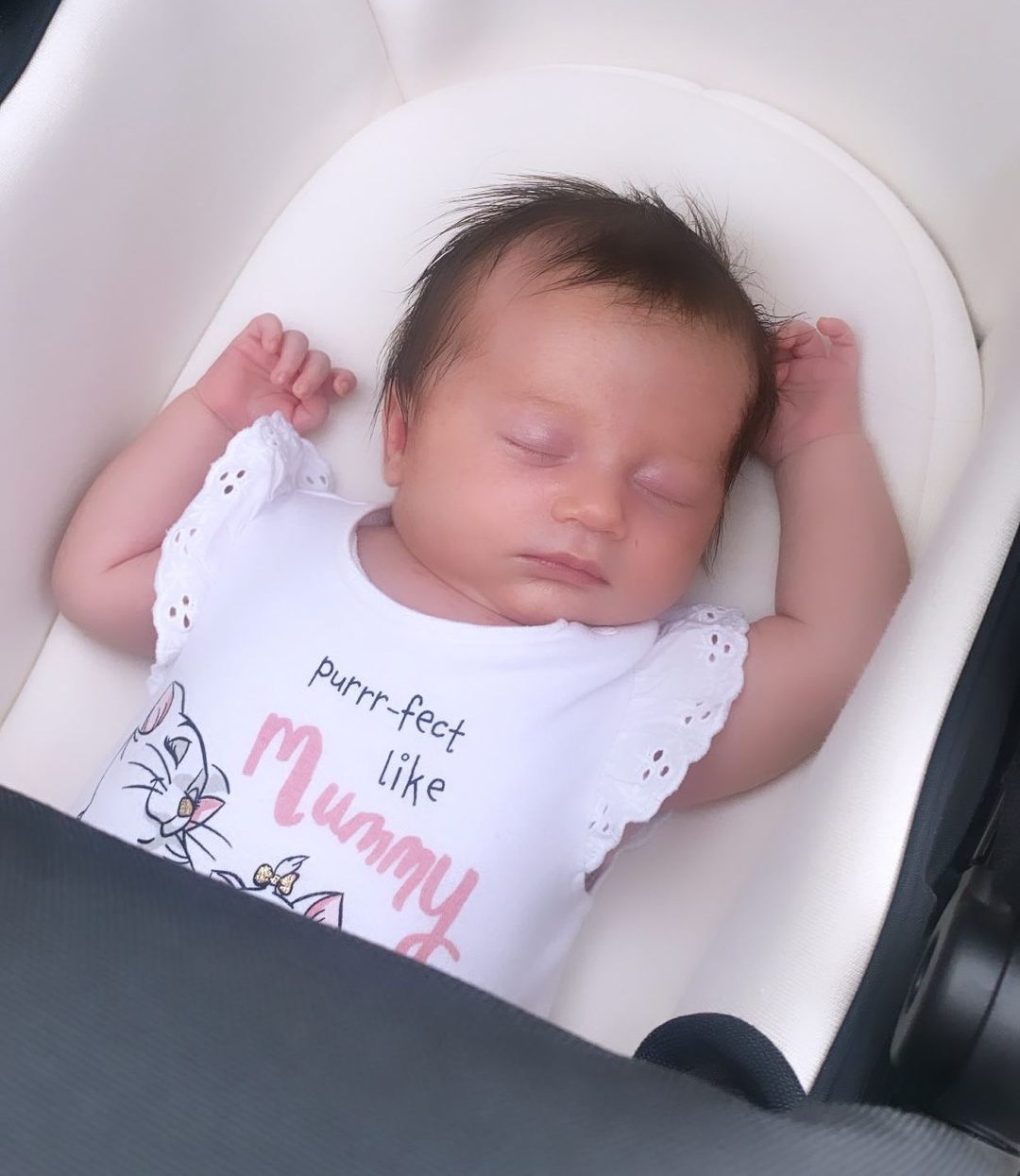