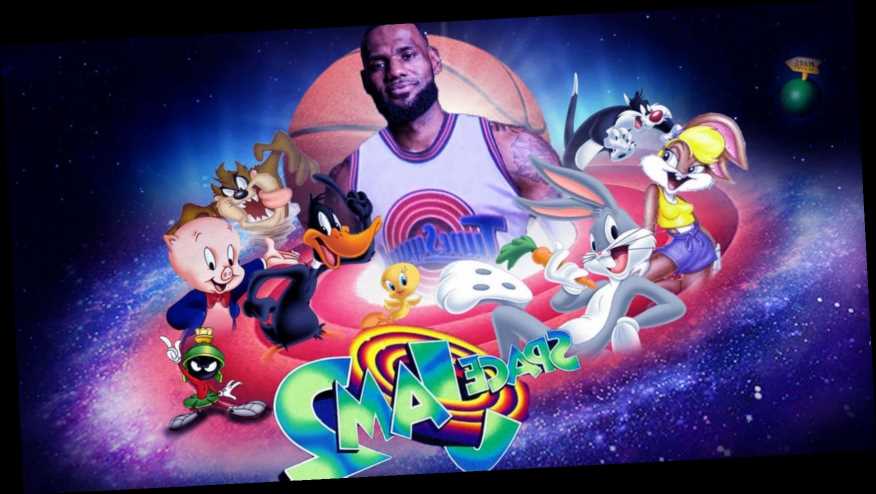 Michael Jordan met and helped out the Looney Tunes in Space Jam, but it appears LeBron James will be bumping into a lot more fictional characters in the sequel.

The movie industry has been flooded with remakes and long-overdue sequels these past few years. Between Disney’s live-action remakes and movies from the 80s and 90s finally getting follow-ups fans never thought they would see, the order of the day in Hollywood right now is nostalgia and lots of it.

One of the most-anticipated sequels on the docket right now is Space Jam 2. It feels as if the long-rumored follow-up movie was only just announced, and LeBron James revealed as its star. However, production on the movie has already wrapped ready for its 2021 release. What’s more, footage from the set has leaked, and it is very, very interesting.

RELATED: Black Widow’s Final Trailer Shows Off One Of Marvel’s Most Notorious Villains

The original focuses on Michael Jordan teaming up with the Looney Tunes. However, judging by the leaked footage above, James will be coming into contact with a lot more fictional characters than Bugs Bunny and Daffy Duck. Watch closely and you’ll catch glimpses of The Mask, Lord Voldemort, and even the Joker.

It's Real, It's Freaking Real. Didn't Believe Me? Told Y'all That This Isn't fake. You Can Repost If You Want, But Just Remember To Give Credit. – there you have it, we even have voldemort in this footage. The rumor is the sequel will expand so its not just the Loony Tunes, but other WB properties. So we are looking at DC, Wizard of Oz, Harry Potter potentially, etc etc ( ?????? @dcuverse )

All three of those characters are Warner Bros. IP, at least in the movie world, so the assumption is the movie will take place in the wider Warner Bros’ universe as opposed to the one solely occupied by cartoon characters. We’re also assuming these characters will also only be making brief cameos in the movie, but you never know. Perhaps they will make up a part of the villainous team James and the Looney Tunes have to take down this time around.

Warner Bros. has done its best to keep almost everything about the movie under wraps for as long as possible. Once production has wrapped, however, that becomes extremely tricky. It certainly won’t be happy that someone on set filmed footage and leaked it online. Footage that reveals things about the film its creators would have wanted to keep as surprises for those who go to see it when it’s released in 2021.

NEXT: The Truth Behind Big Bang Theory’s Controversial Use Of “Soft Kitty”