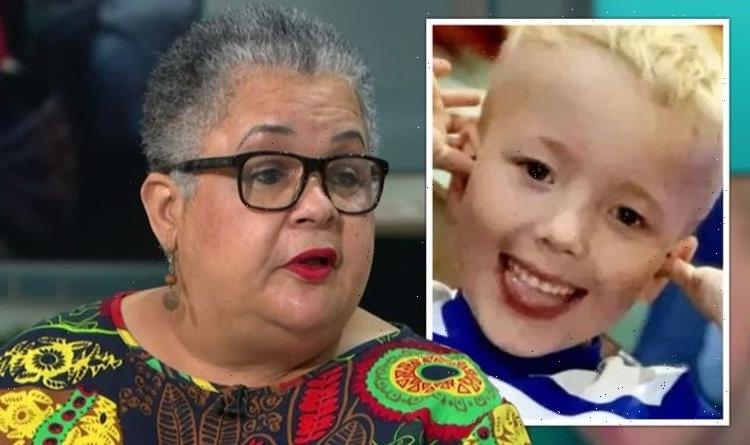 Madeline Halcrow, the grandmother of murdered six-year-old Arthur Labinjo-Hughes spoke out in her first live television interview on Tuesday morning. The grieving grandmother was welcomed onto Good Morning Britain by hosts Martin Lewis and Susanna Reid. Discussing the tragic events that lead to her grandson’s death, Madeline insisted his killers Emma Tustin and Thomas Hughes should have been given longer jail sentences.

Madeline insisted there needed to be changes made in the social services system.

She said: “What I want changed is the whole interagency review. I don’t know whether they have case conferences.

“In my days, when I started nursing we’d have case conferences and that would be everyone involved,” the grandmother explained.

She continued: “Everyone involved, teachers, social workers, get together once a week to discuss everyone.

“I appreciate everyone’s workload is higher, but it’s like somebody, nobody, anybody could have done it, but nobody ended up doing it anyway.

“This is a classic case of that,” Madeline added.

The grandmother also suggested Arthur’s murderer should have received a longer prison sentence.

Speaking about Emma, who was found guilty of Arthur’s murder, Susanna said: “She has got a life sentence with a minimum term of 29 years.”

She also referenced Arthur’s father, Thomas, who was convicted of manslaughter.

The presenter explained: “He has got 21 years and will probably serve at least two-thirds of that before being considered for release.

“Is that long enough for what they did to Arthur?” Susanna questioned.

“They’ve taken him from my daughter. Life should mean life. There was no remorse, no sympathy shown.

“I’m sure I speak for everybody watching, we wish you as much ease as is possible for your grief at this horrendous time and we hope you get the justice for Arthur,” Martin said.

Good Morning Britain airs weekdays at 6 am on ITV.