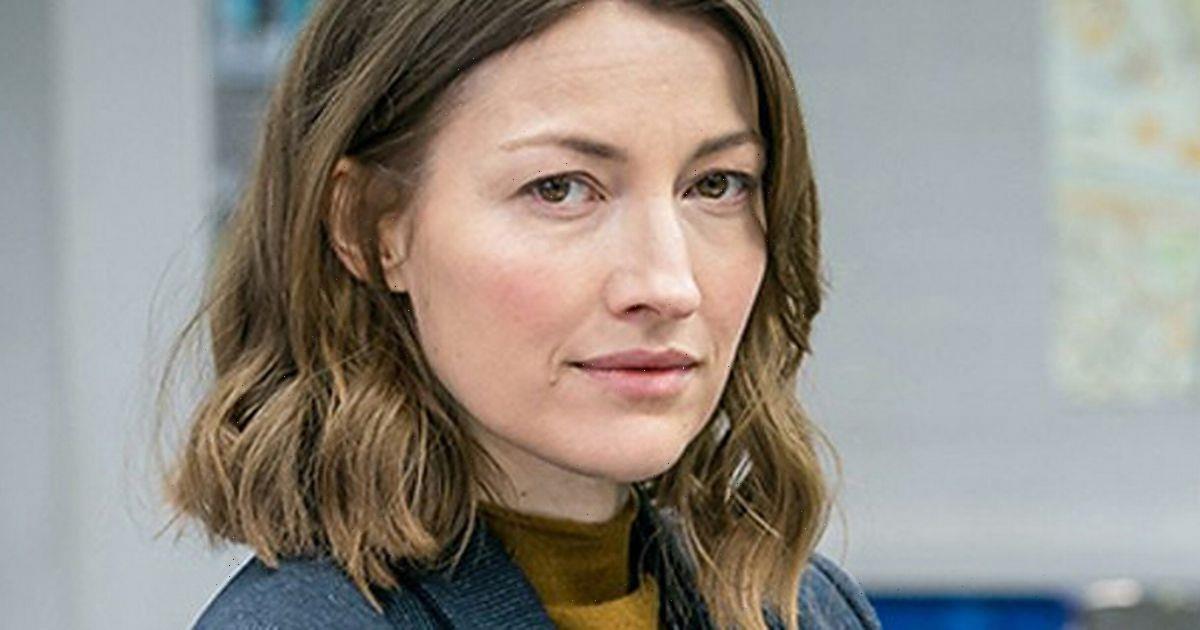 Line of Duty is famous for linking everything in the series to what has come before and this season is no exception.

We should not be surprised then that the latest episode showed another link, this time between Jo Davidson, played by Kelly Macdonald, and a mystery character.

The end of episode four revealed that Acting Det Supt Jo Davidson is the blood relative of a key character already known to AC-12.

They ran Jo’s DNA and found she is related to someone with a criminal record, someone shocking enough to elicit a “Mother of God” from Ted Hastings.

When Steve and Chloe present the DNA evidence to Hastings, Steve seems to say “He’s identified over the page”, suggesting a male relative, yet with Line of Duty it’s impossible to be sure.

We looked at some of the theories of who the mystery relative could be.

Tommy Hunter was the former leader of the OCG who blackmailed Tony Gates in series one and a paedophile who abused young boys in an OCG-run child sexual abuse ring in Sands View children’s home.

After being given immunity for providing information, he was killed by the OCG in season two.

Fans have linked this characters to Jo since the beginning thanks to the fact that they are both Glaswegians, suspecting that Jo could be Tommy’s daughter.

However the 14-year-gap suggests instead they could be siblings.

But with Tommy dead by the OCG’s hands, what could they want with a relative of his?

In episode one Farida complained she had never met Jo’s family, leading Jo to claim “I don’t have a family.”

She later thew a wine glass at a photograph that appeared to show a younger her with her mother.

This has led fans to ponder the motives of this outburst and whether there is a link between Jo’s family and the mysterious hold the OCG had over her.

A pre-existing fan theory is that the the framed photo shows Anne-Marie McGillis, series five UCO-turned-rogue-bent-copper-hunter John Corbett, which would make Jo his sister.

When Anne-Marie was killed by the IRA, John was sent to live in Liverpool with his aunt and uncle.

The theory goes that Jo was sent to live with relatives on Glasgow, giving the siblings different accents.

However the two characters were born the same year months apart and while the picture resembles Annie-Marie they appear to be two different women.

Like our previous suspect, series three’s Danny Waldron’s mother died when he was young so he moved around a lot before ending up in the Sands View children’s home, where he was routinely abused.

There exists a small clue that could mean that he is related to Jo, in that his home address was 5 Croxford Street.

Is this a coincidence, red herring or a clue?

Previous key characters ACC Derek Hilton and DCC Mike Dryden were, like Jo, also from Scotland, which could suggest a link.

Derek was a bent copper who apparently killed himself in series four, after he conspired with Jimmy Lakewell to frame Michael Farmer for murder.

Mike quit the force at the end of season 2 after being convicted of perverting the course of justice for lying about a speeding ticket. He is the only suspect on this list that is still alive.

Who do you think the relative is? Tell us in the comments below