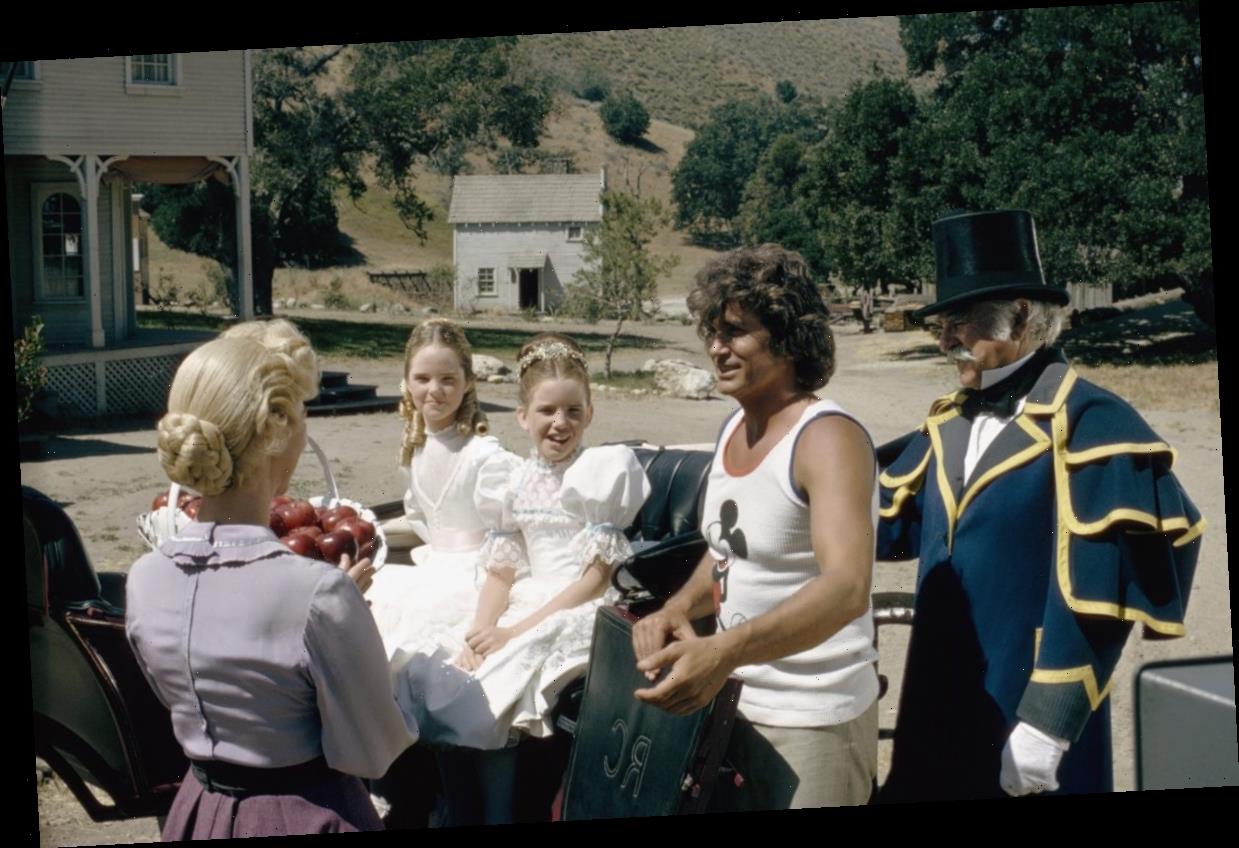 Michael Landon played admirable, heroic characters on shows like Bonanza, Little House on the Prairie and Highway to Heaven. Behind the scenes, however, he had a nuaghty side. Prairie star Melissa Gilbert has shared some details about Landon’s vices, such as drinking on the set. She recently revealed details of Landon’s naughty sense of humor too, to the chagrin of Katherine MacGregor and Karen Grassle.

Gilbert devoted a two-part episode of her Gilbert and Busfield podcast to Little House on the Prairie on April 18, 2020. At the end of part one, Gilbert revealed Landon went too far for some of the actors on the show.

Gilbert said Landon had a naughty sense of humor. He kept it relatively clean when she was nine at the beginning of Little House on the Prairie. However, Gilbert eventually grew old enough to be observe the real Landon.

“Not when I was that little,” Gilbert assured. “When I was older, I got to be privy to the adult nasty humor, but I got some good jokes when I was a kid. It was a lot of poop jokes, lots of fart jokes, lots of booger jokes.”

And then, as soon as cameras rolled, Landon was solemn as Charles Ingalls.

“On a dime,” Gilbert said. “He would literally lean in and tell us something really funny and go okay, everybody, let’s go. You turn around and he’s sobbing and there’s tears pouring down his face. So we got really good at being nimble.”

Looking back, Gilbert could tell some of her Little House on the Prairie costars were upset by Landon’s dirty jokes.

“I don’t think the grownups liked that that much, by the way,” Gilbert said. The grown up women did not appreciate it. The two main female actors of the adults were Karen Grassle, obviously playing Ma, and Katherine MacGregor who played Mrs. Olson. These are two very trained theater actresses who have a process and a preparation and they do things their way. So they’re not accustomed to this ribald [atmosphere].

Not even so much for their content, but how he interrupted their preparations.

“It’s very interruptive of an actor’s process to go from joking [to dramatic] unless you’re used to that,” Gilbert continued. “At the time the jokes were inappropriate and I think some of the ladies got a little offended at times. I would now if I heard some of this stuff. I might be bothered by it.”

Gilbert acknowledged that today, actors would refrain from uncomfortable humor, not the least of which because of #MeToo. In the permissive ‘70s it was condoned.

“You can’t do this anymore,” Gilbert said. “You just can’t. It’s just not doable and it’s great. It’s fine. Listen, there’s a lot of stuff going on on that set that you can’t do now.”