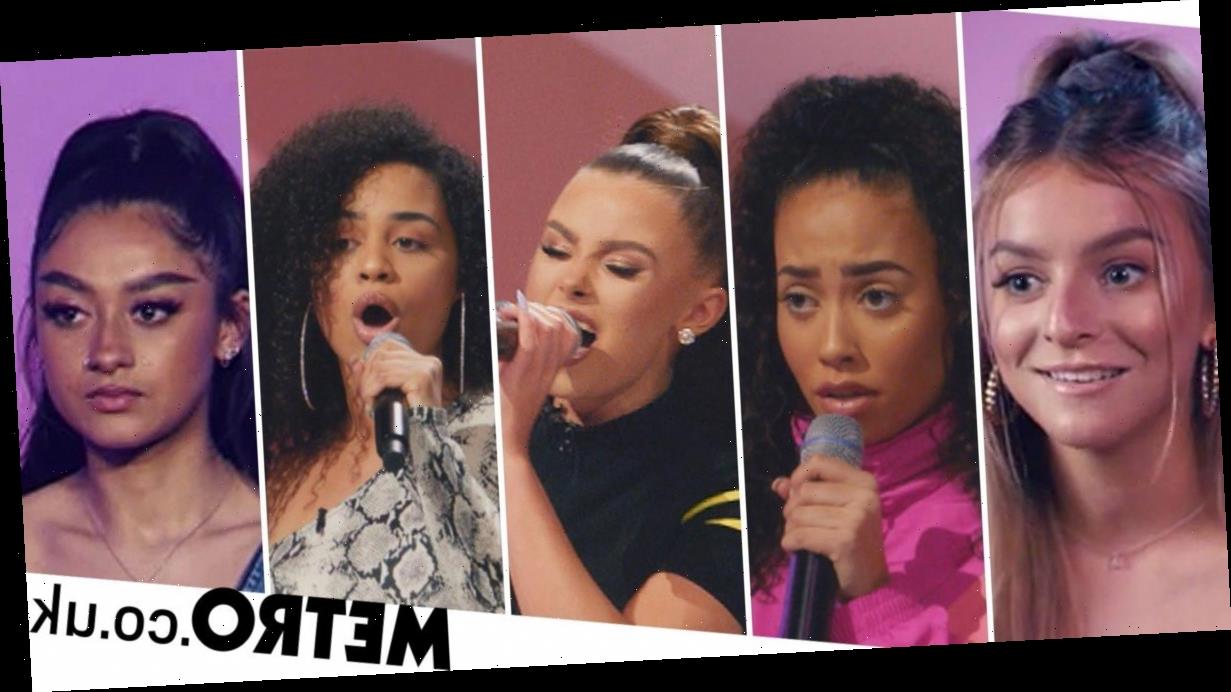 Little Mix threw a spanner in the works right before they were going to reveal their fifth band on The Search.

In their new BBC series, Perrie Edwards, Jade Thirlwall, Leigh-Anne Pinnock and Jesy Nelson are all hunt for the next best group.

During tonight’s instalment, the Wings singers were looking for a ‘mini’ version of themselves – a girl band who could sing and dance.

After the audition process was over, the band had to narrow the group down so they set them a dance and vocal challenge.

After much deliberation, the pop stars decided to cut the band down from nine singers to seven, as they went into the next round.

The final seven singers then had to sing and dance live in front of an audience while Little Mix decided who they wanted in their band.

Although, the group changed their mind at the last minute.

‘So, sadly not all of you will make it to our girl dance group,’ Perrie began.

‘We can reveal there are four spaces in this group.’

Jesy then interjected as she whispered to her band mates: ‘Now looking at them I do think she weighs them out.’

Perrie added: ‘We have changed our mind, there will now be five spaces in this line-up.’

The girls then proceeded to shout out the names of the contestants who had made the band, which included – Megan, Ellie, Liv, Aisli and Lauren.

‘I feel really emotional, we are so excited to work with you girls,’ Jade told them.

The girl dance group will now join the vocal and instruments band, the girl group, the mixed group and the boy band group.

Little Mix: The Search airs on Sunday at 7pm on BBC One.