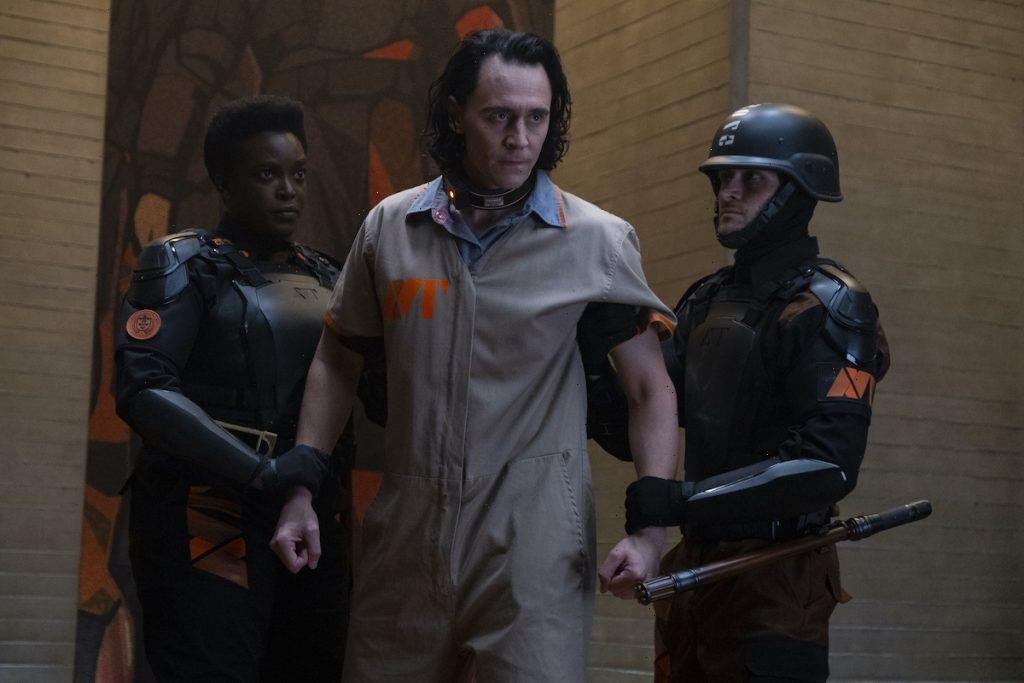 Disney+’s Loki will clear up how time travel works in the Marvel Cinematic Universe. Ahead of the series premiere on June 9, producer and writer Michael Waldron shared details about the “airtight” time-travel theory the writers room created for the show. And Waldron is hoping Marvel fans won’t be able to dispute their approach to time travel.

How does time travel work in Marvel?

Marvel was able to avoid time travel for most of its early phases. But the genre is so prevalent in the Marvel comic books that it was inevitably going to come into play. Movies like Doctor Strange and Ant-Man all addressed time and multiple dimensions, as did Thor: The Dark World (during which Loki was supposed to die for good). But the Loki Disney+ series will establish a new precedent for time travel moving forward.

In Avengers: Endgame, Bruce Banner was able to use quantum mechanics to build a time machine. But new realities were created whenever someone traveled through time. As Tilda Swinton’s the Ancient One warned, the Infinity Stones would have to be returned to the timelines they were taken from in order to restore the balance of reality. Captain America took that task upon himself, and then opted to stay in the past to be with Peggy Carter. But the plot holes in Cap’s solo time travel adventure has left fans confused.

Phase 4 of the MCU has been setting up the introduction of the Multiverse. Doctor Strange in the Multiverse of Madness, Spider-Man: No Way Home, and the animated series What If? will further explain time travel and alternate dimensions. And Loki will tee it all up.

In Loki, the Time Variance Authority are the real time experts. The bureaucratic agency preserves the fabric of reality by arresting anyone who messes with it. In an interview with Vanity Fair, Waldron said his team had to spend hours upon hours creating the TVA’s “institutional knowledge” of time travel. And its understanding will be far superior to the knowledge the Avengers worked off of in Endgame.

“We had to create an insane institutional knowledge of how time travel would work within the TVA so the audience never has to think about it again,” he said, acknowledging how confusing time travel in the MCU can be. “It was a lot of drawings of squiggly timelines.”

Waldron knew fans would pick apart their theory, so they tried their best to make it foolproof. He said:

“I was always very acutely aware of the fact that there’s a week between each of our episodes and these fans are going to do exactly what I would do, which is pick this apart. We wanted to create a time-travel logic that was so airtight it could sustain over six hours. There’s some time-travel sci-fi concepts here that I’m eager for my Rick and Morty colleagues to see.”

‘Loki’ makes messes for the MCU

Waldron’s work on Loki led to him being tapped to write Doctor Strange in the Multiverse of Madness. While creating the Tom Hiddleston-led series, Waldron knew he was causing chaos that future MCU movies will have to fix.

“‘Yeah, we’ll leave that for the next writer,’” he said he told himself. “But then you do that on Loki and you find yourself writing Doctor Strange and you have to clean up your own mess.”

The producer told Total Film Loki will, indeed, cause problems that will need fixing in the Doctor Strange sequel and beyond. He said:

“All of these stories, in their own way, are interconnected, and have ramifications. I think that certainly our aim with the Loki series was for it to have wide-reaching ramifications across the MCU moving forward. So, you know, was I having to clean up some of the messes that I made [with Loki]? Maybe so.”

Loki debuts on Disney+ on Wednesday, June 9, and will have six episodes.