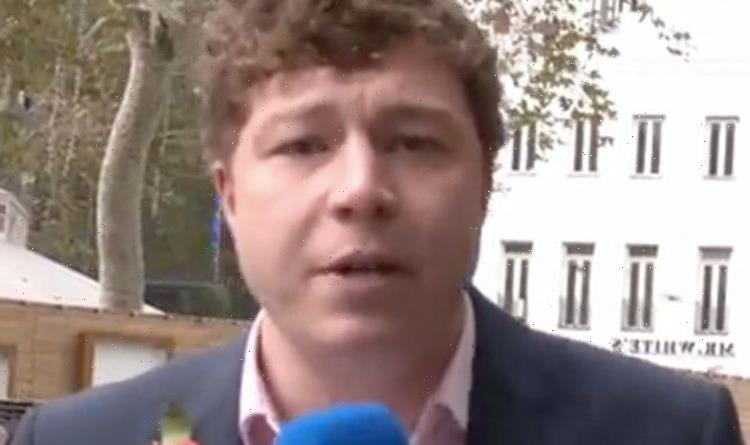 GB news Patrick Christys has taken to the streets of the UK to find out whether Britons think they would tolerate a GP strike. It came after the the British Medical Association (BMA) planned for a ballot on industrial action over NHS’s proposals for more face-to-face appointments as lockdown restrictions ease.

GB news Patrick Christys was seen speaking to a few Londoners on the streets.

One woman said: “I would support them going on strike actually.”

The woman said: “Obviously it would affect a lot of people but you need to do something quite drastic to have a change.”

However, almost every person that Mr Christy talked to next opposed the idea of doctors going on strike.

One man said: “No. You can never get hold of them.

“I actually rang for a couple of months ago 41 times to my local GP and couldn’t get through.”

GPs need to get their act together and get back to work.”

Another man said: “No. Wish I could go and see a doctor.

“It’s hard enough as it is getting past the receptionist.

“What are they striking for? I haven’t seen a doctor in three years.

“It’s important you see a doctor face to face I don’t see what the problem is.”

When asked whether they would support the GPs going on strike, two other women said: “Probably not.

“And I can’t understand why you can’t see GP.

“I just wanted like to know what they’re actually doing.”