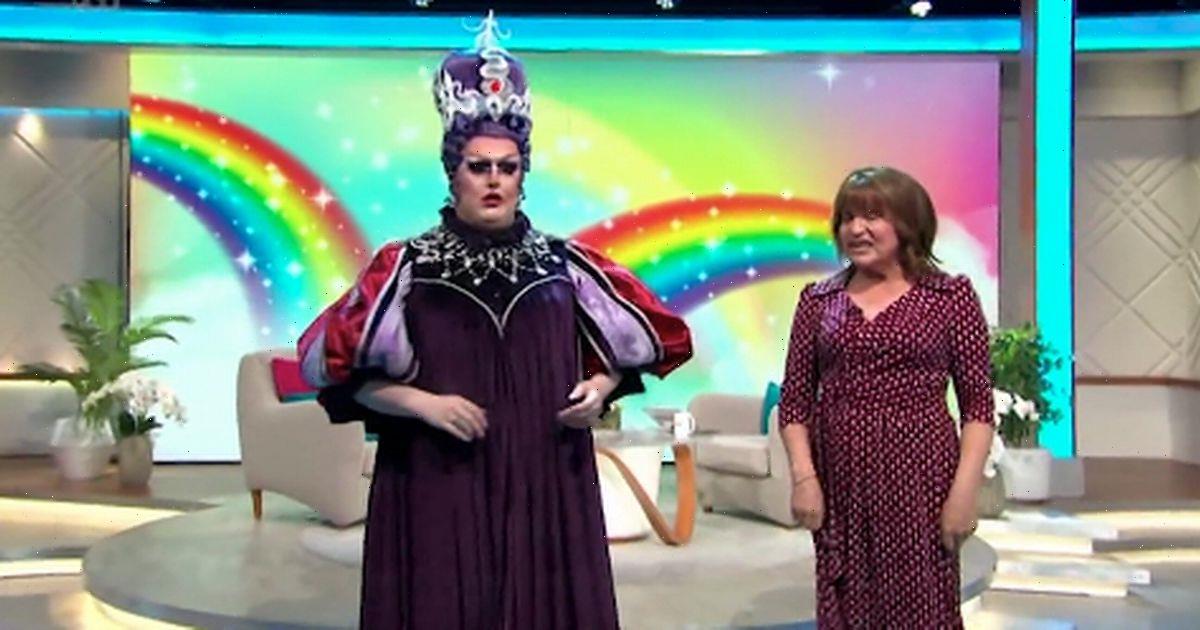 Ru Paul's Drag Race UK champion Lawrence Chaney is known for leaving her fans in fits of laughter and today was no different during ITV's Lorraine.

The Scottish drag queen, 24, who was on the programme to discuss her new book, (Drag) Queen of Scots: The Dos & Don’ts of a Drag Superstar had hoped all eyes would be on her.

However, given that the show is titled 'Lorraine', Scottish presenter Lorraine Kelly was not going to let this happen as she barged onto the set waving her arms in the air.

Lorraine, 61, ended up in fits of laughter as she rightfully retained her presenting seat.

"Not only feel undecidedly underdressed, it is actually my show if you don't mind", leaving Lawrence speechless.

Fans however loved Lawrence's appearance, instantly taking to social media to share their thoughts on the hilarious moment.

"OMG, what a start to the show this morning… #Lorraine," said one.

While a second added: "I am LIVING for this @shadylawrence #Lorraine."

"As avid fans of Lorraine me and me mam were gagged when you came on. Somewhat disappointed when you weren’t hosting [sic]," penned a third.

A fourth commented: "Best morning ever."

Elsewhere on the programme, former TOWIE star Mark Wright revealed that he was feeling anxious ahead of this weekend's London Marathon.

The reality star revealed that he had been urged to withdraw from the race by his trainer after sustaining an injury but he has no wishes to pull ut and insisted that he will still be competing.

Speaking to Lorraine, Mark said: "I've got a slight injury, I've got a tear in my calf, I've been to the physio this morning, it definitely is going to be bad news, it's definitely causing me a lot of problems.

"It's been going well but I haven't been able to train how I'd have liked, I like to do things to the maximum and do my best.

"It's been a struggle with this injury but we're 72 hours away now, we'll see how we get on in the next 72 hours."

He added: "It's been upsetting really, I've worked so hard to get there and I've believed that I'd get there.

"This morning, before I came on here, I'd been to see the physio and he scanned it and there's still a tear in my calf."