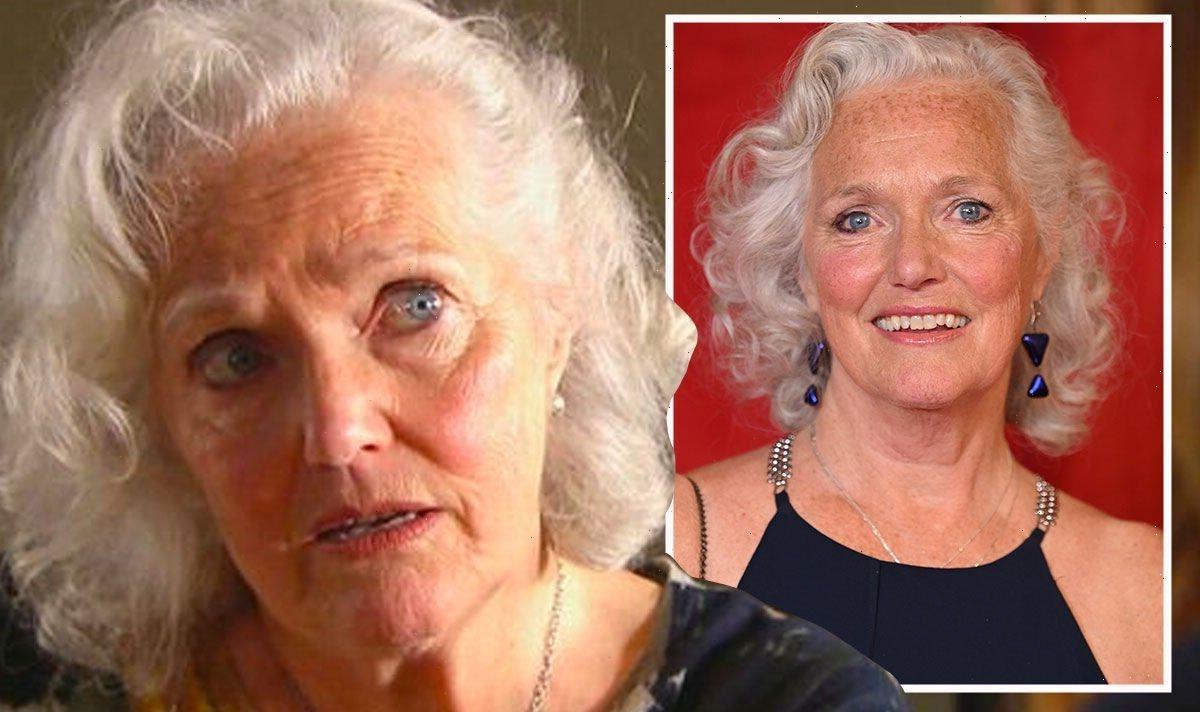 Louise has become one of Emmerdale’s stand-out stars in recent months, having arrived in the village earlier this year as Mary Goskirk, the estranged mother of Rhona Goskirk (played by Zoe Henry). The beloved character will talk about her sexuality this week as she comes out as gay, having hidden her true self away for most of her life. Having won over viewers of the ITV soap, it seems the actress’s character is going to be sticking around and fans might want to know a bit more about the former Doctor Who star.

The actress has been on television for decades, having starred in a multitude of shows such as EastEnders and The Omega Files.

Earlier this year, the soap star marked her 71st birthday, having been born on April 20, 1951, meaning she celebrated her 70th as the nation was coming out of a third lockdown.

Taking to Twitter, Louise’s fans sent her celebratory messages and the actress replied to them with her own post on the social media platform.

Louise wrote in view of her 32,800 followers: “Thanks everyone for the birthday love. What a fabulous day it’s been,” followed by a heart emoji.

It is not known how she marked the day as the actress does not seem to have an Instagram account or she hasn’t shared any pictures of the celebrations.

It was when the actress was 21-years-old did her career took off as she starred in featuring in various television and film projects.

When she was 23-years-old, she appeared in Emmerdale for the first time as the character of Sharon Crossthwaite, who became the first person to ever be killed on the show.

Four years later, when she turned 27, the actress took on the role of Leela in Doctor Who, a part she played for 40 episodes.

As she got close to her 50s, the soap star featured in EastEnders for the first time as the matriarch of the Di Marco family, Rosa.

Just before she entered the fifth decade of her life, she made her exit and it wasn’t until 20-years later she would land a second role on Emmerdale.

I had been suddenly totally overlooked

However, it wasn’t a smooth journey for Louise as for some time, she found she couldn’t get parts in television shows despite her extensive CV.

The actress has spoken out about the struggles of getting a job with regard to her age as she explained: “I felt, as a middle-aged actress, that I had been suddenly totally overlooked.

“My career took a severe dip, and the only way I could get a foot back in the door was either by going back into competition with late-30s, early-40s women…there are plenty about, very beautiful…or creating my own work.

“There didn’t seem to be an alternative, because, with those of us who have lasted this long, the competition’s very very steep.

“Really to immobilise your face when you’re in the business of communicating is an oxymoron. It just doesn’t seem to make sense,” she added when asked about why she hadn’t got a facelift.

“However – never say never. The jury’s out. But for the moment, I wouldn’t touch it,” she said in an interview with The Den of Geek.

It has always been in Louise’s blood to be an actor as she knew she wanted to be on the stage from a very young age.

The soap star said: “At the age of four I played Little Miss Muffet at school and I enjoyed it so much that I thought this is what I’ll do for the rest of my left.

“I went to Royal Academy of Dramatic Art at 17, out at 19 and started work at 20. However, my parents wanted or preferred it if I had done speech therapy or teaching.

“They insisted I did a secretarial course before Royal Academy of Dramatic Art so I had some other job under my belt.”

How well do you know your British soaps?

How many times has Ian Beale been married in EastEnders?

What is the name of Bianca Jackson and Ricky Butcher’s son on EastEnders?

On EastEnders in 2002, who accidentally ran Jamie Mitchell over in his car which caused his death?

How many times has Corrie’s Steve McDonald been married?

What happened to Emily Bishop in Coronation Street?

Who murdered Maxine Peacock in Coronation Street in 2003?

Which incident in 1993 killed off four characters in Emmerdale?

When did the show stop being known as Emmerdale Farm?

On what date did Hollyoaks air its first episode?

What was the name of the much-loved Coronation Street pet dog who was put down in April 2020 after 14 years?

1996 saw the arrival of one of Hollyoaks all time bad boys and rival of Kurt Benson, but who was he?

Who is the longest serving character on Coronation Street?

Who shot Phil in EastEnders?

How many fires have there been at Corrie’s Rovers Return?

Get out of my pub, you’re no soaps fan

When she joined Doctor Who back in the 1970s, Louise recalls having to face up against women who were the same age and had to stand out from the crowd.

Louise explained: “They weren’t quite sure what they were looking for.

“They had the first story, the costume and they saw 60 girls, then whittled down to 10, three and two. Pennant Roberts said he gave it to me because I made him work.

“What happens in an interview is that you are given a script to read and the director will read in other parts.

“So Pennant was reading Tom [Baker’s] part and he said that he had actually responded to what I was doing rather than just reading the lines.

“That was why he chose me.”

It didn’t seem to be as after 15 months in the role, Louise wasn’t totally happy with how Leela ended up leaving the Whoniverse.

The actress explained: “The way she went; falling in love? No, I thought it was a piece of very bad writing.

“She could have died saving the Doctor’s life or something. I think the BBC idea of getting rid of women was marrying her off.

“I mean she came in with a ‘whooossshhh’ and I would have liked her to have gone out in the same way. They had not established a relationship with Andred at all, only holding his hand in episode three – which is something I worked out.

“Graham Williams wanted me to change my mind, wining-and-dining me but it was time to move on. If I had stayed any longer I think I would have even more trouble getting back into the real business,” she told Eye of Horus.

Emmerdale airs weekdays at 7:30pm on ITV, with an hour-long episode airing on Thursdays.