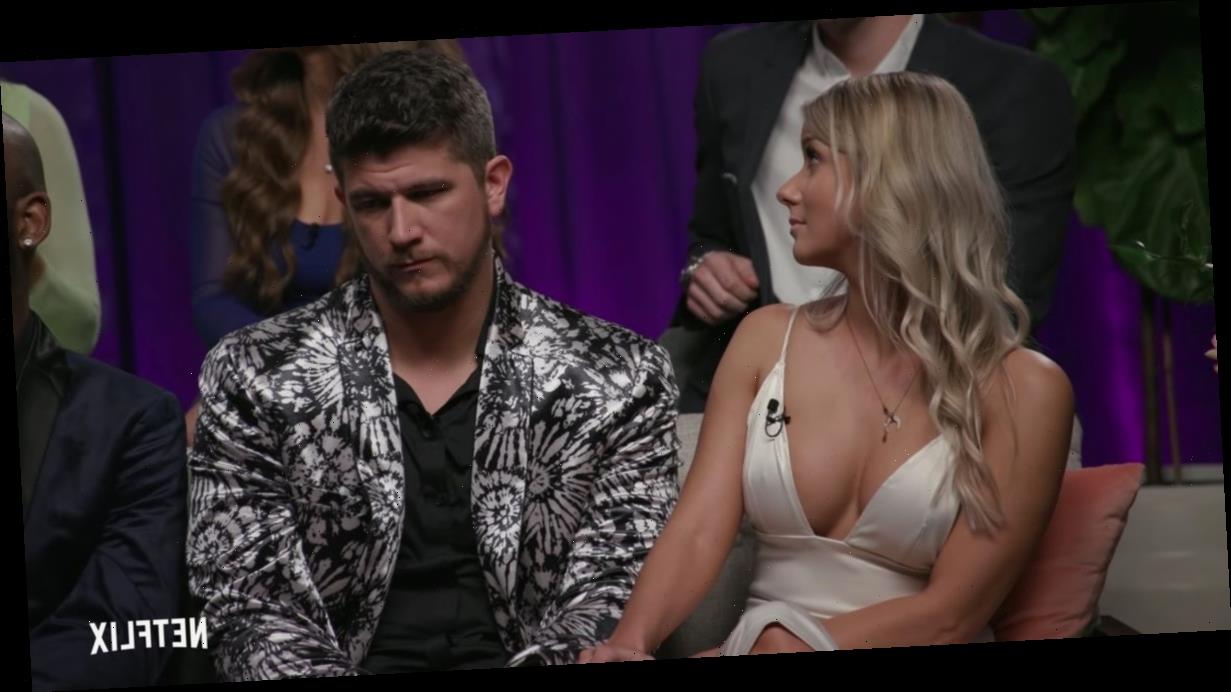 They got back together for a reunion episode which featured a showdown between the two women, with Amber branding her former love rival "fake" before Jess said sorry for her behaviour.

However, Amber refused to accept her apology in brutal scenes.

Amber, 27,  was initially caught up a love triangle with Jessica, 36,  and Barnett, 28, in the early episodes of the Netflix dating show.

In the series, the contestants get to know each other in pods which hide their appearance before proposing without ever seeing their fiance in person.

Some made it down the aisle while others got dumped at the altar.

Barnett ended up choosing Amber over Jessica, who then went back to her first choice Mark Cuevas, 26, who proposed.

After all the engaged couples jetted to Mexico for a romantic break, it became obvious that Amber still had feelings for Barnett.

As well as drunkenly flirting with him, she also told him she didn't think his relationship with Amber would last.

Amber and Barnett got married while Jess ended up ditching Mark on their wedding day.

Cocktail waitress Amber was furious when she saw footage of Jessica's antics – and called her out on it during the reunion show.

In the show, Amber steamed at Jessica: "I trusted him…

"To see her throwing herself at him in Mexico.  B***h, you're shietsy, you are so fake.

"Coming to my face like you were cool. You were so fake. I think you're a very disingeniune [sic] person.

"I hope seeing this you do grow from it, Because the world does not need women going behind people's backs like that.

"You were engaged to another man that you were leading on.  He was engaged. he made his choice."

Jessica then apologised to Amber, saying: "Everyone needs to realise this was days not weeks to find a connection to spend forever with someone.

"So I really wanted to vet everything out. Obviously I was rejected by Barnett.

"I didn't take that well. Seeing that play out is brutal, you know

"So I was really trying to keep myself open and work it all out.

"I do owe a major apology to you Amber and to Barnett. I respect their relationship.

"It was not good of me to ever question that. So I apologise."

However, Amber rejected her apology, saying: "I accept the intent behind the apology – but I can't be fully there yet."

She went on: "I knew she may have had a crush on him – the fact that she was going to him when I was in the same room, saying 'Are you sure?'Yeah that bothered me."

*Love Is Blind is available to stream on Netflix now.