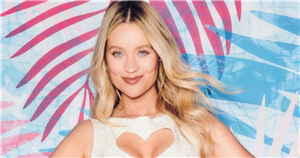 Love Island has denied claims the show is looking to replace host Laura Whitmore for the new series.

Irish beauty, 36, fronted the latest series of the explosive dating show. As the series came to a close last week, Laura shared the struggles between working and being a mum to her daughter.

It was later claimed that ITV bosses are considering revamp for the show's return in 2022, which included a new face to front the show.

Maya Jama and former Love Island contestant Maura Higgins were said to be favourites to take Laura's spot on the show.

A TV source told The Sun Online: "Producers are keen to keep the show fresh and are keeping their options open.

“They have been impressed with both Maya and Maura, and think either could bring the necessary pizzazz and sexiness to the role.

“They want some-one who is fun and can connect with people. Maura has obviously taken part in the show herself and knows it inside out so could easily relate to contestants and what they are going through.

"It’s one of the best gigs in showbiz, with a plum six-figure salary and frequent trips to sunny Majorca, so there are plenty of people hungry for the role.

"Contracts for the job are annual and are renegotiated each series."

However, a spokesperson for the show has denied the claims as they told HuffPost UK: "This is not true.

"Laura has done a fantastic job at the helm of the show this year and no discussions have yet taken place with regard to the next series."

It comes after the late Caroline Flack's mum admitted she can't watch Love Island after Laura took over her daughter's presenting slot.

Caroline hosted the series from 2015 until her tragic death last year.

The late star's mum Christina told The Sun it was "horrible" seeing the advert of Laura Whitmore wearing almost the same outfit as Caroline did, and posing in a similar way.

Christine also claimed ITV2 could have done things differently following the death of her daughter.

Stay up to date with all the latest news on Love Island and much more by signing up to OK!'s daily celebrity newsletter.