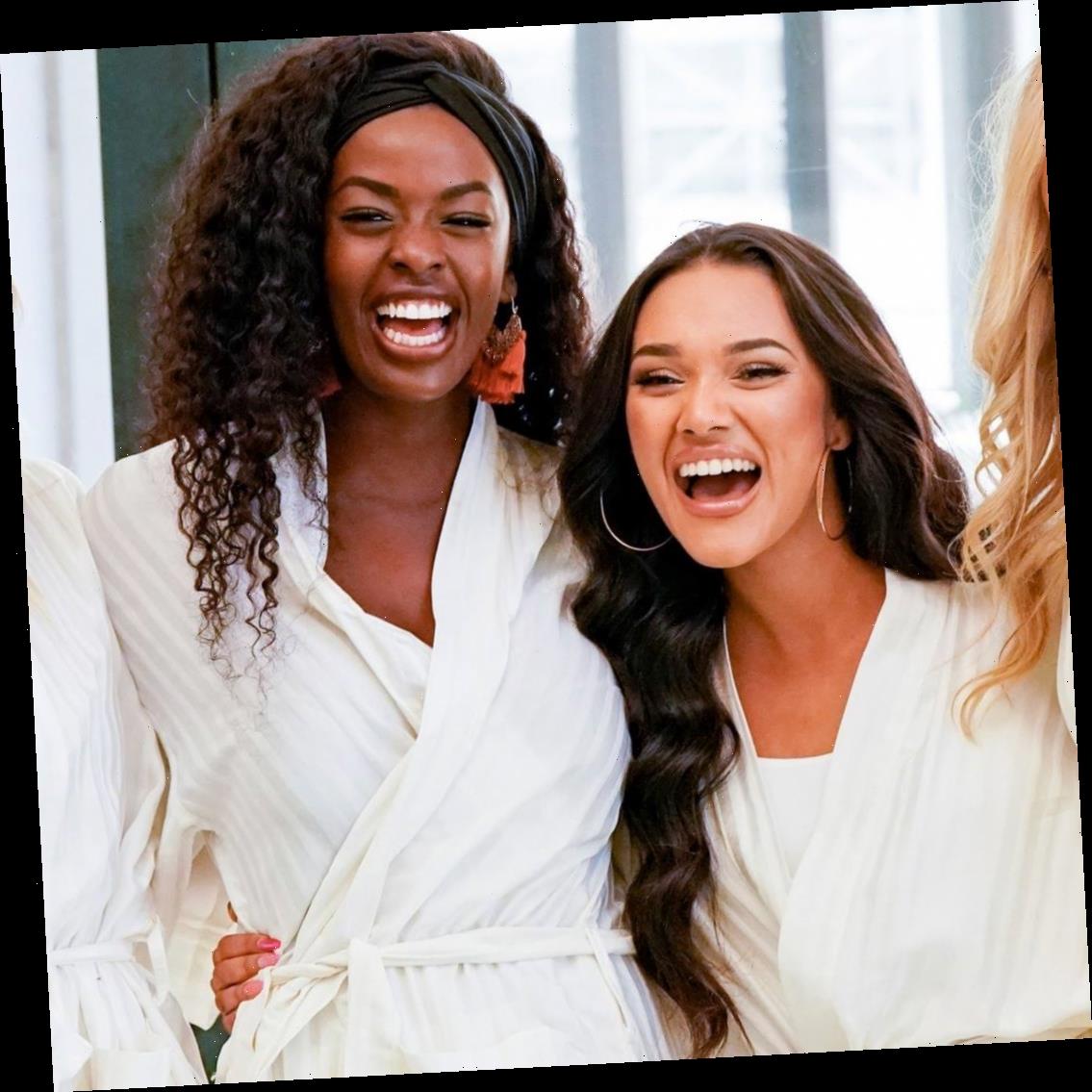 Season two of Love Island crowned its winners! But what's next for Justine and Cely? In an exclusive interview, they talk about what they will and won't miss about being in the villa together.

Love Island may focus on romantic relationships, but just like The Bachelor, Love Is Blind and Summer House, fast friendships develop when eager contestants spend every waking moment together.

On Wednesday, Sept. 30, season two of Love Island crowned its winners: Justine Nbida and Caleb Corprew, the first Black couple to ever win the series and take home the $100,000 cash prize. The runners-up included Cely Vazquez and Johnny Middlebrooks, Moira Tumas and Calvin Cobb and Carrington Rodriguez and Laurel Goldman.

And while viewers will continue to closely follow Justine and Caleb to see whether their relationship will last in the real world, there's one bond that already proves unbreakable: the one between Justine and Cely. Throughout the season, the girlfriends relied on each other for advice and plain ol' shooting-a-reality-show-together fun. Justine also didn't fail to call a spade a spade after the truth of Johnny's Casa Amor shenanigans came to light.

After Wednesday's finale, E! News caught up with the couples to talk about their post-villa plans. And as expected, Justine and Cely each enthusiastically discussed how hard they'll work to maintain a friendship now that they've left the rooftop at the Cromwell Hotel in Las Vegas, where Love Island filming took place.

"Cely is honestly unlike anyone I've ever met," Justine said. "I knew that we were going to be close, so just having her in there, and the way that we were able to just interact with each other, got me through a lot of my downs in there because I felt like I was talking to a sister or best friend from home. We just clicked that quickly and that well."

Justine said that instant connection certainly didn't fall through their first night outside of the villa. In fact, "it's even more real than it was in there." Luckily for Justine, there's one aspect of being friends with Cely she no longer has to deal with: all that morning ruckus.

"I have to say it was definitely amazing waking up in a separate room from her this morning. No pots and pans, no beating us up in the morning," Justine said. "It was definitely a nice little break. She knocked on my door instead, which was really pleasant."

Though Cely and Johnny came in second place, both noted that the finale didn't feel like a competition since their best friends won. As Cely said, "They are so deserving of that and it was just, like, really special to get to share that moment up there with them."

Cely joked that if America had the option of voting for her and Justine as a final pairing, "we should have won the whole thing." She also called Justine her sister and added that "this is not the end of Celine!" She continued, "She's my girl. My experience at Love Island would not have been what it was if I did not have her there with me. She's amazing."

And yes, Cely said she's definitely going to miss waking up her best friends in her signature style. "They're gonna miss it! I know that they're all, like, really excited to not have me waking them up anymore but I swear to God, these people are going to go back to their lives, they're gonna be, like, woken up by their iPhones and just wish that it was me screaming."

Sounds like Justine is doing just fine without Cely's pot and pan symphony.