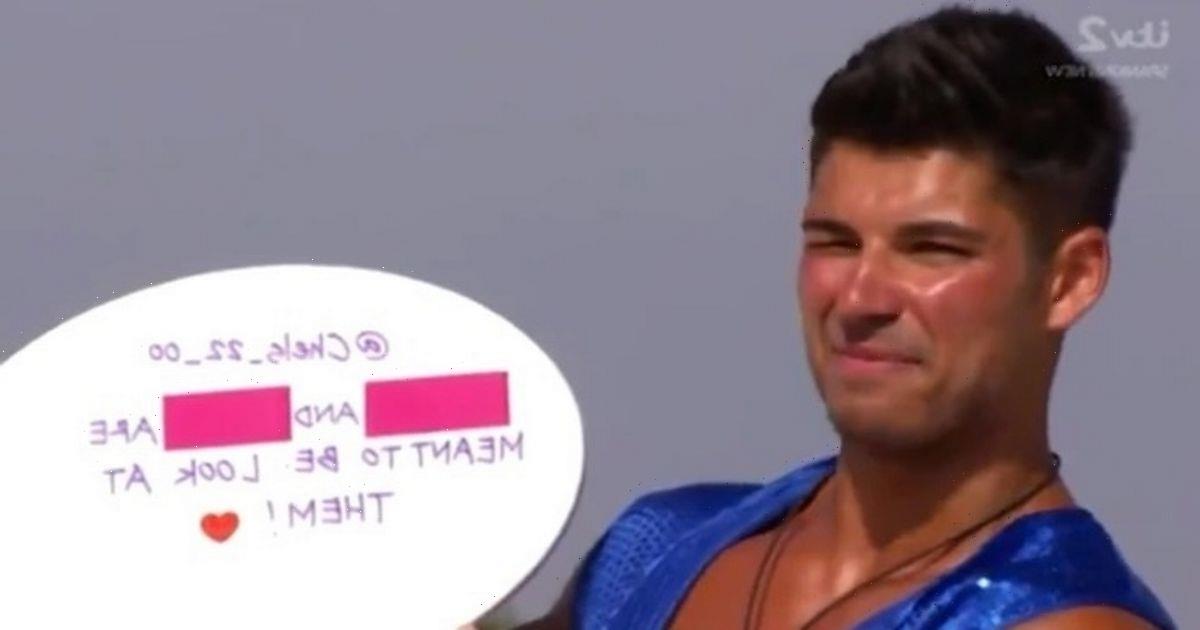 Throughout the eighth series of the hugely popular dating show, fans have been begging to see the return of the annual Twitter challenge which allows Islanders to get an insight into how they are perceived by the millions of viewers at home.

When the reality show returned to the silver screen two months ago, producers hinted at a slew of changes they had made to the long-standing format, including a brand-new villa, a switch up at Casa Amor and the return of former Islanders from previous seasons.

But one thing fans haven’t been able to forgive is the absence of the popular Twitter challenge which usually takes place early on in the series before the villa is split up at Casa Amor.

Want all the last villa gossip straight to your inbox? Sign up for our daily Love Island newsletter HERE.

The infamous segment was the ultimate challenge to Islanders as contestants would have to guess who viewers were talking about in a slew of scathing tweets shared about them.

The game, called Online Buzz, was the cause for a lot of drama and fallouts on the show, which has led to hundreds of viewers asking why it hasn’t yet returned this series after an explosive series.

Now, fans believe their complaints have been heard after users spotted a subtle clue towards the return of the nail-biting challenge online.

Do you have a story about one of this year's Love Island stars? Contact us at staronlineshowbiz@reachplc.com

Hundreds of adoring fans took to the social media platform over the weekend to share their thoughts on the latest jaw-dropping episode on Sunday night (July 24).

It was at this point that users noticed that ITV’s official Twitter page had sneakily changed their bio which now warned users that their online comments may be used in the show.

Their bio now reads: “We own love [love heart emoji] #LoveIsland, @LoveIsland tweets and replies may be used on social, incl. your name and/or Twitter handle [sparkle emoji].”

Since then, fans have shared their predictions at the return of the belated challenge online as they excitedly shared their thoughts on this year’s contestants less than one week before the final.

One user penned: “Love Island have changed their Twitter bio to include this!!! Does this mean we’re actually FINALLY going to get the tweet challenge? [crying emoji] #LoveIsland.”

Another agreed: “Omg is the twitter challenge gonna happen? That wasn’t in the bio before [eyes emoji #LoveIsland.”

A third asked: “@LoveIsland has changed their bio…does this mean it’s time for the twitter challenge?? #LoveIsland.”

“Wait does the bio mean they might do the Twitter challenge? Haven’t noticed it saying that before about tweets & replies being used on social etc #loveisland,” one pondered.

Meanwhile another fan of the show predicted: #LoveIsland updated this bio with this lil disclaimer.. return of the twitter challenge? Do your worst."

Daily Star has since reached out to ITV for a comment.