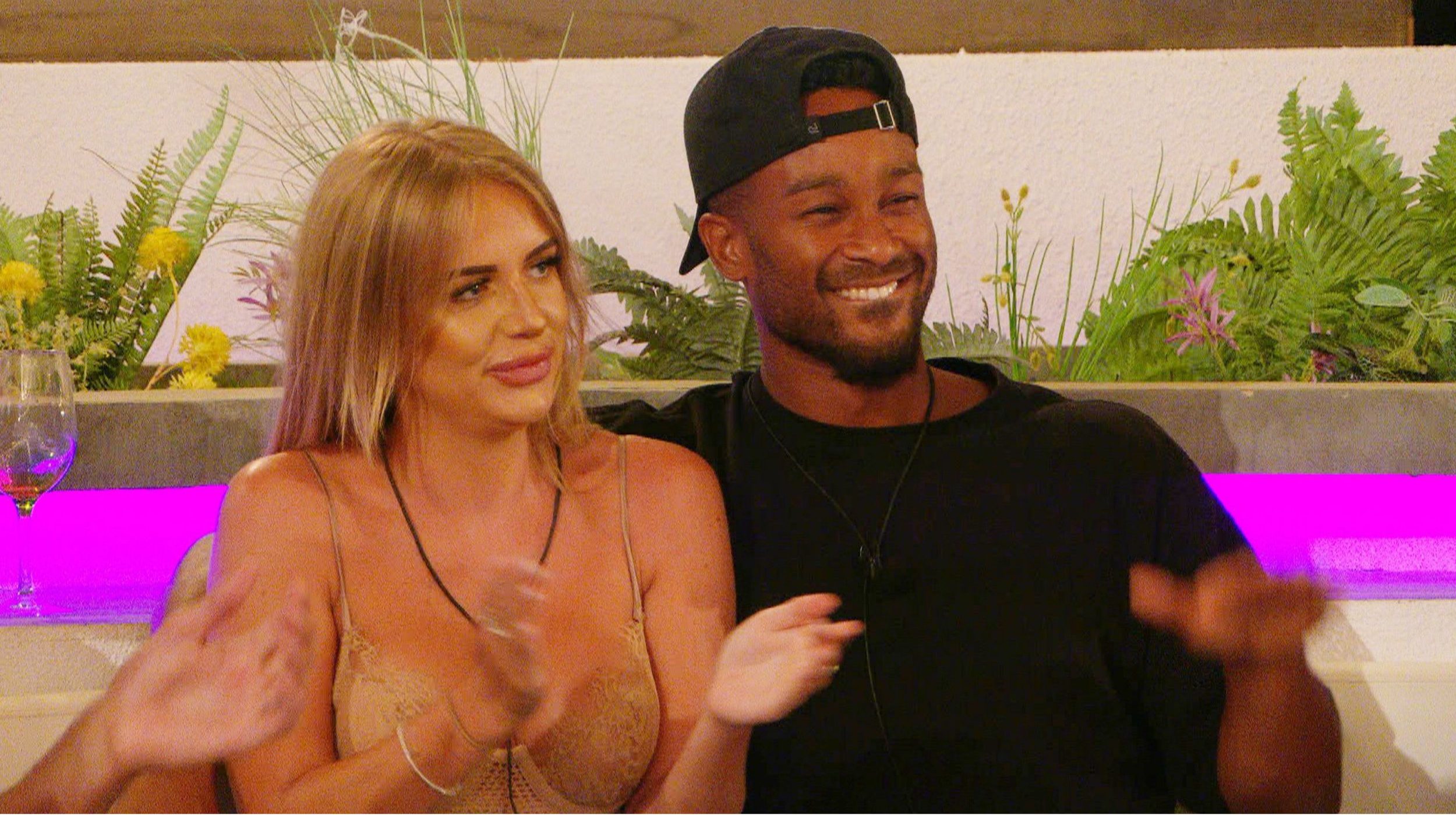 During Sunday night’s penultimate episode, the islanders will be put through their biggest test yet as they meet each other’s parents, friends and family members for the first time.

Teddy’s brothers, Sidney and Carlos, arrive in the villa to reunite with their sibling – and to meet his new girlfriend, Faye.

The couple have had an explosive time in the villa with Faye launching into an expletive-filled tirade against Teddy after hearing him admit to having a sexual attraction with Clarisse Juliette in Casa Amor.

Their shocking argument received a record-breaking 24,000 Ofcom complaints due to Faye’s behaviour, but they eventually managed to kiss and make-up, with Teddy making her his girlfriend last week.

After being reunited with his brothers, Teddy says in the beach hut in tonight’s episode: ‘Words don’t even explain how amazing it felt just to see them. It didn’t even feel real, it felt like I was in a movie.’

Teddy’s brother Carlos says: ‘The way you’ve carried yourself, I couldn’t be more proud. You’ve stayed true to yourself and you’ve been a gentleman.’

Sidney adds: ‘She is funny, she has got the chat, she is fiery…,’ to which Carlos interrupts joking: ‘Does she think you’re funny by the way?’

Faye’s sister Joanne and best friend Sophie have also arrived in the villa to reunite with her.

Joanne says: ‘We’re so super proud… I think Teddy’s lovely… It looks really natural. It looks like you like being in each other’s company and that’s really nice to watch.’

Praising how Faye’s handled herself in the villa, Joanne adds: ‘We love you! We all love you. You have been your normal, unfiltered, caring, loving self. You’ve brought us so much joy.’

Faye and Teddy then come together with their families and meet each other for the first time.