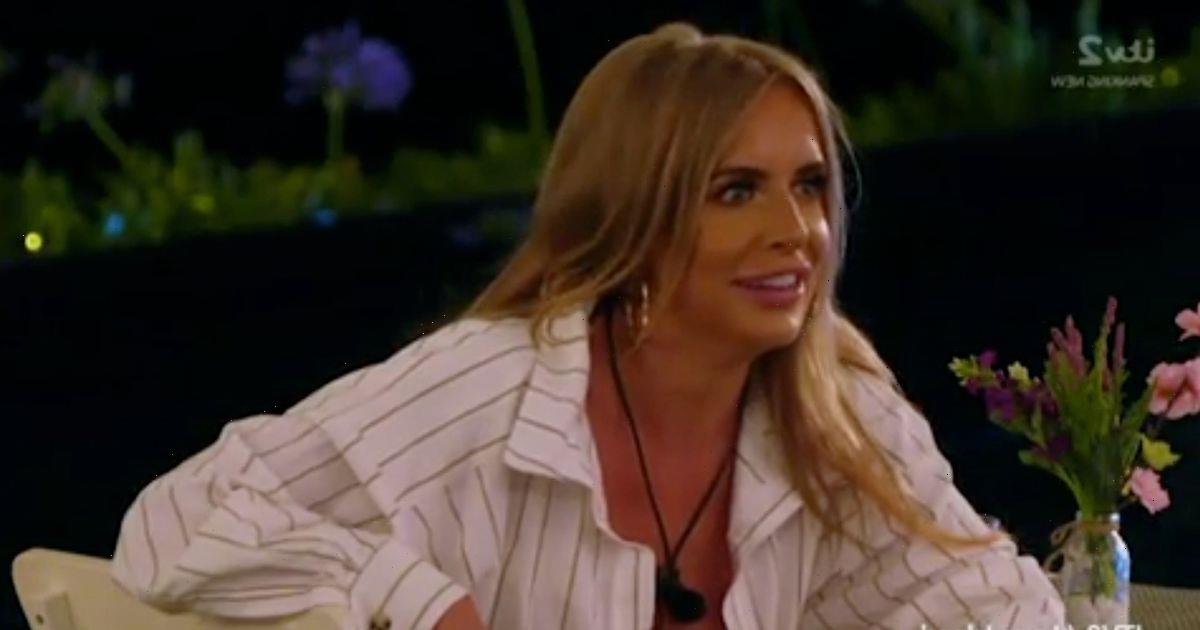 Love Island’sFaye was left flustered after she accidentally confessed her love for Teddy in Sunday night’s episode.

The couple have patched things up after her explosive outburst after the Mad Movies challenge.

After getting 25,000 Ofcom complaints from fans for screaming at her partner, Faye apologised to Teddy last week, admitting she “went about it completely the wrong way”.

And it seems as if the couple have come out the other side stronger than ever, after she confessed she “loved” him.

The confession happened as the boys prepared a three-course dinner for everyone, leaving the girls alone to chat about the romantic evening.

Faye replied ‘I just love him’ before looking shocked, while Priya gave a gasp of surprise.

Trying to play it cool she shrugged and said: ‘I don’t know what you’re talking about. What? Carry on.’

However viewers at hope didn’t miss the slip and they took to Twitter to share their delight.

“Not Faye slipping out that she loves Teddy hmmmm,” tweeted another.

Someone else chimed in: “Faye we heard you say you love Teddy.”

While a fourth said: “Not Faye shocking herself – it’s Teddy. I would fall in love too.”

Faye’s wasn’t the only declaration of love on tonight’s episode.

Jake finally confessed his love for Liberty, however the rest of the girls had their doubts.

After he dropped the L-bomb, Liberty excitedly gathered the ladies to share her happy news, but her fellow Islanders weren’t convinced his feelings were genuine.

Chloe said: “You’re going to hate me. Do you not think he’s telling you what you want to hear?”

Shocked with their unexpected reaction Liberty asked the rest of the group: “Is that what all you guys think?”

Trying to comfort her, Faye replied: “I don’t know baby.”

Now worried, Liberty asked: “Do you think I'm being an idiot?”

Chloe responded: “I don’t think he would say something if he didn’t mean it but I also think is it convenient that he said it this evening after all of this?”

Jake and Liberty ended up as one of four couples at risk of being dumped after the Islanders voted for the least compatible couple.

Jake and Liberty got three votes along with Faye and Teddy and Mary and Aaron, while Priya and Brett received five.

Get the latest updates from the Love Island villa by signing up for the Daily Star Showbiz newsletter.