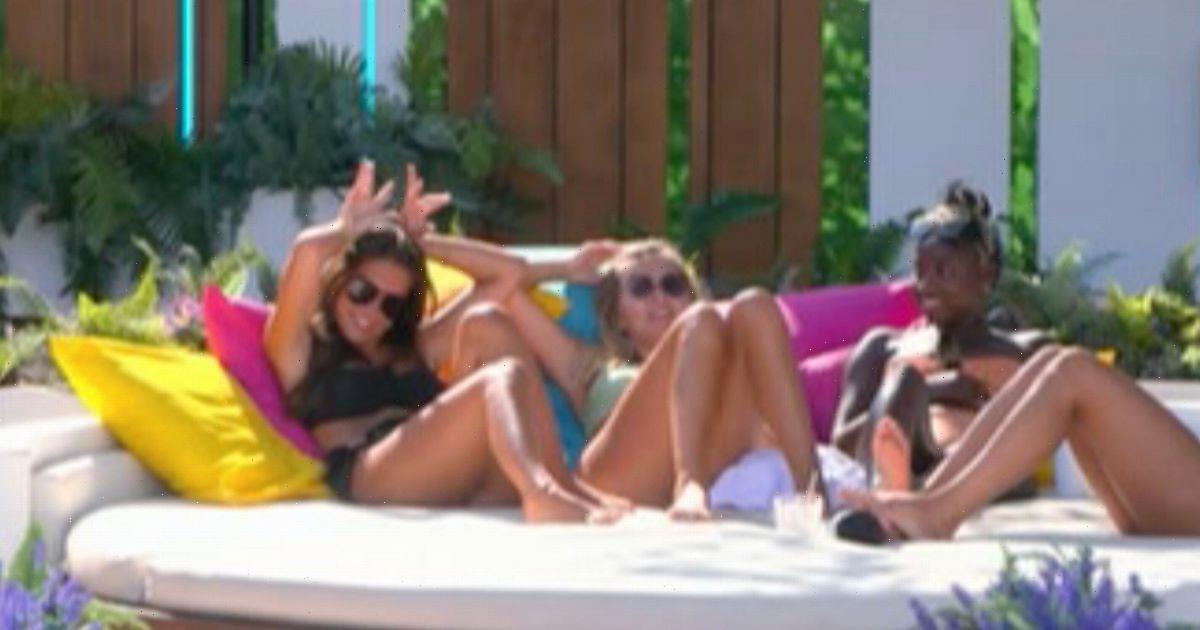 During the final episode of Unseen Bits on Saturday night (July 30), Gemma and Indiyah could be heard discussing their "icks" on the day bed.

Revealing the icks they have with their partners, Gemma opened up about what Luca does that annoys her the most – but did admit that he hasn't done anything that has truly given her the ick.

She explained how one of the things that seems to annoy her is when Luca brushes his teeth and leaves "toothpaste around his mouth".

The 19-year-old brunette beauty then added a second complaint in the form of Luca's bed hair.

With her hands splayed out behind her head so it looked like short spikey hair, Gemma said: "He'll wake up from a nap and the back of his head's like this," while mimicking his bed hair.

Viewers of Unseen Bits were quick to flock to Twitter using the Love Island hashtag.

One took to the social media platform to point out Luca's "true talent" – which may surprise some people.

"So luca’s true talent was giving gemma the ick," penned the viewer.

Others then pointed out how Gemma claimed Luca hasn't ever given her the ick, but has previously said he has.

"luca hasn’t done anything thats given u the ick gemma? ok honeybuns," said one fan sarcastically.

While another added: "Gemma saying Luca hasn't done anything that's given her the ick but she's said that he has MULTIPLE times."

This comes as the Islanders gear up for the epic finale which is due to take place on Monday, August 1.

Gemma and Luca are in the running to be crowned the winners of this year's series as they make the final five – although one couple will be axed on Sunday night (July 31).

The Love Island Finale will air on Monday, August 1 on ITV2 and ITVHub.