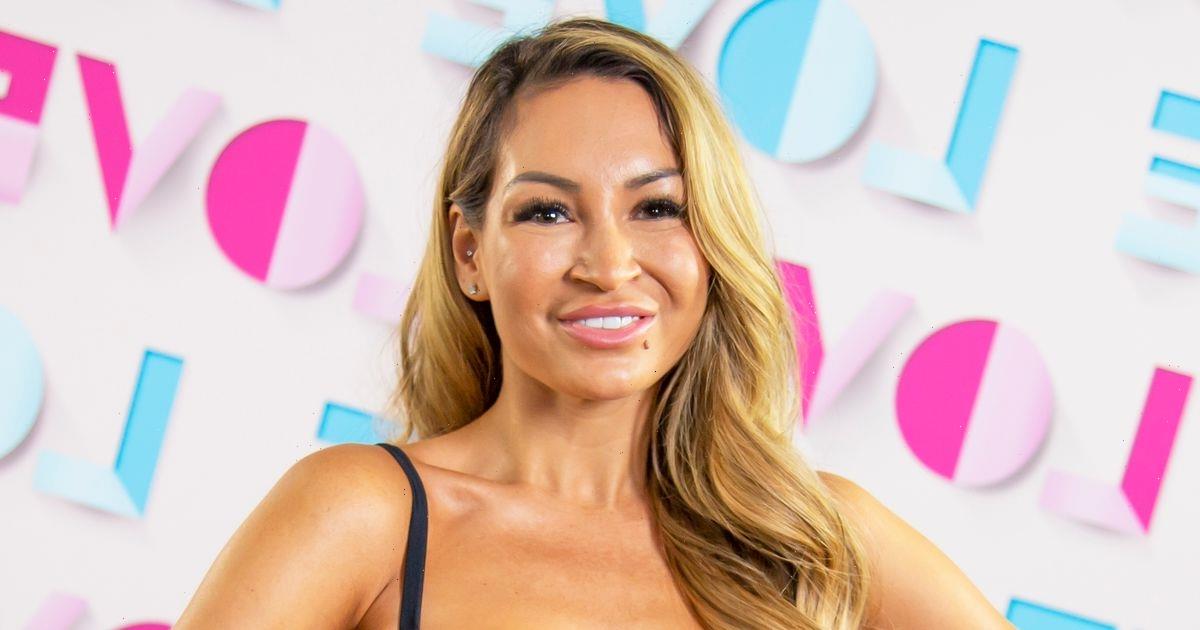 Love Island revealed a new bombshell on Wednesday's episode as Andrea-Jane Bunker joined the show after Brad McClelland left the villa in a brutal dumping twist.

The 28 year old Hair Extension Technician from Hertfordshire left the Islanders stunned as she strutted into the villa wearing a gorgeous black cut-out mini dress.

Speaking prior to her arrival, Andrea-Jane, who has asked the boys to call her AJ, confessed that she has her eye on Teddy Soares, who is currently coupled up with Faye Winter.

It was revealed on Wednesday's episode that the Islanders would be getting a new bombshell with the contestants taking part in a new challenge called Stags vs Hens with the prize a "new arrival of the opposite sex".

Get exclusive Love Island stories and fabulous updates straight to your inbox with OK!'s daily Factor 50 newsletter. You can sign up at the top of the page.

A text read: "Islanders, it’s time to lock horns and ruffle feathers in today’s boys versus girls challenge Stags vs Hens. Whoever wins gets a new arrival of the opposite sex #gameon #alltoplayfor."

After the boys won the challenge, Faye, 26, was in particular concerned about the new arrival as she admitted in the Beach Hut she could "rip the villa" apart.

As AJ made her glamorous debut in the villa exclaiming: "Eyes on the prize, boys!" the girls watched from the balcony above as they commented on how "fit" she was and how she would "spice things up".

While the boys admitted: "Oh s**t, this is going to be a problem!"

Speaking ahead of her entrance, AJ admitted that she joined the show as she has the "worst luck" with men and that she already has her eye on Teddy as there's "something" about him.

She said: "First of all, I’ve had the worst luck with men. I feel like this is the one thing I haven’t tried. I thought why not? Let’s give it a go."

Asked about how she would handle getting to know Teddy, especially as he is currently coupled up with Faye, AJ insisted that she is a "respectful person".

She said: "I’m a respectful person in terms of morals. I’ll definitely approach her and have a conversation beforehand. But I wouldn’t hold back.

"I feel like we all have a right to get to know the guys in there. I’ll definitely have a word with her first and would keep her updated on where everything is at really. I’m open and honest and I think that’s all you can really do."

Talking about what she will bring to the villa, AJ continued: "I think I’m going to bring a bit of spice, I definitely am fiery. The girls need to know their worth and what standards they should be setting.

"I’m just going to go in there and be like, ‘Girls, you’re beautiful, you’re smart, know your worth!’ Self love is massive for me. Girl power!

"In terms of the guys, I want to teach them the right way because I’ve been messed about by guys so much. They need to be taught some lessons. And in the meantime, hopefully I find a nice guy as well!"

Speaking about how her friends and family would describe her, AJ said: "I think they would describe me as the life of the party. I can be a little bit savage because I say it as it is. My girls call me savage all the time.

"But I’ve got the biggest heart and I’ll do anything for my friends and family. And I would definitely say I’m confident as well. My girls also would say I’m indecisive and impatient!"

For all your juicy updates on all things Love Island, sign up to our Factor 50 newsletter.

Love Island continues on Thursday night at 9pm on ITV2 and ITV Hub. Episodes are available the following morning on BritBox.