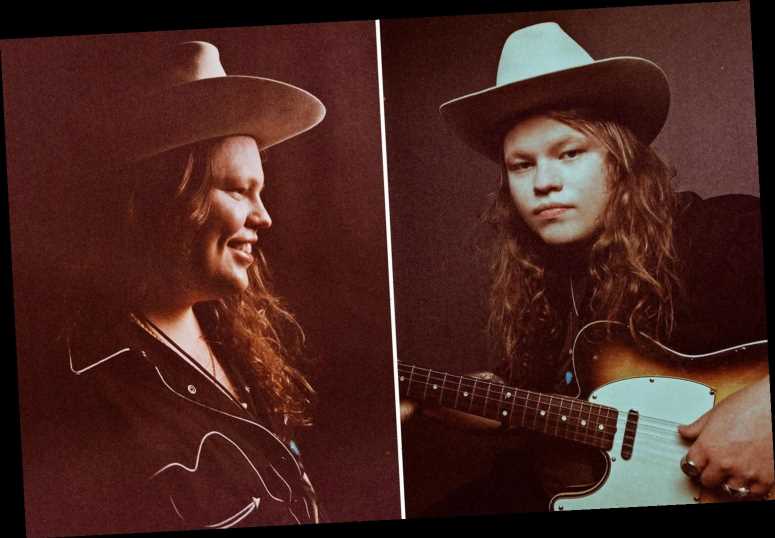 WHEN he was three, Marcus King first set eyes on his dad’s old Epiphone­ El Dorado acoustic ­guitar — and there was no going back.

“I remember strumming it and being hooked from that moment,” says the child prodigy turned blues sensation from Greenville, South Carolina. 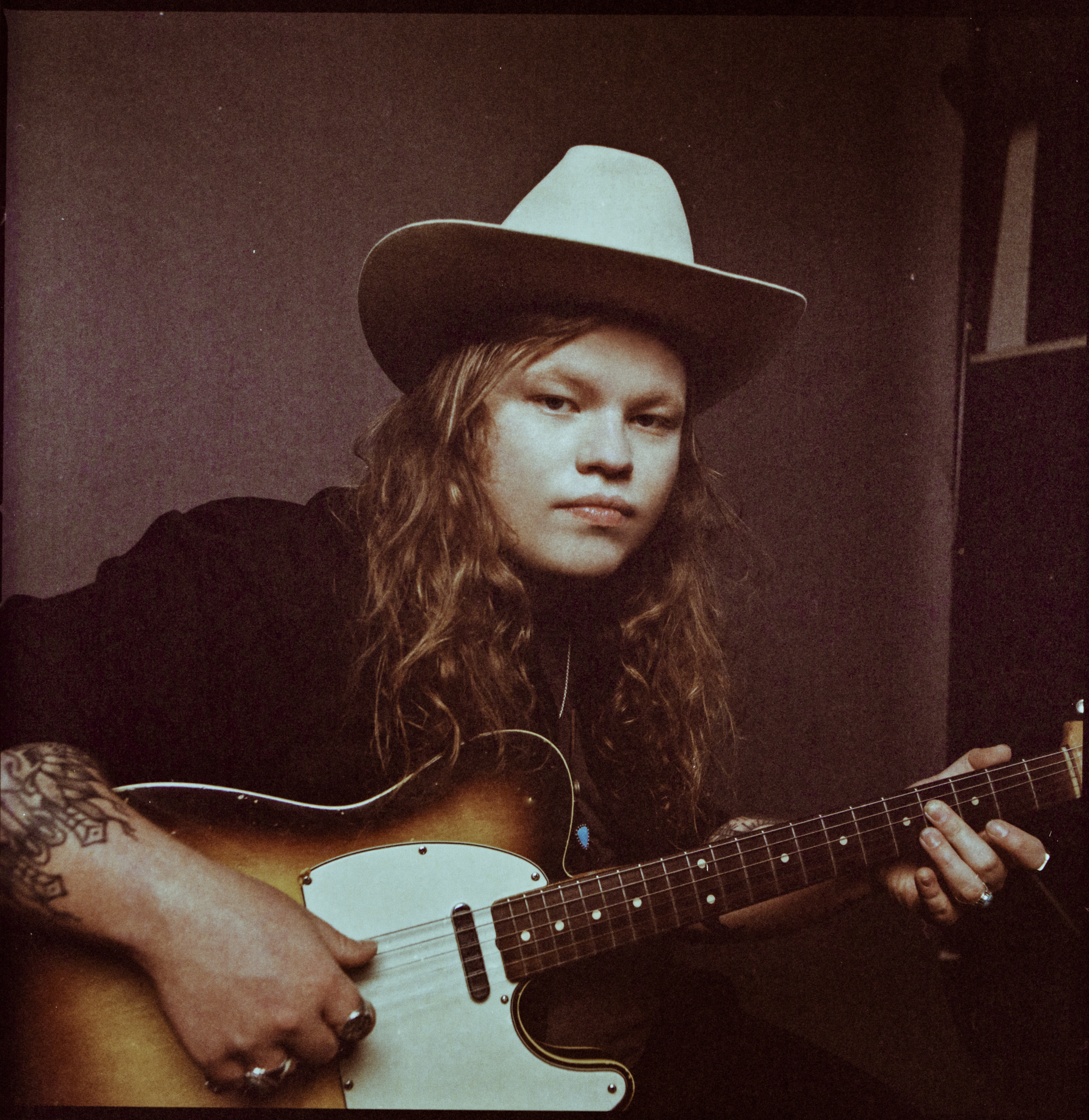 “Music became my babysitter, my best friend, my first love.”

Now 23, but with an astonishing amount of experience for his tender years, Marcus stands on the brink of the big time.

It’s as if he has mainlined the DNA of The Allman Brothers, Stevie Ray Vaughan and Aretha Franklin yet come up with a sound that is fresh, vital and ­original.

He talks freely about how music has a profound and positive effect on his soul. “It makes me feel safe and it helps things make sense,” he says in his soft Southern tones.

“There’s a cacophony of terrible news and negative attitudes going on in the world. The vibrations can get too much.

“But my mental health issues, the manic episodes I’ve had, are calmed down by one thing — and that’s music.

“Man, for me it’s the only force that won’t give you negative feedback. It will love you implicitly and accept whatever you need to say to it.” 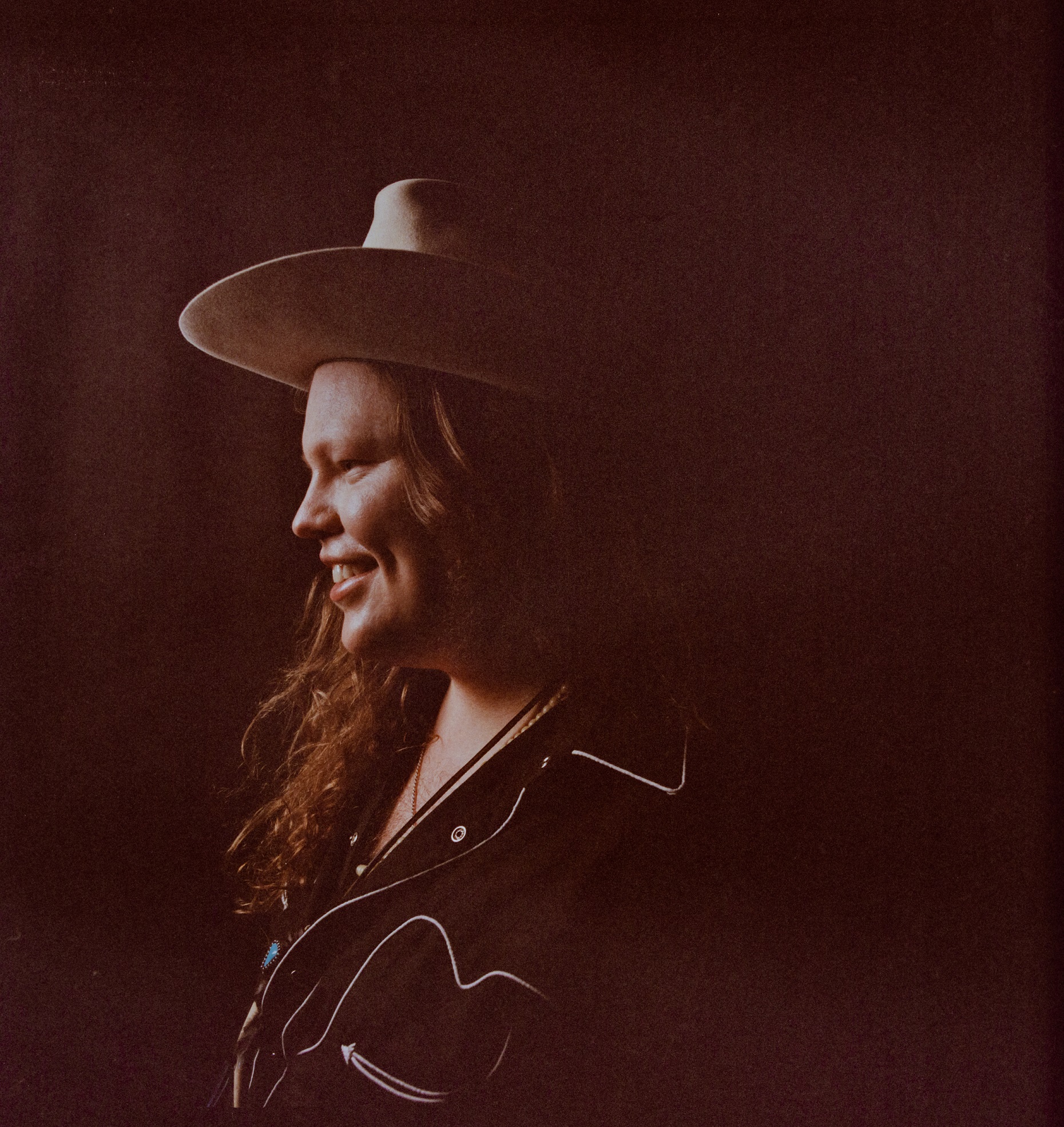 After three albums with The Marcus King Band, which he formed at school aged 15, the dude with flowing red locks and big smile is spreading his wings.

It’s produced by The Black Keys’ Dan Auerbach and features session men who worked with Elvis Presley and Dusty ­Springfield.

Marcus has also caught the ear of blues guitar god Eric Clapton and tours in support of one of America’s biggest box-office draws, Chris Stapleton.

The new album serves as a showcase for his jaw-dropping guitar dexterity, his sweet, soulful voice and his rapidly maturing songwriting.

I catch up with him the afternoon before his gig in Amsterdam this week and his insights are as heart-on-sleeve as his songs.

We pick up the story of the young Marcus learning the ropes from his father Marvin, a fellow blues traveller, and his grandfather Bill, a country guitarist who played with Charley Pride.

“I was probably two or three when I first started plucking around,” he says. “And I was four or five when I got my first miniature scaled guitar.”

The little boy found himself surrounded by music  “in church on Sundays and when my dad, my grandfather and my uncles were all playing. I was mesmerised”. Before he reached ten, Marcus was performing with his father in front of audiences and though he was constantly honing his guitar skills, something was missing — his voice. 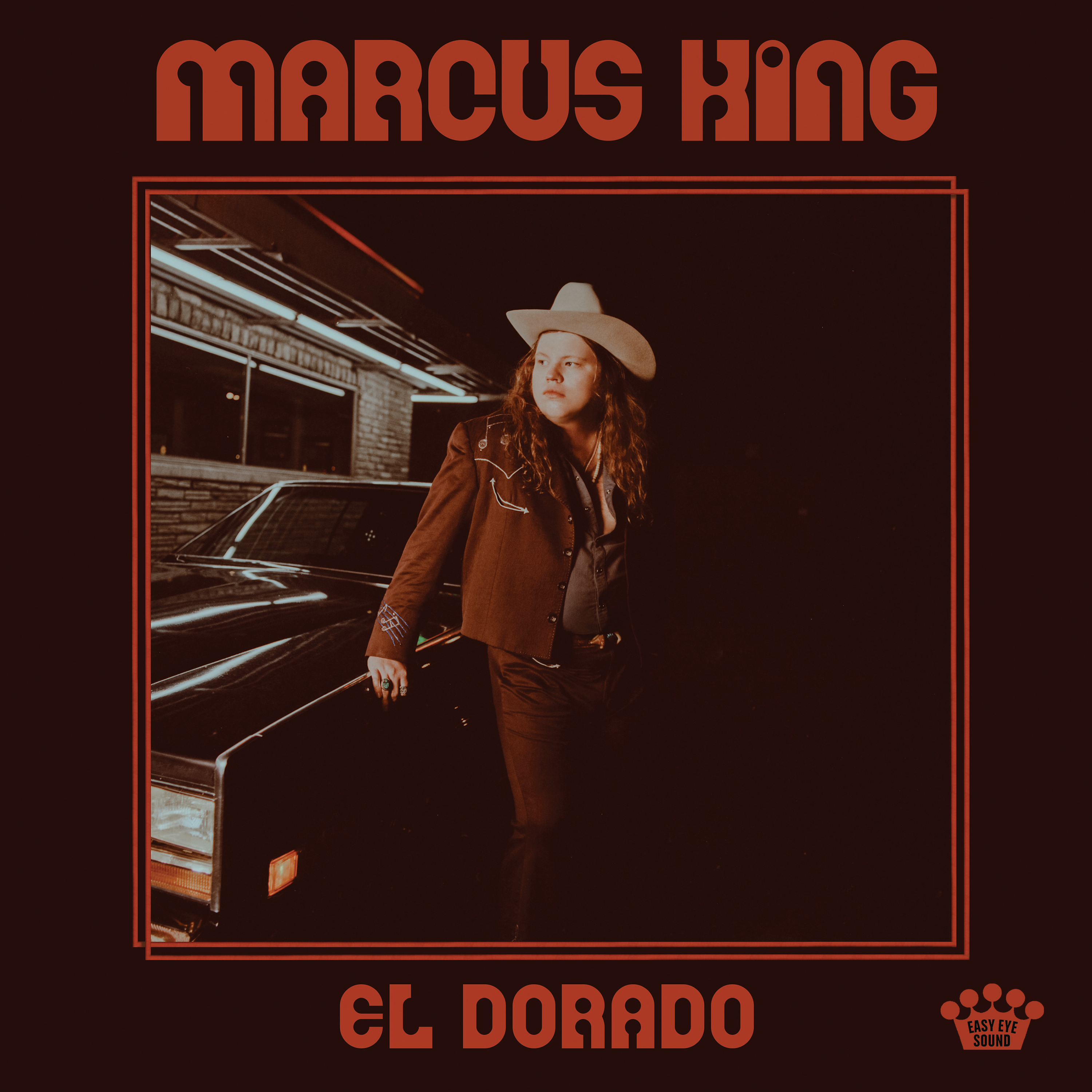 He says until his teens, “everything that troubled me in my life, I was able to take to the guitar to express myself”.

“Then, when I was in middle school, a really dear friend — her name was Hallie — passed away in a car accident. She was 13.

“The only way I knew to take the pain away was music but I guess I didn’t feel I was fully expressing myself. I thought I needed to add another element, so that’s when I started writing and singing.”

Marcus’s school years took on a familiar pattern: Lack of focus in classes, plenty of dope-smoking with his mates and a typical “series of unfortunate happenings and heartaches” that go with being a teenager.

At the same time, however, he was being embraced by Greenville’s music scene, a bustling city of 400,000 people in the foothills of the Blue Ridge Mountains.

“From the time I was about 14, local artists were sneaking me into shows or acting as my ­chaperones,” he explains.

“I ended up playing with 40, 50 and 60-year-old dudes in funk, jazz and soul clubs. I was playing grown folks’ music!

“Then I started booking my own gigs, three or four at a time. I hired my bass player, who was old enough to drive me around. 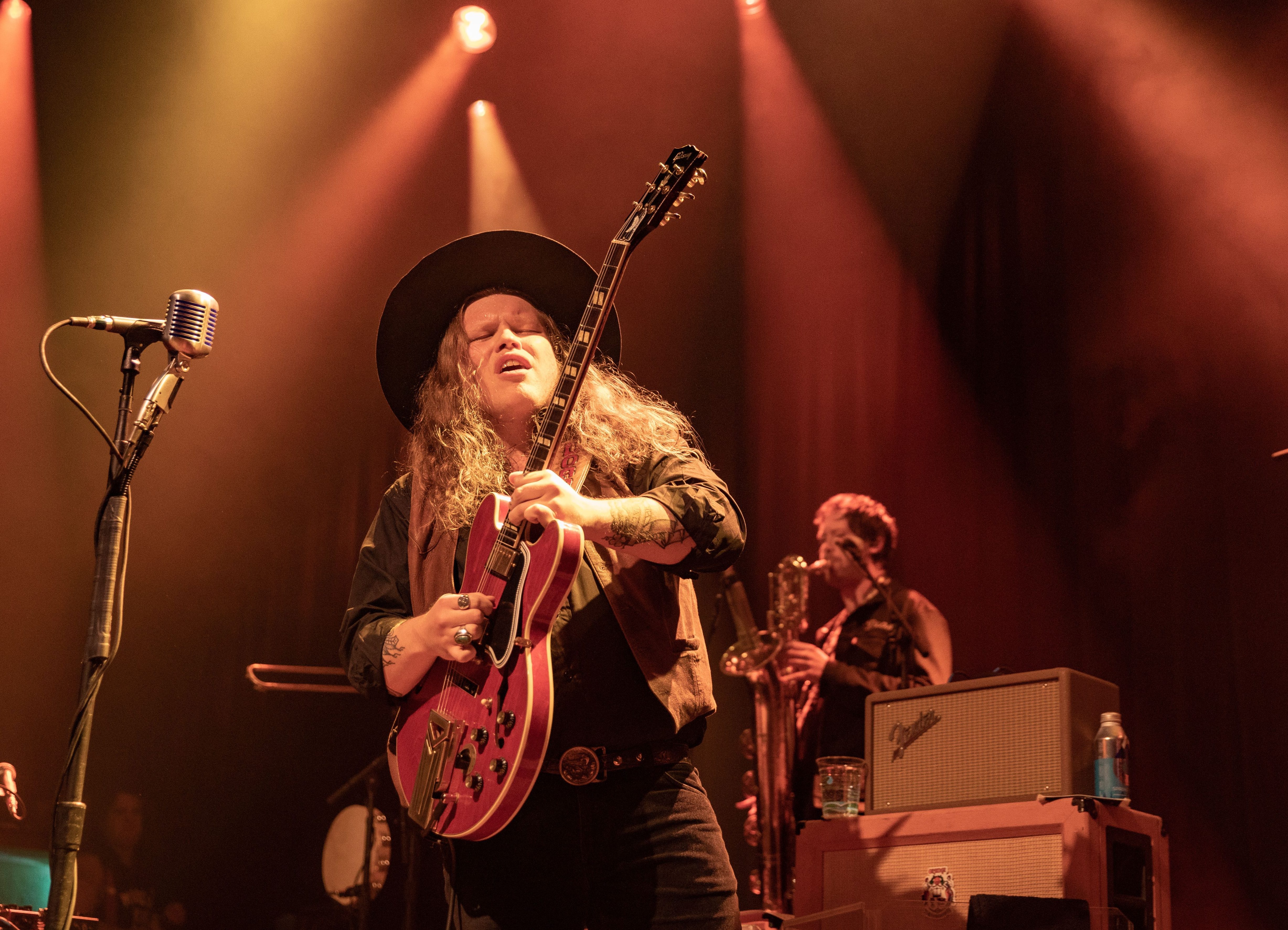 “I loved that circuit so much but, at a certain point, I knew I had to break out. Once I left school, I was able to fly as far away as I could from that town.”

King says of his blues brothers: “Man, I tell it this way. You never want to go on the road with somebody that’s not funny. Those guys make me laugh for hours and that chemistry carries on to the stage.

“We’ve gone through a few changes but I’m so happy with the line-up. This feels like home, like family.

“My bass player Stephen, my drummer Jack and my trumpeter Justin have been with me for six or seven years.”

King loves the fact his bandmates give him honest, straight opinions.

“If you’re surrounded by yes men, you start putting out s**t,” he says. “You need real ­people on your team.” 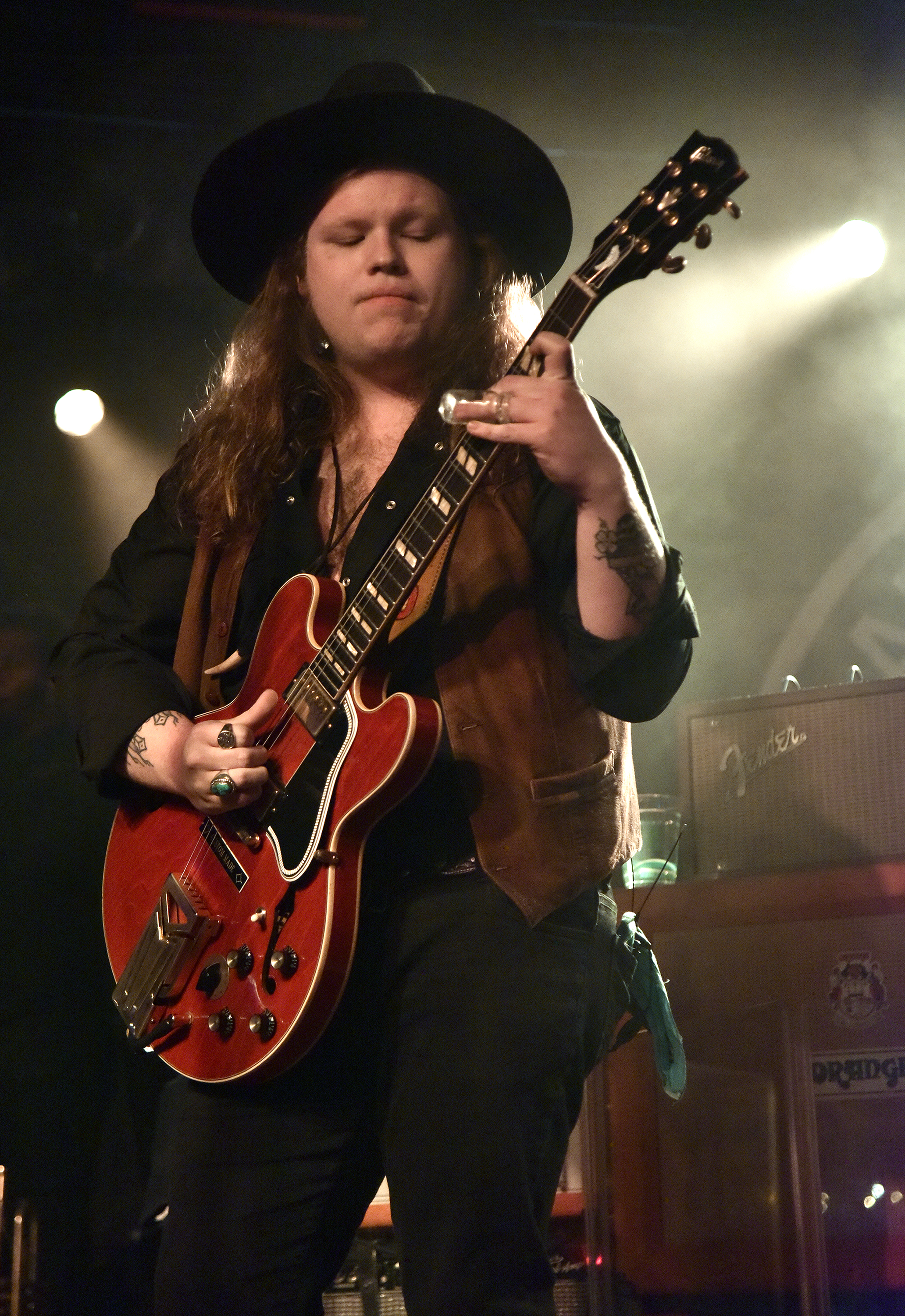 With his intoxicating blend of jam-band blues, searing guitar solos, Southern rock, gospel and an occasional hint of country twang, he’s very much his own man.

But it’s also clear that he’s a student of the blues and soul greats. “I was inspired by anything I could get my hands on,” he says.

“Whatever was happening on the radio in the early 2000s was pretty god-awful but I had access to a lot of blues ­cassettes and records.

“The first time I got exposed to James Brown was a pretty monumental moment for me. Cold Sweat, with the horns, just blew me away.

“That led me to Otis Redding, Sam Cooke and Aretha Franklin. We can stop right there because Aretha is the queen. Her phrases, her runs, her conviction rocked me to my core.”

Marcus says he “was very shy and reserved”, not obvious frontman material, but seeing old footage of those legendary performers “working a room with just a microphone” gave him courage.

Then, of course, there are the guitar heroes who have helped define his direction. “I look up to Stevie Ray Vaughan and Jimi Hendrix,” he tells me.

“Bridge Of Sighs by (British blues singer/guitarist) Robin Trower was the first record I bought on my own. When I first started smoking weed under the black light in my room, I played it.” 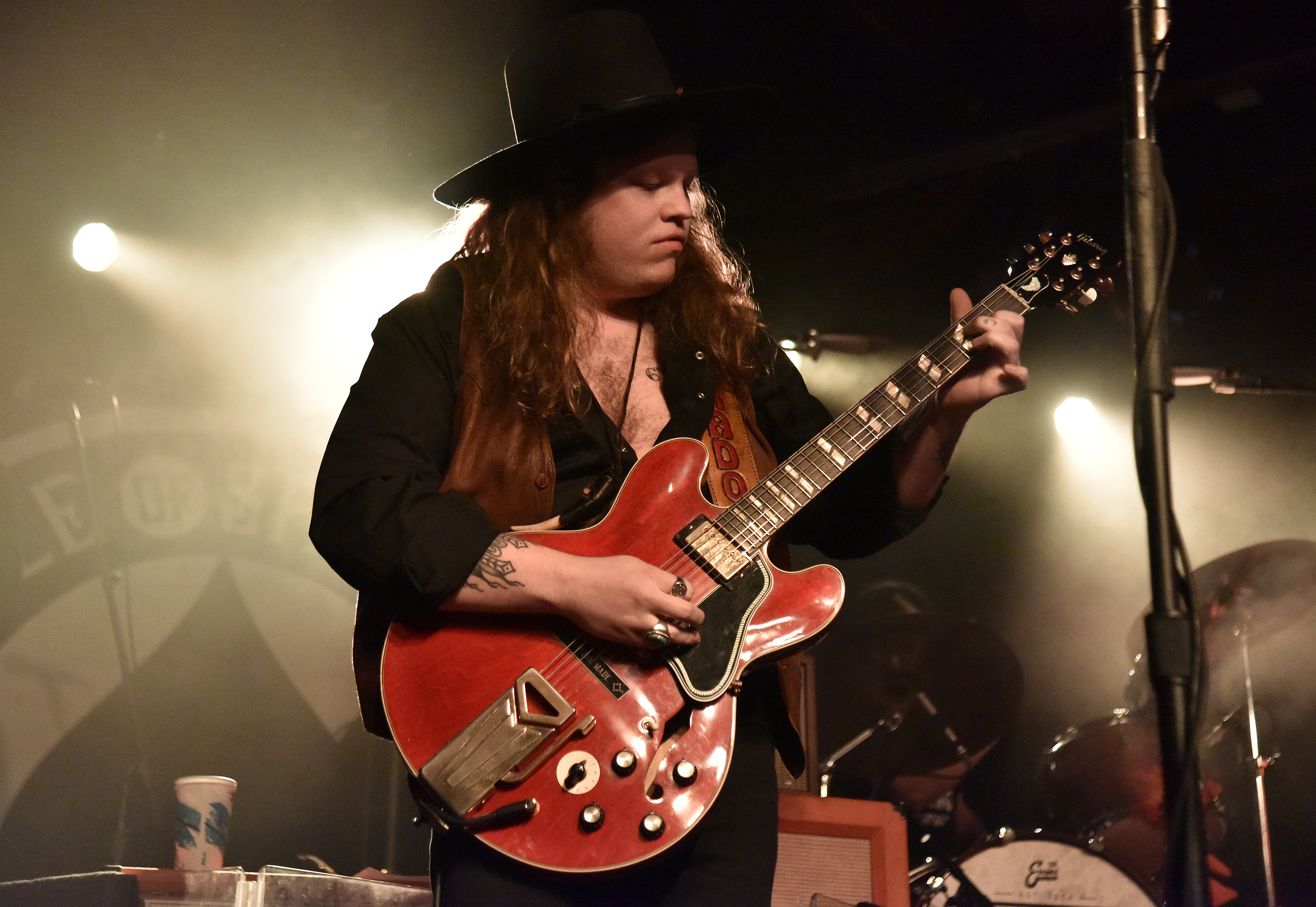 Like many Americans from different generations, the British “invasion” of the States has had a huge impact on Marcus.

He adds: “I was doing a gig in Paris the other night and they brought me (Free guitarist) Paul Kossoff’s guitar to play, so that was pretty heavy. The Beatles and Led Zeppelin were big for me, The Yardbirds and Blind Faith.”

Now, however, Marcus is wary of too much influence. “I quit listening to guitar players altogether because I didn’t want to sound like anyone else,” he confesses. “I just wanted to listen to saxophones, so I got into John Coltrane.”

This brings us to his solo album, recorded with Dan Auerbach at the Black Keys man’s Easy Eye Sound in Nashville and ranging from the raucous rock of The Well to the becalmed country soul of Wildflowers & Wine.

It’s called El Dorado for three reasons, the first being his dad’s old guitar. Then there’s his big brown early Eighties Cadillac El Dorado, as seen on the record’s cover.

The third explanation is that Marcus’s adopted home town of Nashville, the Tennessee capital known as Music City, has become his own mythical “city of gold” where he can realise his dreams. 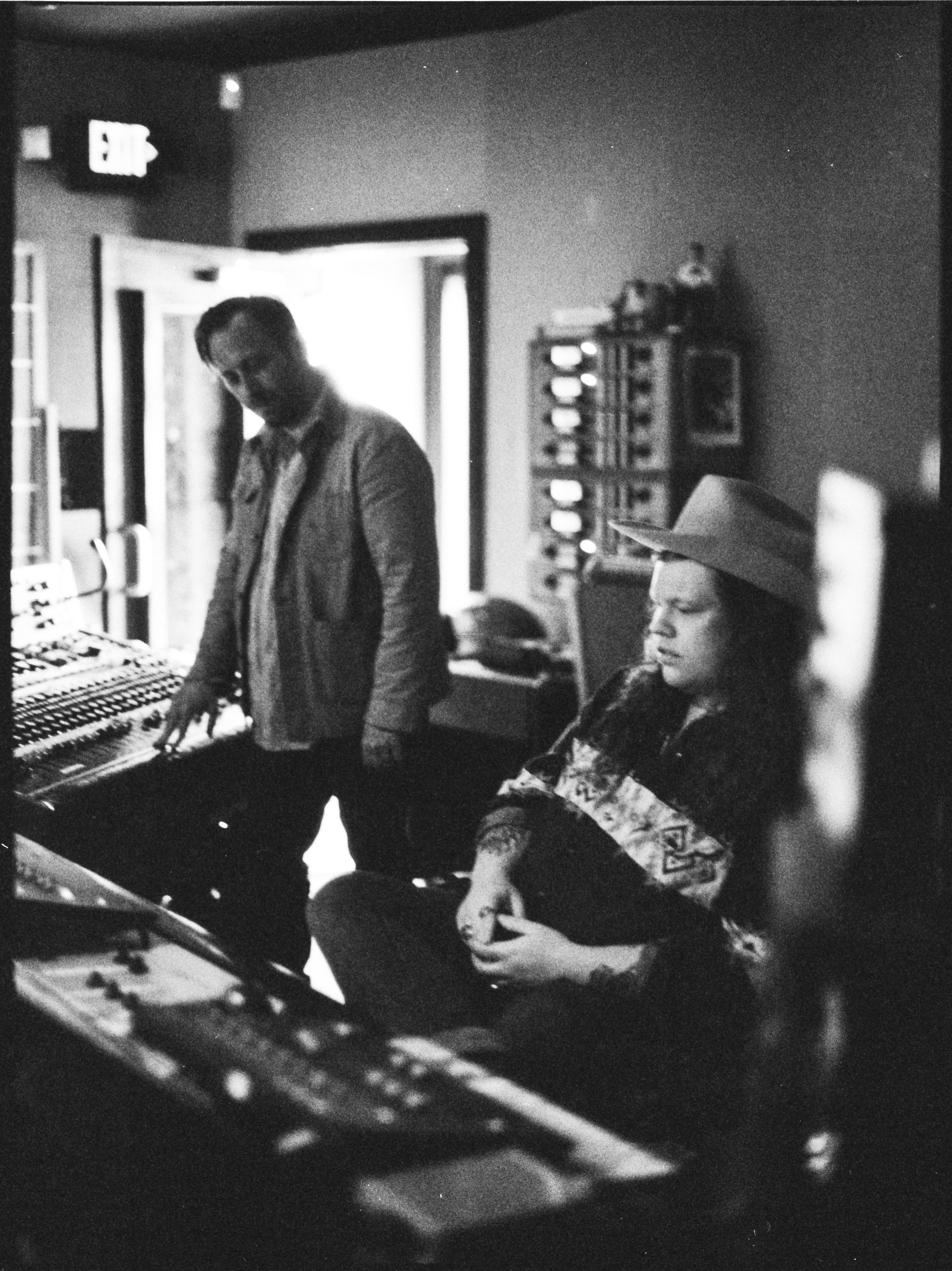 He says: “I was reconnected with the guitar. It was given to someone in the family and, because of that ­person’s track record, I thought I’d never see it again.

“My father hadn’t realised how much it meant to me but he was able to track it down and give it back. At the same time, I’d bought my car and moved to Nashville.  It all seemed connected to El Dorado.

“I felt like a thief when I got that car, man!” he cries. “I got it from an estate sale in Pennsylvania with such a good deal, I couldn’t pass it up.”

The album’s opening song is the wistful Young Man’s Dream with the lines: “Left my home when I was 17/Feet were dirty but my soul was clean.”

Marcus says: “It’s my coming-of-age story from when I left school and left home at 17 and all the things that have ­happened since.”

Working with producer Auerbach proved a happy experience for Marcus, who likens it to “a first date”.

“Me and Dan work right together and have a really strong respect for the craft. We don’t feel that we’re bigger than it. We see each other as pawns in a big game.

“We share the same work ethic, which is ‘nose to the pavement’.

“We’d start early in the morning and keep going until late at night. After three days, we’d cut 18 songs.”

Another of Marcus’s key connections is all-conquering country rock superstar Chris Stapleton, who he’s supported on tour and will do again later this year. Marcus pays him an affectionate tribute: “Chris is an inspiration for a guy like me, just to see him standing there, singing and playing guitar.

“The amount I move around on stage makes me seem like Mick Jagger compared to him, but he moves his audience and it’s so beautiful to watch. He’s such a sweet man, so kind and hospitable on the road.”

Finally, I ask Marcus to shed light on his hopes for the future. “My main goal is to play large enough venues and make it enough of a career to tour completely comfortably.

“Living out of a suitcase right now is hard.”

He is now looking forward to spending more time with his girlfriend in Nashville and their big yellow Labrador Ziggy.

“And I’d also love gigs where we bring our families and our family dogs!” he laughs.