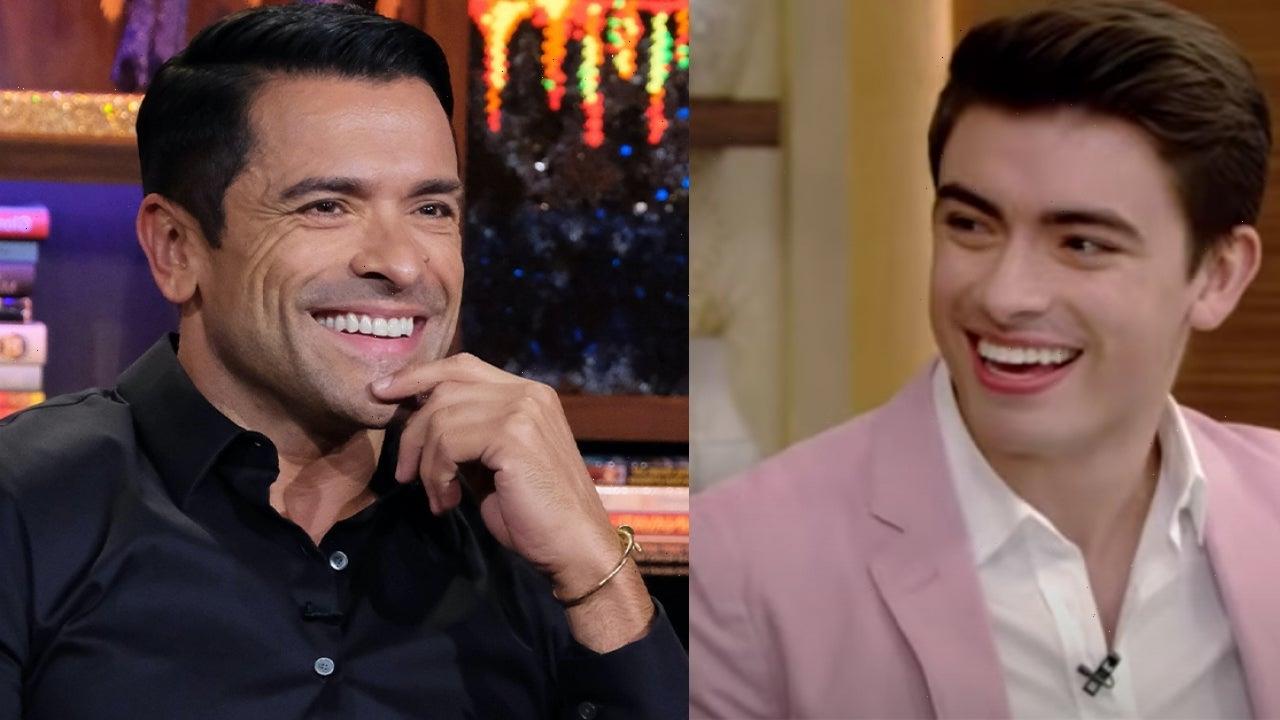 The father-son duo share the role of Hiram Lodge on the CW series, with Michael playing the younger version of the devious character.

In Michael’s Instagram post, he was dressed in character, but in between takes, he posed in front of a portrait of Mark’s version of Hiram. Many fans took to the comment section to marvel at the pair’s striking similarities.

“YOU LOOK LIKE HIRAM LODGE EXACTLYYYYYY OMGGG” one person wrote, with another adding, “I don’t see any difference.”

Michael’s parents commented, too, with his dad complimenting, “Nice!!!” and his mom, Kelly Ripa, who also appeared on Riverdale, quipping, “Son? Is that you??”

As for Michael, he appeared to suggest that he’ll pop up in the second episode of the fifth season of Riverdale, captioning his post, “8/18.” The show’s fifth season is set to premiere Aug. 11.

The younger Consuelos recently stopped by his mom’s morning show, Live With Kelly and Ryan. During his appearance, Ryan Seacrest commented on how similar the Consuelos men sound, something that Michael said “everyone keeps telling” him.

“I think the difference is that my dad is my voice, but with confidence,” he said. “When talking, I’m like, ‘I’ve got to sound like I know what I’m doing.'”

Season 5 of Riverdale will premiere Aug. 11 on The CW.