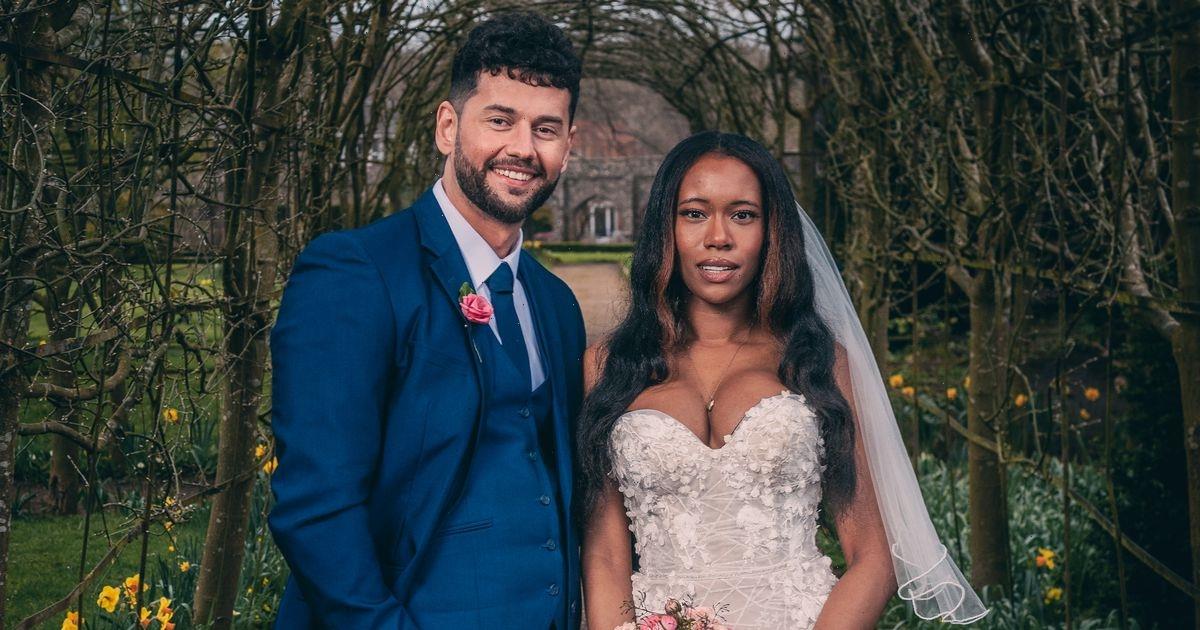 Married At First Sight UK is always full of interesting characters with eclectic backgrounds – but it seems not all of this year's cast has shared their previous jobs on the show.

This year's series has provided plenty of drama and one of the couples at the centre of it all is Duka Cav and Whitney Hughes.

The pair didn't exactly get off to a good start on their wedding day and in multiple clashes since saying 'I do', Whitney has labelled her groom 'fake' and the couple have struggled to bond.

Dika, 31, is from Birmingham and introduced himself on the show as a recruitment HR coordinator, but it's now been revealed that he appears to have another job working as a stripper.

Duka, who arrived in the UK from former Yugoslavia at just 10 years old, performs as part of all-male stripping group called UK Pleasure Boys, going under the name "Apollo" and promising to "satisfy your desires".

A message from "Apollo" on their website reads: "How’s it going Ladies! I am Apollo and I have been with the UK Pleasure Boys for quite some time now, I am the hype man of the group.

"I love to push people to be their very best and also make sure you ladies are hyped and ready to go when you come to visit us!

"If you ladies wanna have a night to remember then give us a call and I’ll make sure to satisfy your desires."

Duka's bride Whitney branded her new husband a "fake" and broke down in tears during a recent dinner party. As she was comforted by pal Kasia, Whitney ignored her husband when he asked if everything was ok.

She later told the cameras: "I just felt overwhelmed and thought 'what am I doing here?'"

After being asked about her wedding by fellow contestants, she rolled her eyes and said: "It happened. The guy made us say, 'I do' but 'I do' is really intense…I was like…'Do I?' It was just a bit of a shock to the system."

As Whitney spoke to her fellow contestants, she said: '"I survived!" before desperately confessing she needed a drink. She added: "I'm going to sit here by myself."

Duka is not the only MAFS UK 2022 groom who works as stripper. Pjay Finch, who was married to Jess Potter, is part of the Dreamboys cast.

His bride was reduced to tears on her wedding day when she learned about her husband's job and despite going on to form a firm friendship, the duo have now left the experiment.

Moments after their wedding Pjay asked his new wife what her job was and she told him that she worked as a dental hygienist. She returned the question and asked: "What about you, what do you do?"

With a smile, he said: "OK, I'm going to tell you, but you can't judge," and Jess replied: "OK that obviously makes me feel sick straight away."

It was then that he told her that he was a "performer slash dancer slash stripper".

Married At First Sight UK continues at 9pm on E4.