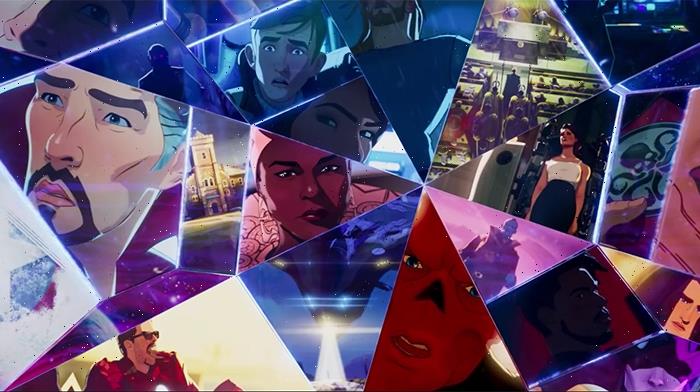 The first season of Marvel’s What If…? is unfolding weekly over on Disney+ right now. We’re only two episodes into the show, but so far the animated series has offered some interesting twists on some of the familiar stories in the Marvel Cinematic Universe, albeit with some frustrating shortcomings. However, this is just the beginning of Marvel’s exploration of alternate universes.

The creative team behind Marvel’s What If…? is already working on a second season, and even though Phase Four of the Marvel Cinematic Universe is just beginning, Marvel Studios boss Kevin Feige says the new movies will have a place in the animated multiverse madness of season 2.

ScreenRant spoke to Kevin Feige during the press rounds for Shang-Chi and the Legend of the Ten Rings (in theaters next week), and conversation turned to future episodes of What If…? on Disney+. Kevin Feige revealed:

“Just as season 1 is tapping into films and storylines from the MCU that you’ve seen up to this point, season 2 will definitely incorporate movies from Phase 4.”

This goes along with what we heard from executive producer Brad Winderbaum in our interview before the premiere of What If…? earlier this month. When asked whether a new season of the series had to wait for the completion of a new phase or saga in order to have a new season of remixed stories and Winderbaum echoed what Feige said. Winderbaum explained:

“As long as it’s been released, as long as people have seen it, What If…? can twist it. We don’t have to wait for the end of another saga. We can dig in and start to twist and turn in anything that’s been established on screen by Marvel Studios.”

Since it takes a longer time for new seasons of animated shows to come together, there’s plenty of time for more Marvel movies from Phase Four to get released, making them eligible for a remix in the future. Shang-Chi and the Legend of the Ten Rings arrives next month, Eternals hits in November, and Spider-Man: No Way Home hits theaters in December. After that, 2022 brings the likes of Doctor Strange in the Multiverse of Madness, Thor: Lover & Thunder, Black Panther: Wakanda Forever, and The Marvels.

The creative team behind What If…? is likely already privy to what those movies entail, so they can figure out how to give them a different approach in the show’s second season long before we even see those movies on the big screen. Don’t forget, one of the potential stories for the first season of What If…? coincidentally included half the plot of Guardians of the Galaxy Vol. 3, so it had to be scrapped. So hopefully the second season will be able to avoid any clashing with the plot of the other upcoming Marvel movies.