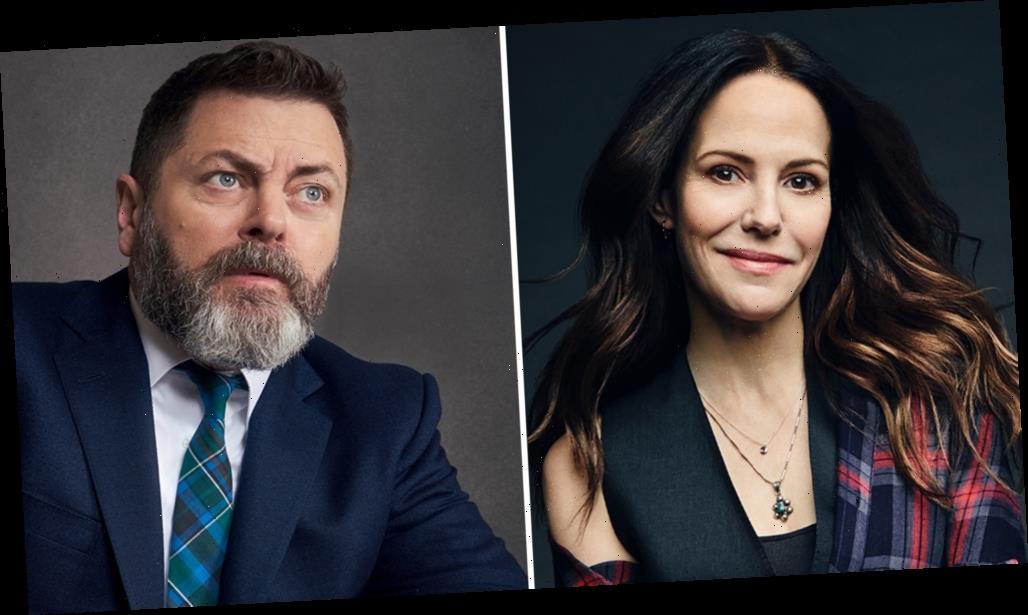 Mary-Louise Parker and Nick Offerman have been tapped to star as the adoptive parents of activist and former star NFL quarterback Colin Kaepernick in the Netflix limited series Colin in Black & White from Kaepernick and Oscar nominee and Emmy winner Ava DuVernay.

Created by Kaepernick and Duvernay and written by Emmy nominee Michael Starrbury, the six-episode Colin in Black and White will provide an introspective look at Kaepernick’s adolescent years as a Black teen growing up with a white adopted family. It was previously announced that Jaden Michael will star as Colin Kaepernick during his formative high school years.

Parker and Offerman will portray Teresa and Rick Kaepernick, respectively, who must navigate what it means to raise a Black child in a predominantly white family and community.

The series will follow Kaepernick’s journey to become a great quarterback while defining his identity and lending meaningful insight into the acts and experiences that led him to become the Freedom Fighter he is today.

Starrbury writes and serves as executive producer, alongside DuVernay and Kaepernick, who will appear as himself as narrator of the series.

Parker is best known for her portrayal of Nancy Botwin on the critically praised Showtime series Weeds, a role which earned her three Emmy nominations and Golden Globe win for best actress. She most recently was seen in Adam Rapp’s The Sound Inside on Broadway, for which she scored a Tony Award for Lead Actress in a Play. She next will be seen on the Broadway stage in spring 2022 in the revival of How I Learned To Drive. Parker is repped by CAA and Untitled Entertainment.

Offerman is known for his starring role as Ron Swanson in NBC’s hit comedy series Parks & Recreation, as well as his work in FX’s Devs and as Karl Weathers in Fargo. He also co-hosts NBC’s Making It with fellow Parks & Rec alum Amy Poehler. His recent film credits include Hearts Beat Loud, The Founder, Bad Times at the El Royale and Lucy in the Sky, among others. Offerman is repped by UTA.