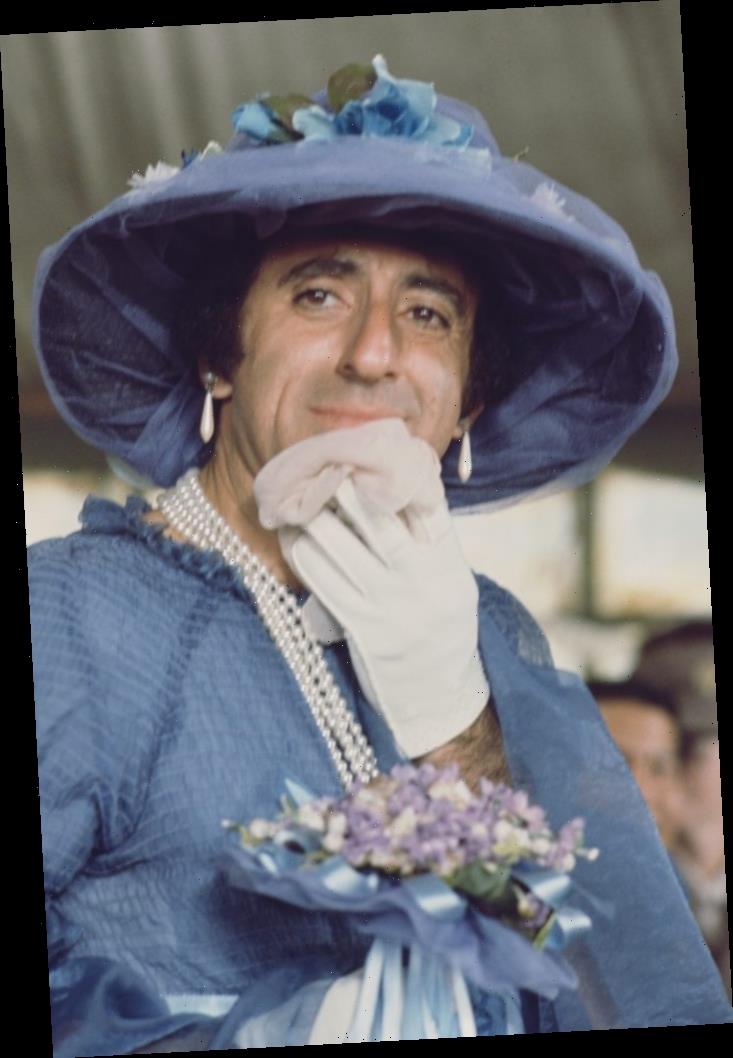 In the nearly 50 years since its debut, M*A*S*H is still considered one of television’s greatest comedy series.

While the program relied on a solid ensemble cast, one character who could be counted on in each episode for laughs was dress-wearing Corporal  Maxwell Q. Klinger.

Actor Jamie Farr revealed which of the dresses and gowns from the show were the ones he considered his favorites.

Out of a cast of so many unforgettable actors, only a few remain from the series.

In addition to Farr, the other surviving main actors from the cast include Alan Alda (“Benjamin Franklin ‘Hawkeye’ Pierce) who has kept busy with his podcast, “Clear+Vivid”; Loretta Swit (Margaret ‘Hot Lips’ Houlihan’) who has been and remains a strong animal rights advocate; Gary Burghoff (Walter ‘Radar’ O’Reilly) has shown great talent for wildlife painting; and Mike Farrell (B.J. Hunnicutt) has turned his attention to social political activism.

‘What the heck kind of part is this?’

When Farr was cast as Klinger on M*A*S*H, it was understood that he was performing on one episode only. He was happy for the work and had no idea what it would lead to.

“I was really down on my luck,” he told the National Museum of American History in 2017. “I hadn’t been working, so when they called me, they didn’t even tell me what the part was, they just said you got a part, and it pays $250 for the day. So, I said to my agent, boy I’ll be there.”

The actor, who really was born and raised in Toledo just like his character on the show, was shocked to find out he would have to wear dresses for his character.

“So I said, ‘What the heck kind of part is this?’ But I put the thing on, and [producer Gene Reynolds] started laughing because of my hairy, bowed legs and everything, then he took me on this stage, and everybody had a good time laughing,” he continued.

Farr’s comedic flair and his legs impressed the show’s producers and viewers so much that he was made a permanent part of the cast.

“It made such an impact that they called me back, and I think I did six more of those first-year shows, and that’s how I got connected with the series,” he recalled. 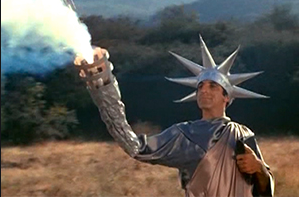 One little-known fact about Farr’s dresses and gowns on the show is that many were borrowed from some big names in Hollywood.

“I wore some things that famous people did,” he told the Archive of American Television in 2011. “I think I had something of Betty Grable, something that Alice Fay had worn.

“This is one of my favorite stories: I had an outfit on that Ginger Rogers had worn. We did a Fred Astaire/Ginger Rogers scene. The next day, after that show had aired, I was in the commissary and Ginger Rogers was on the lot doing The Love Boat. And she came over to my table and she says, ‘Jamie, I saw that show last night. I gotta tell you something, you looked a hell of a lot better in that dress than I did,” Farr said, laughing.

Asked if he had one favorite dress or gown, Farr said, “There were so many outfits,” but the ones that he loved most were “the Gone with the Wind outfit, the Betty Grable outfit, the Statue of Liberty outfit, and the kimono outfit.”