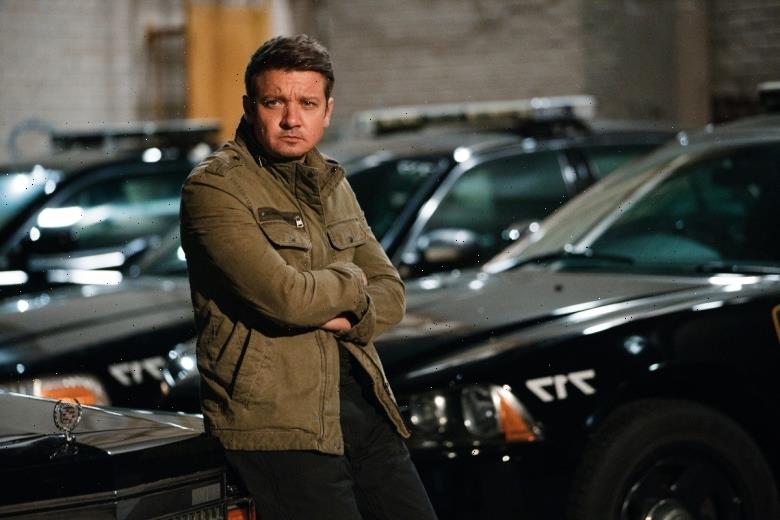 One would be forgiven for confusing “Mayor of Kingstown” from Paramount+ with “Mare of Easttown” on HBO. Mayor or Mare, Kingstown or Easttown, Pennsylvania crime drama or Michigan crime drama. Among the profusion of “prestige” TV, the easiest way to keep them straight (at least, before watching them) isn’t by their title or subject matter, but their star: Kate Winslet is the eponymous “Mare of Easttown,” while Jeremy Renner plays the unofficial “Mayor of Kingstown.”

The latter is also the latest original streaming series with the weight of an entire service on its shoulders. Co-created and written by Taylor Sheridan, who helped Spike TV transition to the Paramount Network with 2018’s “Yellowstone,” the blue-collar, blue-tinged, pseudo-cop drama’s raison d’être is to build a bridge from the Network to the “+” — from the presumed past to the supposed future — so the (massive) audiences who have already flocked to Kevin Costner’s ranch will make their way over to Renner’s prison town.

Through two dour, merciless episodes, that’s exactly how “Mayor of Kingstown” comes across: as a paint-by-numbers prestige play, where every piece of the story follows a checklist dating back to the early aughts. This is no “Mare,” even if it’s meant to make you think so. While genuinely novel and thrilling paths could eventually emerge over the 10-episode first season (and, in all likelihood, beyond), “Mayor of Kingstown’s” overarching lack of motivation — as seen in Renner’s character as well as the show’s adherence to a prestige TV playbook — doesn’t bode well.

Let’s start with Renner, who’s reuniting with Sheridan after their 2017 feature “Wind River,” which was made during the writer-director’s ascent to above-the-line talent. Renner was already there. As an O.G. Avenger and a one-time Oscar nominee, Renner is what qualifies as a movie star these days, thus making him the ideal (read: mandatory) lead for a prestige TV drama. (First box: check!) He plays Mike McLusky, a felon living and “working” in his hometown of Kingstown, MI, alongside his brother, Mitch (Emmy winner Kyle Chandler). Mike and Mitch serve as local power brokers, fancying themselves peacekeepers between the 20,000 inmates spread across four local prisons and the 40,000 men and women paid to keep them there. If an aunt needs to get a phone to her incarcerated nephew, they go see Mitch, Mitch makes a deal with his army of guards on their behalf, and bingo, bango, a separated family can text again. 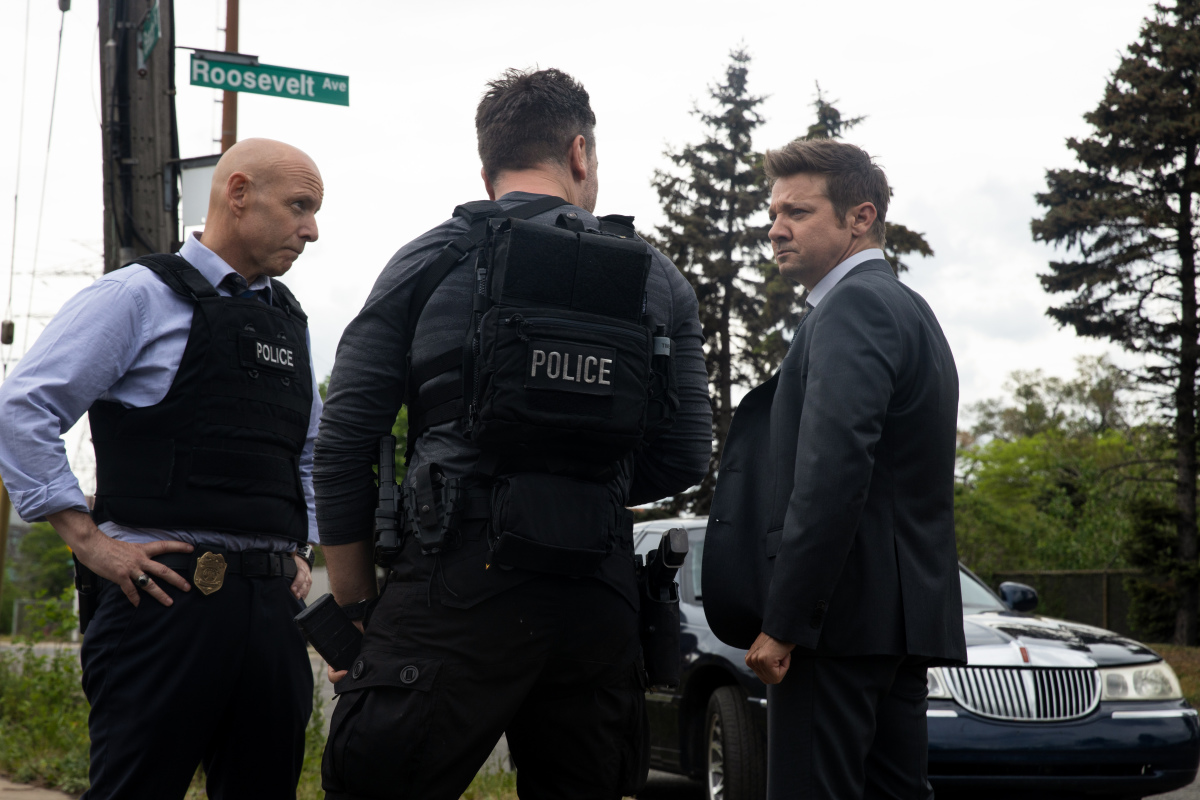 Hugh Dillon and Jeremy Renner in “Mayor of Kingstown”

Of course, Mitch and Mike also take requests from folks on the inside, like when a convict needs to pay off his gang leader by digging up a stolen bag of money. While helping families is something the McLuskys do out of the kindness of their hearts, this other sort of job nets them a $10 grand share of the illicit cash, which makes them, you guessed it, antiheroes. (Check!) These initial episodes are a bit murky on the details (relying on an awkward voiceover from Renner to fill us in), but Sheridan and co-creator, pilot co-writer, executive producer, and supporting star Hugh Dillon go to great lengths to gray the lines around the moral root of their actions. Supposedly, it’s not for the money, not really for the power, and maybe, just maybe, rooted in a misguided willingness to do the right thing.

Similarly suspect thinking isn’t isolated to the fictional characters. “Mayor of Kingstown” is filled with stark violence, coarse language, and nudity aplenty (check, check, and check) because of course it is; that’s all a given for this type of show, but even so, watching a start-to-finish lethal injection and lap dance feels as excessive as it does inevitable. Even more formulaic is the ominous opening credits sequence (check), where desaturated images of glum actors standing for mug shots are cross-cut with B-roll of stark forests, battered fields, and decrepit houses, while a berating score reminds you how hard life is and how good this show must be for taking it all so seriously.

While not literally as dark as other prestige crime dramas, “Mayor of Kingstown” may be one of the grittiest — as if Sheridan (who directs the pilot) took all his cues from Clint Eastwood’s 2012 Super Bowl commercial and then ditched the sunny ending in favor of additional gloom. Like Sheridan’s better work (“Sicario,” “Hell or High Water”), all of this anguish would go down easier if it was serving a greater purpose. The official synopsis claims the series tackles “themes of systemic racism, corruption, and inequality,” but it’s yet to hint at a position on any of these topics, other than glorifying the corrupt. (Mitch and Mike aren’t cops, but they do work closely with the police, and the series is told almost exclusively via perspectives of white people in power.)

What it does find time to indulge in are two more overused TV tropes: a big-name twist in the first episode (check), and a lost man rediscovering his humanity after randomly spotting a wild animal (major check). Both of these actually work as disincentives to keep watching (especially the twist), but speak more objectively to the root problem with “Mayor of Kingstown’s” rocky start: It’s only shocking in its lack of purpose. Not only is it a big ask to invite audiences into a world of abject misery without a clear reason to suffer, but the series’ primary personal question isn’t all that compelling. 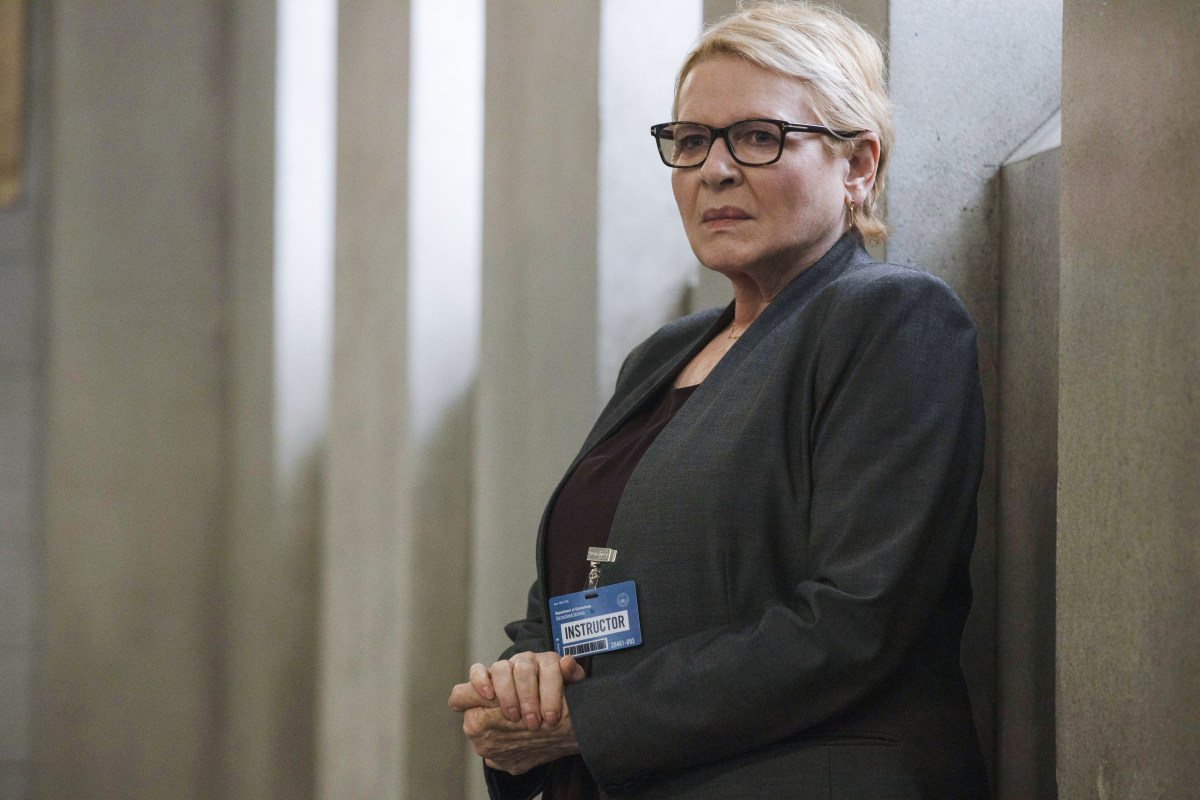 Dianne Wiest in “Mayor of Kingstown”

Renner’s Mike is asked repeatedly why he still lives in Kingstown and why he still does what he does; his family (including two-time Oscar winner Dianne Wiest, who rounds out the acclaimed supporting cast — check!) either wants him gone or isn’t worried about him, and he’s got no wife, kids, or friends to stick around for; he claims not to make much money from his “job,” and he lives in a remote cabin, away from humanity. Kingstown was made to service its prisons, and Mike is a prisoner of his own making. Why not start over somewhere else? Why not make a real difference? Why not build a life and live it well?

Like Showtime’s “American Rust” or even “Mare of Easttown,” maybe there’s a rich explanation ready to be divulged in the trials ahead. Maybe by going through a few seasons of hell, Mike will fall in love and run away, or be forced to flee for his life, or die regretting the road not traveled. Given the checklist laid out above, one of those seems more than likely — just as “Mayor of Kingstown” appears tailor-made to be forever confused with 100 other shows like it, shackled and forgotten in its allegiance to an outdated template.