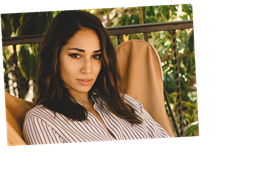 In the hybrid Jury Duty, written by Klein and Darrow based on a British format and directed by Christine Gernon, a group of jurors are sequestered together until they all agree on a verdict….and they can’t even agree on lunch.

Rath plays Jen. Sarcastic, adorably neurotic and a little controlling, Jen is a successful book editor who is high maintenance, but thinks she’s low maintenance. She feels like the last single girl in the world because all of her friends are married with kids.

Klein and Darrow executive produce the with the original format’s creator James Acaster, and Kenton Allen and Matthew Justice for Big Talk.

This marks a return to comedy for Rath who is coming off a three-season stint as a series regular on CBS’ Hawaii Five-0 and prior to that starred in the fourth and final season on the Audience action drama series Rogue.

In 2015, Rath was in the extremely rare position of being cast as the female lead in two comedy pilots, Fox’s Cooper Barrett’s Guide To Surviving Life and NBC’s Truth Be Told, both of which were picked up to series. She went on to do Cooper Barrett, which had her in first position.

On the Fox series, Rath starred opposite Cutmore-Scott who played the title character Copper Barrett. The two met on the show, fell in love and are set to be married in May as they also look forward to working together again on Jury Duty.