Meredith Marks from The Real Housewives of Salt Lake City laughed when asked if she was the one who called the authorities on Jen Shah.

“What do you think?” she laughed when podcaster David Yontef asked her point-blank if she made the call. However, Marks painted a scenario of what someone might do if they had evidence of a crime.

Did Meredith Marks call the authorities on Jen Shah?

Marks’ husband Seth suddenly appeared in the interview when Yontef asked the question, leading Yontef to wonder if Seth’s appearance had anything to do with the question. 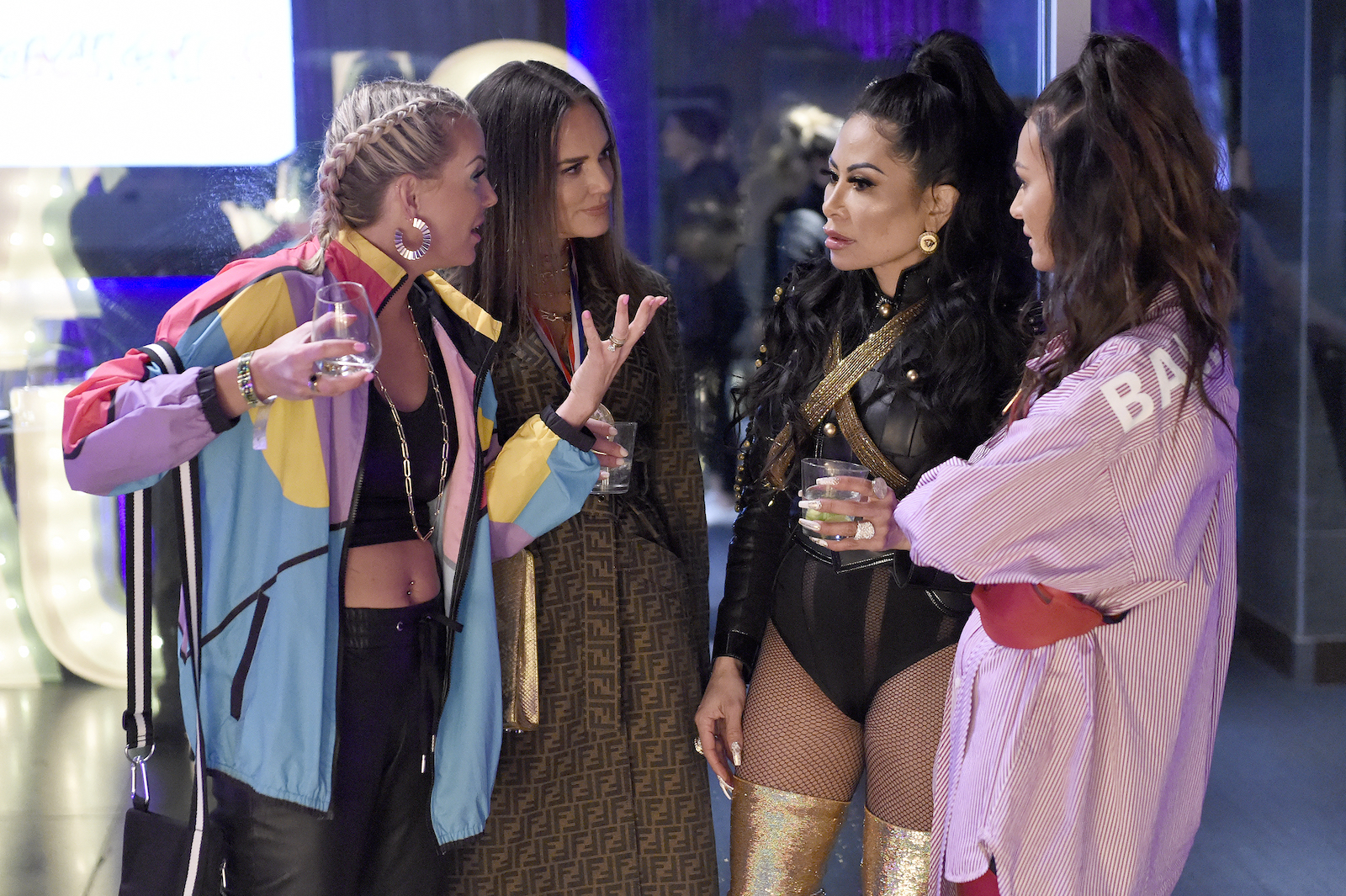 But Marks shrugged it off and finally addressed Yontef’s question. “Yeah. I mean, you know, it’s kind of funny because you say to yourself like, let’s say that I really have all this evidence like of these horrible things. What do you do? What do you do?” she asked on the Behind the Velvet Rope with David Yontef podcast. “That’s the big question and you know, I guess we’ll have to watch and see [laughs].”

Marks added, “And the real situation from the perspective of that’s a dilemma for people, you know, and I think what it ends up speaking to is what kind of evidence you have, you know,” she said. “If it’s something that’s real and you honestly believe that, you know, the elderly are being repeatedly defrauded.”

“I think the human obligation is to do something about that,” she said. But if it’s, you know, little nuggets that don’t really add up and you don’t really know, then you probably should mind your own business, you know?”

During the latest episode of RHOSLC, Marks said that Shah was with someone who stole a bag from her store. “Jen did not walk out with a bag,” she said in a confessional. “But what really didn’t sit well with me is she kept someone who she knew did take something out of my store in her employment. That’s not my friend.”

Marks added in her interview with Yontef, “Nobody wants to be aiding and abetting.” The incident occurred in Sept. 2020, months before Shah’s arrest for money laundering and fraud.

Why is Jen Shah still on ‘RHOSLC’?

Marks then addressed why Shah continued to be on the show if she had committed a crime. “You know, it’s always easy to speak when you haven’t stood in those shoes,” she said. “And so my immediate answer would be no way, you know, but I don’t know until I stand in those shoes, you know, I would just be very afraid of something being used against me.”

“You know, there’s, it’s so easy. I mean, look, when you’re filmed 24/7 and suddenly something isn’t adding up or whatever else, and it can be tied back to something that can really change your whole life,” she added. “I’d be a little wary. I’d be very, very cautious. I cannot imagine that any lawyer would advise their client that’s involved in any type of legal proceedings for the most part.” Adding, “Certainly not criminal”

Beyond the show, shouldn’t Shah get off of social media? “I think that Jen does what Jen wants to do, you know?” Marks said. “And that’s probably why if her lawyers did tell her, I’m not saying they did, I have no idea what they told her, but if they told her not to go on the show, I think she decided she wanted to because she wanted to tell her story. I don’t really know I’m not inside her brain, but that’s what I would presume.”