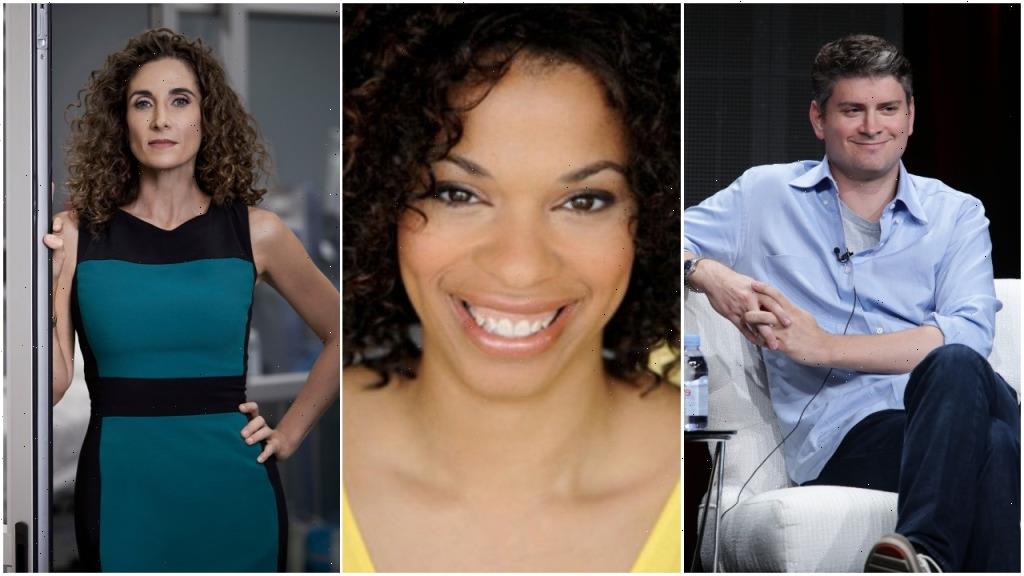 The AVOD service announced five projects ahead of its inaugural appearance at NewFronts.

They follow series orders for the likes of Greg Garcia’s Sprung and a Bosch spinoff.

Schur has teamed up with The Ringer writer and Basketball (and Other Things) author Shea Serrano on Primo, a coming-of-age story about a Mexican-American teenager balancing cultural norms, college aspirations, societal expectations and the hectic home life of being raised by his single mom and five uncles. Based on Serrano’s upbringing, he will write and exec produce with Schur and David Miner. Primo is a Fremulon and 3 Arts production in association with Universal TV.

Melina Kanakaredes and her family’s 100-year-old chocolate factory in Akron, Ohio is the inspiration for Greek Candy. The single-camera comedy, from Sony Pictures Television, tells the story of mom, dad, their three teenage daughters, four very Greek immigrant grandparents, and one very non-Greek “adopted” son and what it means to live the American dream in 2021. Kanakaredes writes with The Goldbergs exec producer Marc Firek and Kanakaredes, who also stars in The Resident, will star and exec produce. Firek also exec produces alongside Josh Berman and Jennifer Robinson in association with Osprey.

All American showrunner Nkechi Okoro Carroll is writing and exec producing The Fed, which follows both the personal and career drama surrounding a group of young finance hopefuls as they begin an elite fellowship with the Federal Reserve, the nation’s most powerful financial institution. These young financial geniuses are destined for greatness — provided they don’t screw it all up with secrets, lies, sex, and politics.

It is a passion project for Okoro Carroll, who worked as an analyst for the federal reserve before she broke into television, and she will exec produce alongside Adesuwa McCalla, who has a first-look deal with Amazon Studios.

Frasier and What We Do In The Shadows exec producers Chris Marcil and Sam Johnson have written Blessed and Highly Favored, unconventional workplace following Christine Kimbrough, a prodigal daughter who returns to Dallas as a rookie pastor and is tasked with keeping her family’s church alive in the face of rival megachurches, money problems and the presence of her predecessor and toughest critic—her father, Robert.

Finally, Black-ish and Schooled co-exec producer Vijal Patel is using his own life as inspiration for The Pradeeps of Pittsburgh, PA. The project, from Sony Pictures Television, follows an Indian family and the tumultuous yet humorous events of the two years since they arrived in Pittsburgh. Told as a comedic mystery for the audience to unravel, viewers discover what pushed them to the brink, leading to their present immigration woes. The Big Sick helmer Michael Showalter will direct and Patel and Showalter will exec produce alongside Sara Gilbert, Tom Werner, Mandy Summers and Jordana Mollick.

Lauren Anderson, Co-Head of Content & Programming, IMDb TV, told Deadline, “It’s about being in business with the absolute best, but it’s also about asking ‘What are the stories that they’re excited to tell.”

“I’m super interested in these great prolific creators and saying what do you want to do in streaming,” added her Co-Head Ryan Pirozzi.