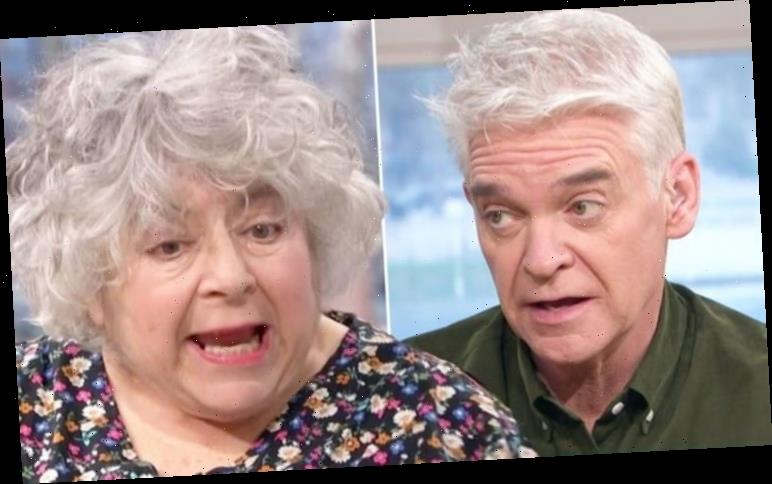 BAFTA-winning actor Miriam Margolyes returns to the BBC tonight as she fronts her own documentary series Miriam’s Big Fat Adventure. Not one to shy away from the discussion of obesity and body image, Miriam joined Phillip Schofield and Holly Willoughby on This Morning to reveal all about the new series as well as her own struggles with her weight.

However, as the conversation continued, Phillip had a confession for the 78-year-old actor as he admitted they couldn’t say the same words she did.

Holly started the debate by asking Miriam: “Are we okay using the word fat? Because we’ve spoken about this –“

Miriam quickly interjected: “Well what else are you going to say?”

Holly then tried to explain herself as she said: “Well this is a very good point –“ 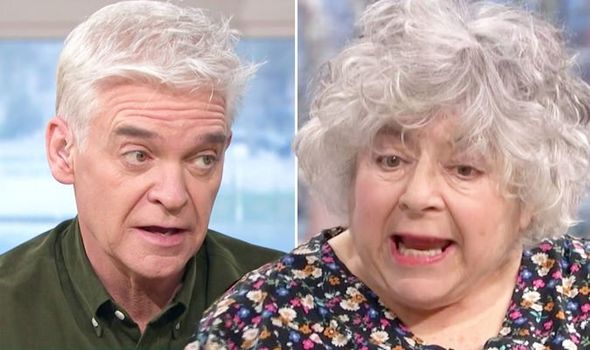 At this point, Phillip interrupted to offer his explanation on the debate.

Miriam wasn’t having any of Phillip’s stance and said: “I’m sorry but I think that’s silly.” 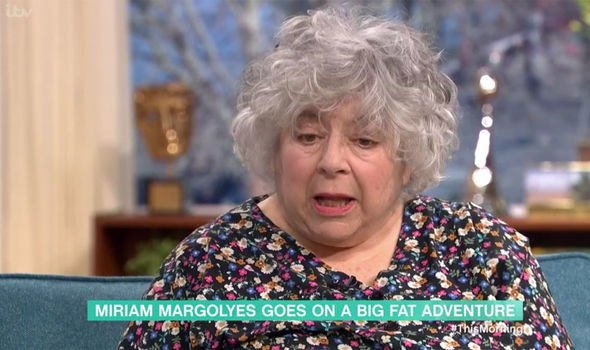 She continued to probe for answers asking Holly and Phil: “What would you say?”

Phillip began to offer alternatives to Miriam, stating he and Holly could’ve said “overweight (or) larger.”

Miriam grimaced at the suggestions before snapping: “Portly?! Roly-poly?!”

Holly and Phil let out a laugh before saying: “I don’t think you can say any of those things.”

He added: “I think we have to be very generic and you have to be careful.”

Clearly unhappy with the idea of beating around the bush, Miriam refused to go along with the rules.

While Phillip and Holly may have been hesitant to use the word, Miriam gained plenty of support from fans who agree with her stance.

Taking to Twitter, one viewer said: “@thismorning just love Miriam she’s is beautiful inside and out. And I agree we should be able to use the word ‘Fat’.”

A second agreed: “Miriam Margolyes is absolute goals. Say it how it is honey! Fat or not Fat your fabulous #ThisMorning.’

While a third tweeted: “Exactly Miriam say it as it is – Fat #ThisMorning.”

And a fourth added to the debate: “Miriam Margolyes is SO right.”

This Morning continues weekdays at 10am on ITV.