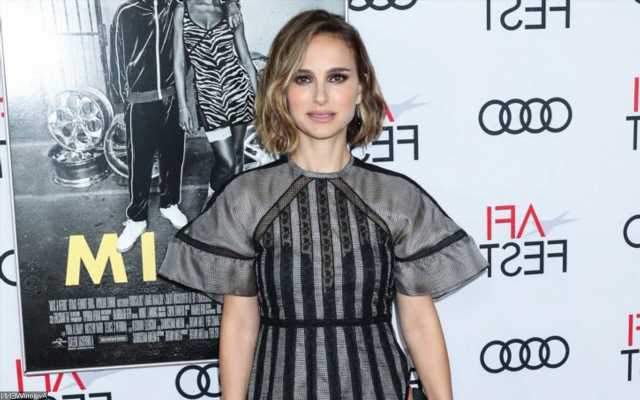 The ‘Thor: Love and Thunder’ actress has dropped out of the film project, which is based on Elena Ferrante’s story ‘My Brilliant Friend’, weeks before the start of filming.

The Oscar winner dropped out over “unforeseen personal reasons”, leaving producers to decide to walk away from the film, based on Elena Ferrante’s story “My Brilliant Friend”.

“Due to unforeseen personal reasons, Natalie Portman has stepped down from HBO Films’ Days of Abandonment prior to the start of filming,” a statement from HBO, obtained by The Hollywood Reporter, reads.

“Unfortunately, the production will not move forward. We are very sorry we won’t be able to bring this beautiful story to the screen with our talented writer-director and cast. We send our sincere thanks to our cast, producers, and crew for all their passion and hard work.”

The project was due to begin filming in Sydney, Australia next month (September 2021).

Additional details surrounding Natalie’s decision to drop out were not immediately available. Reps for the actress and producer also declined further comment. The project was due to begin filming soon in Sydney after receiving a $3.4 million grant from local officials.

The movie was first picked up by HBO in April and put into pre-production soon after. Natalie was due to star and executive produce the film, with Maggie Bates writing the script. Other cast members included Rafe Spall and Mary-Louise Parker.

“The Days of Abandonment”, which was previously adapted into a 2006 Italian film, centers on Tess, Natalie’s character, a woman who abandoned her own dreams for a stable home life and is in turn abandoned by her husband, throwing her world off its axis.

The movie was poised to explore the mind of a woman in crisis, who confronts the norms of motherhood and female identity as Tess traverses the darkest reaches of her own psyche.