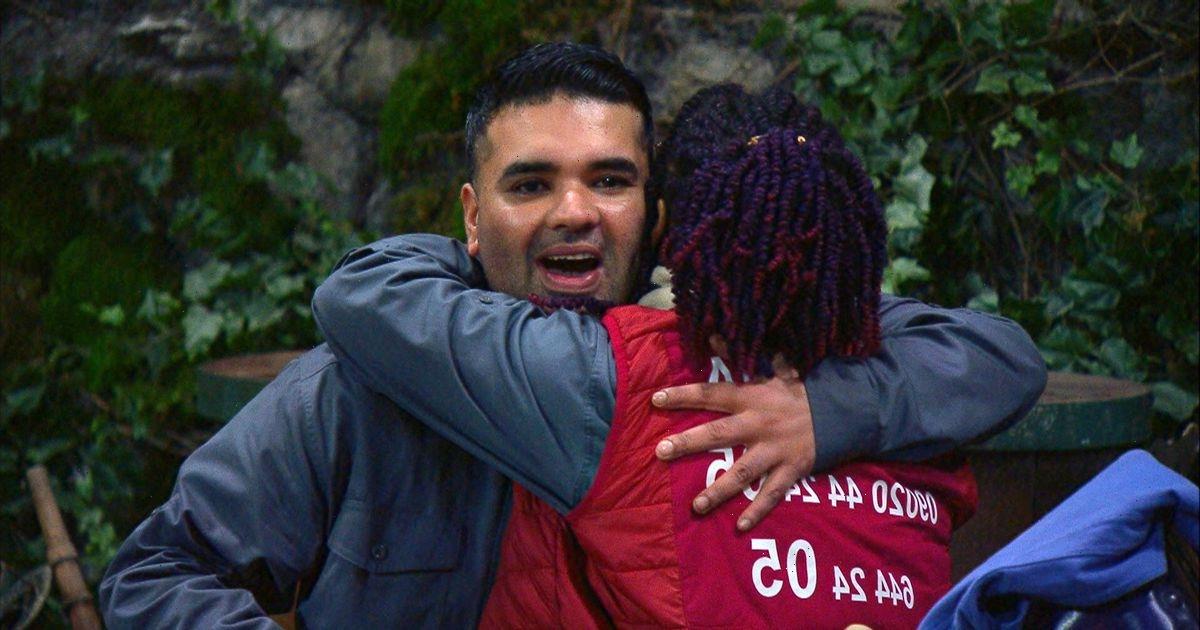 The I'm A Celebrity contestants are back in the camp after, cancelling shows for three days due to Storm Arwen, and things have changed.

The celebs who's run in the castle was put on hold found themselves surprisingly missing the simple life and working hard for their supper.

One contestant that has been a talking point this season is DJ and music producer Naughty Boy, 40.

Fans were eager to see if Naughty Boy and Kadeena Cox could make amends when they re-entered the castle after their TV clash.

With a heated debate blowing up during a pre-storm camp dinner, the pair now seemed to have cooled off on reuniting.

It all got a bit much for campmates when the stars began bickering over how to cook oxtail.

It was a case of too many cooks spoiling the broth, but the three-day break seemed to help the duelling chefs see the bigger picture and that they are more alike than they originally thought.

As she returned to Gwrych Castle, Kadeena told the music producer: "I had a lot of soul searching while I was gone – whenever I'm annoying you, just tell me to get out of the kitchen.

"When I'm doing something I'm like 'I want to control this situation' and I feel like sometimes I just need to step back. So, feel free."

Naughty Boy said: "That's your passion, that's not anything bad. Know what I mean?"

Kadeena admitted: "It's more like a personal thing – 'Kadeena you need to learn that you don't have to control every situation.'"

"Again, that's passion." Naughty Boy added as he laughed: "Basically, when man's chefing, you don't need to nag me. Is that what you want to hear?"

Kadeena chuckled: "I feel like you're the annoying younger brother that I didn't ask for."

That wasn't the only show changing chat that happened in the castle.

While talking to Dame Arlene Phillips, 78, Shahid Khan, AKA Naughty Boy, admitted that he "surrendered to Mother Nature" in his short hiatus from the show.

The DJ Said: "I always thought surrendering was a weakness. I think the last couple of days, I've found strength in surrendering. We all had to surrender to Mother Nature, and she must do what she needs to do.

"I'm here until the end – my end. But I won't ever say I'm going to leave you here, no never. Until it's our time, and only God knows when it's our time. I'm so glad that we're still here."

The dance legend added: "We made it thus far, and we'll go on. Take two!"

Naughty Boy said in the Telegraph: "Every single person has returned with a spring in their step."

Stay up to date with all the latest on I'm A Celebrity by signing up to OK!'s daily celebrity newsletter .