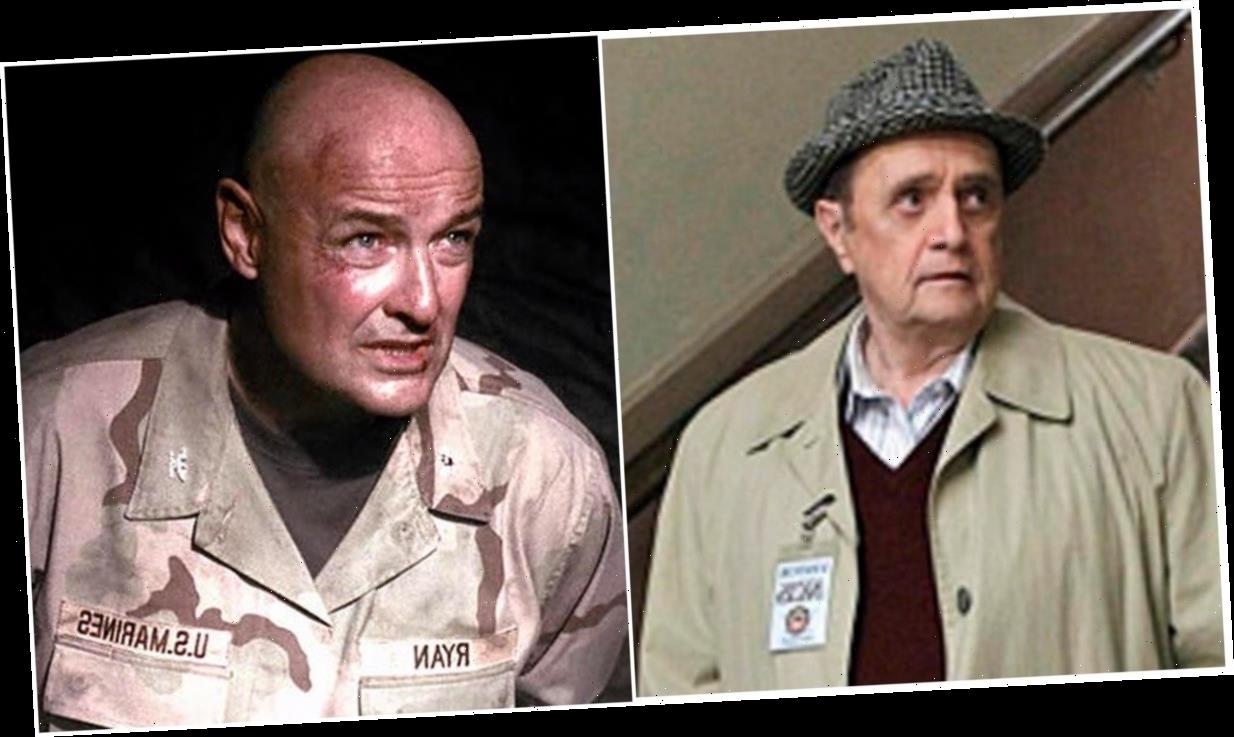 NCIS Season 18 is gearing up to kick off with its season premiere.

If it is like any of the past seasons of the hit CBS series, there should be fun guest stars throughout the season.

Through the years, NCIS has featured both big TV stars and movie stars and at least one major political figure in guest-starring performances, both as heroes and villains on the procedural series.

While their new season of the series might not have as many guest stars as the past, due to COVID-19 restrictions, expect more names to add to the list over time.

For now, here are the best and most memorable guest stars in NCIS history. 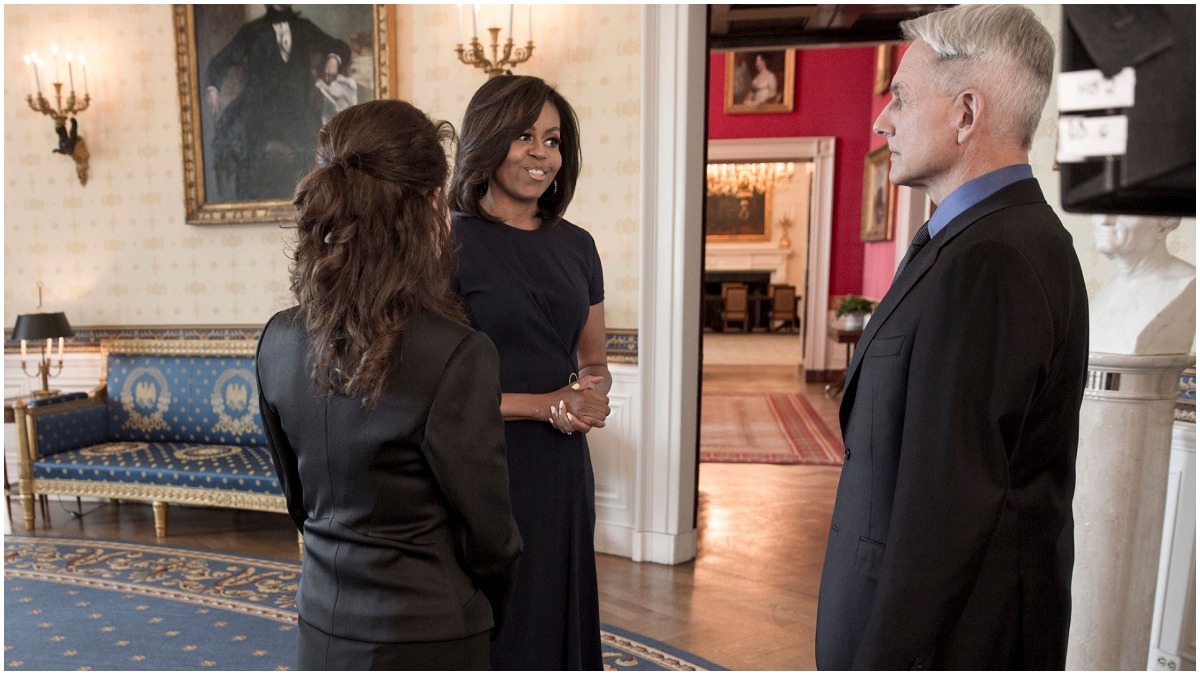 Former First Lady Michelle Obama appeared on NCIS in Season 13 and played herself.

This brought NCIS into the White House, and her appearance was for a specific reason.

Her appearance was in conjunction with “Joining Forces,” a nationwide initiative supporting service members, veterans, and their families. 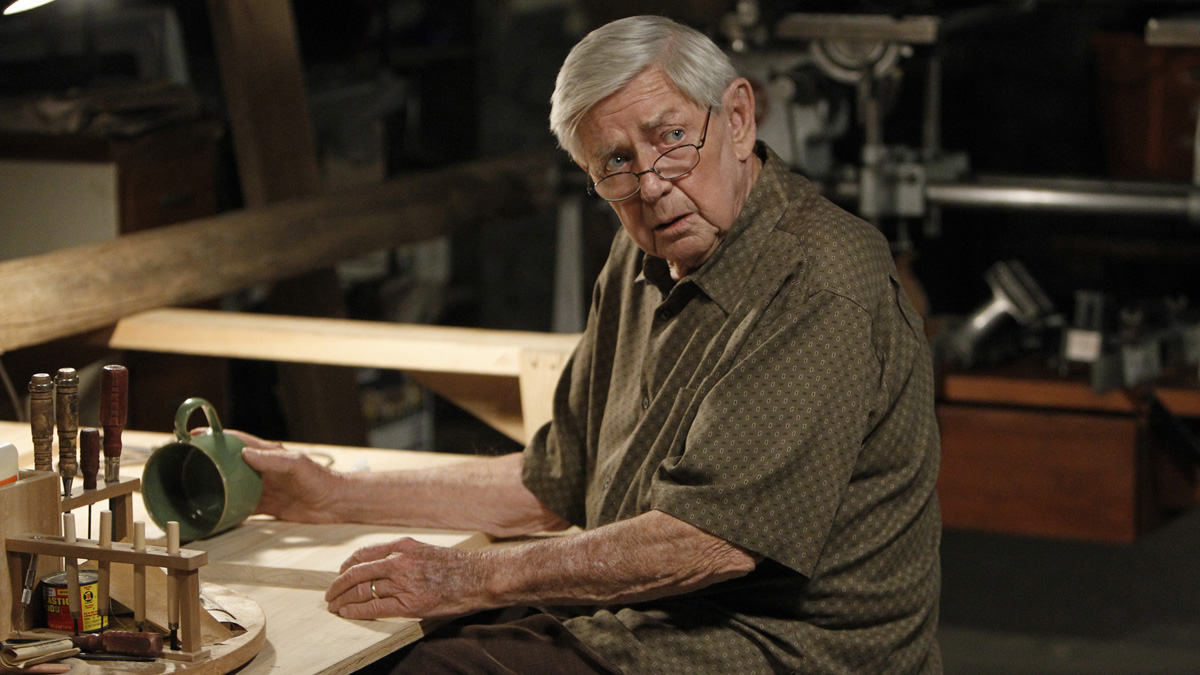 One NCIS guest star that has made multiple appearances is Ralph Waite as Jackson Gibbs.

Old-school fans know Waite from his most iconic role, the father on the long-running drama series, The Waltons.

On NCIS, Waite was the father of Gibbs, who still lived in their hometown of Stillwater. Jackson was also a former U.S. Army Air Force pilot.

His first appearance was in the Season 6 episode Heartland. He was also in one of NCIS’s most heartbreaking episodes when Gibbs went back home to bury his dad, who died of a stroke.

NCIS killed off Jackson Gibbs because Waite died in real-life, and the show wanted to honor him. 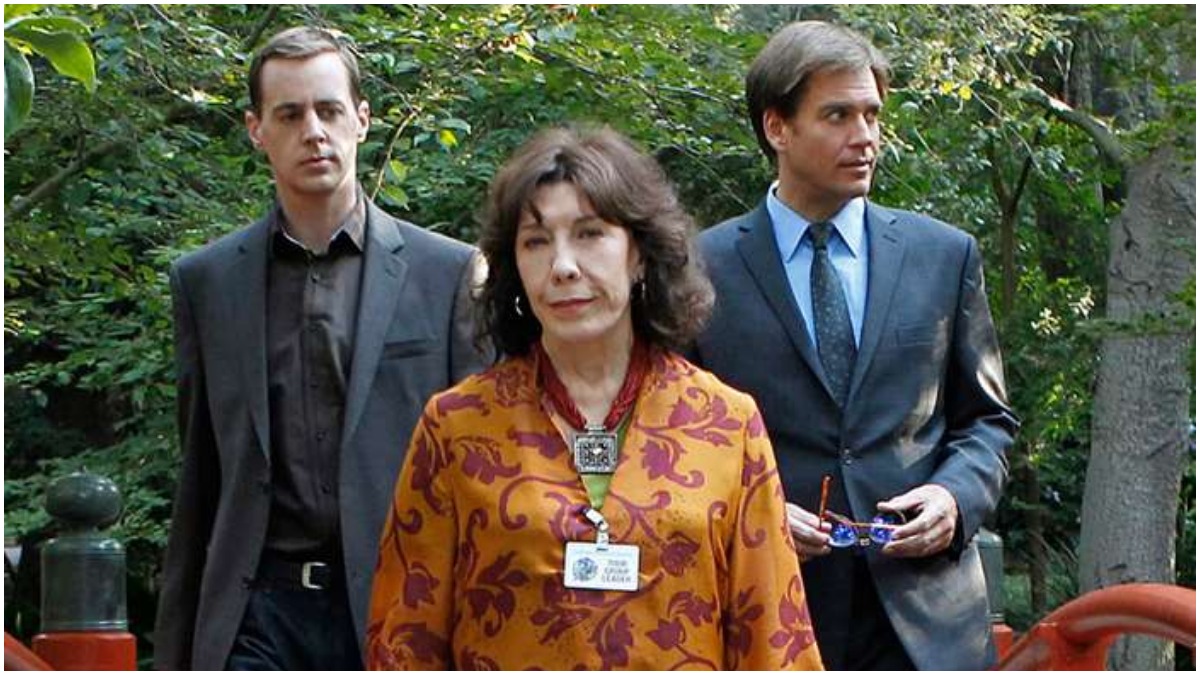 The second parent on this list is a major left turn from what fans saw when they met Gibbs’ dad.

This time, it’s McGee’s paternal grandmother (McGee had not spoken to his dad in seven years). While she is trying hard to get McGee to reconnect with his dad, she has a secret she is hiding from her grandson and the NCIS team.

In the episode The Penelope Papers, Penelope Langston is a former peace activist involved with a shady group in the past. That past comes back to haunt her when people start to end up dead, and a paper she had something to do with was the reason.

It was a project that the company she used to work for that would create a weapon of mass destruction, and the people involved were dying one by one. By the end, Gibbs and the team saved her life, and McGee called his dad. 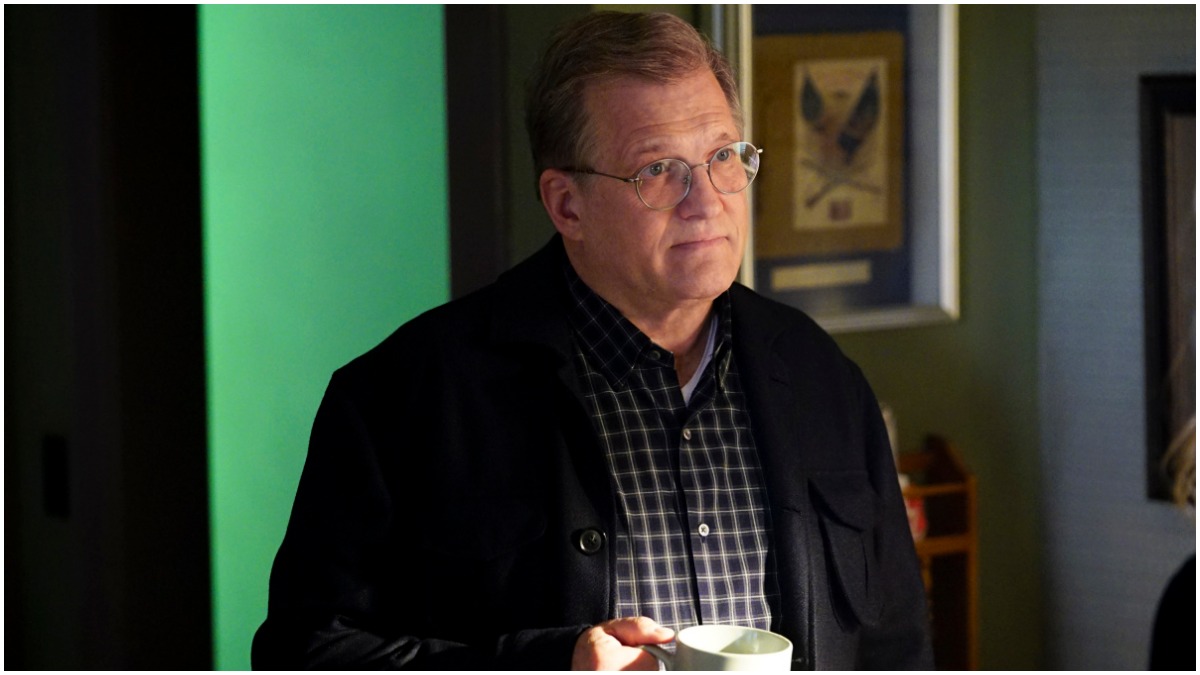 Drew Carey showed up in Season 15 of NCIS.

Known best for his role in The Drew Carey Show and the host of The Price is Right, Carey appeared on NCIS as retired Marine Sergeant John Ross in the episode Handle With Care.

Carey served as a Marine Corps Reserve for six years, so he fits in well.

In the series, Ross sent care packages to Marines on active duty, and when one of the packages had cyanide in the cookies, he became a suspect. 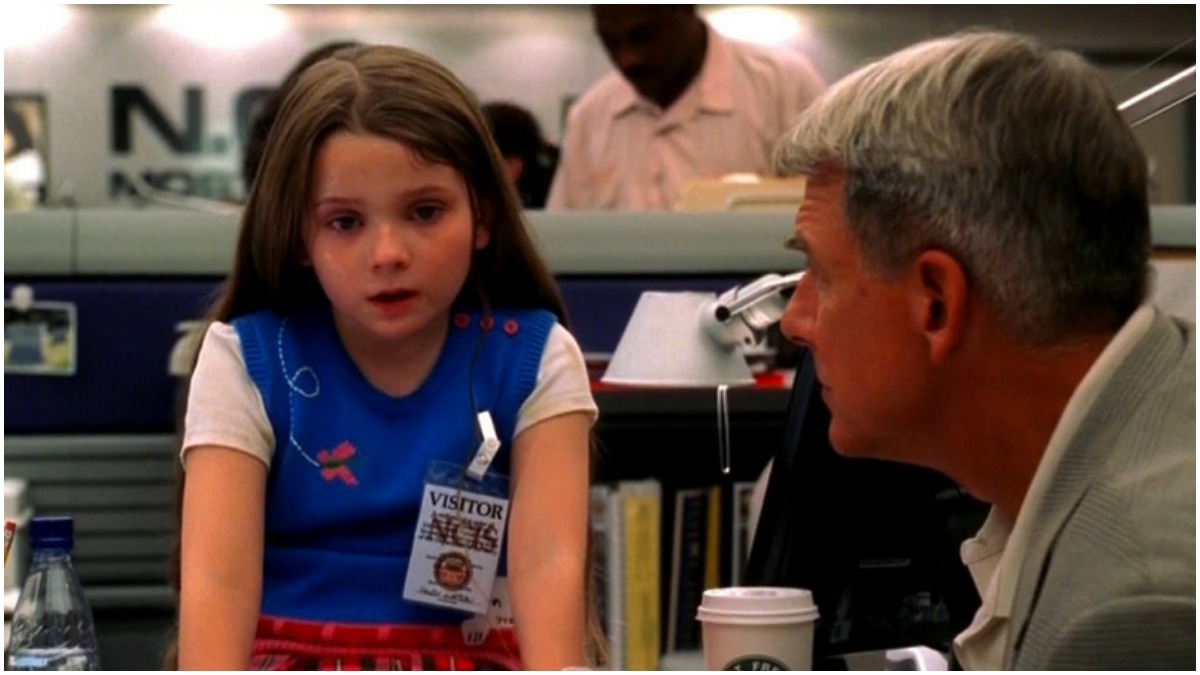 Abigail Breslin was a former child actress who has gone on to have a relatively successful career as an adult actor.

Before her appearance on NCIS, her only real notable role was in M. Night Shyamalan’s Signs as one of Mel Gibson’s children trying to survive the alien invasion. She went on to enjoy her breakout role in Little Miss Sunshine.

However, between those two movies, she appeared in the NCIS episode See No Evil.

Breslin was Sandy Watson, an eight-year-old blind girl kidnapped along with her mother and held for ransom, with the kidnappers targeting a Navy captain. 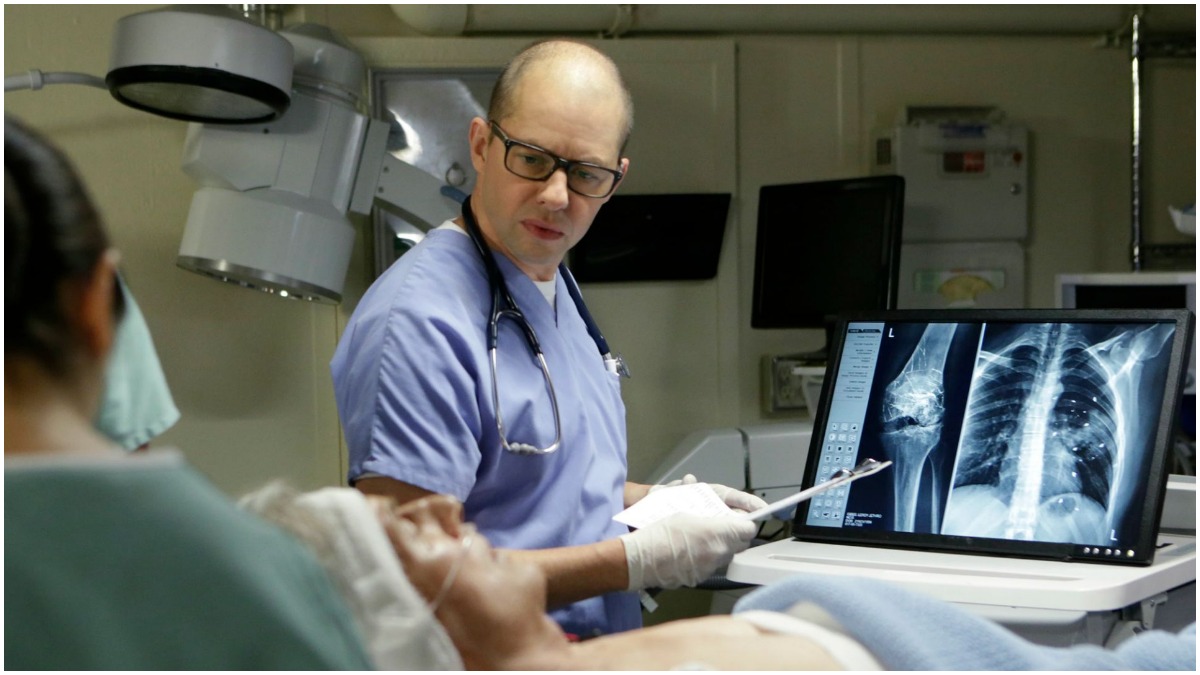 Jon Cryer was Ducky in the John Hughes universe, and he was Lex Luther in the DCEU television universe. He also has a legion of fans from his time on Two and a Half Men.

Cryer also appeared in Season 13 of NCIS as Dr. Cyril Taft, a Captain in the U.S. Navy Reserves who works as a doctor in private practice and military practice.

Taft was a doctor who helped save Gibbs’ life when he was shot and almost died. He then appeared in two future episodes where he kept in contact with Gibbs during his recovery. 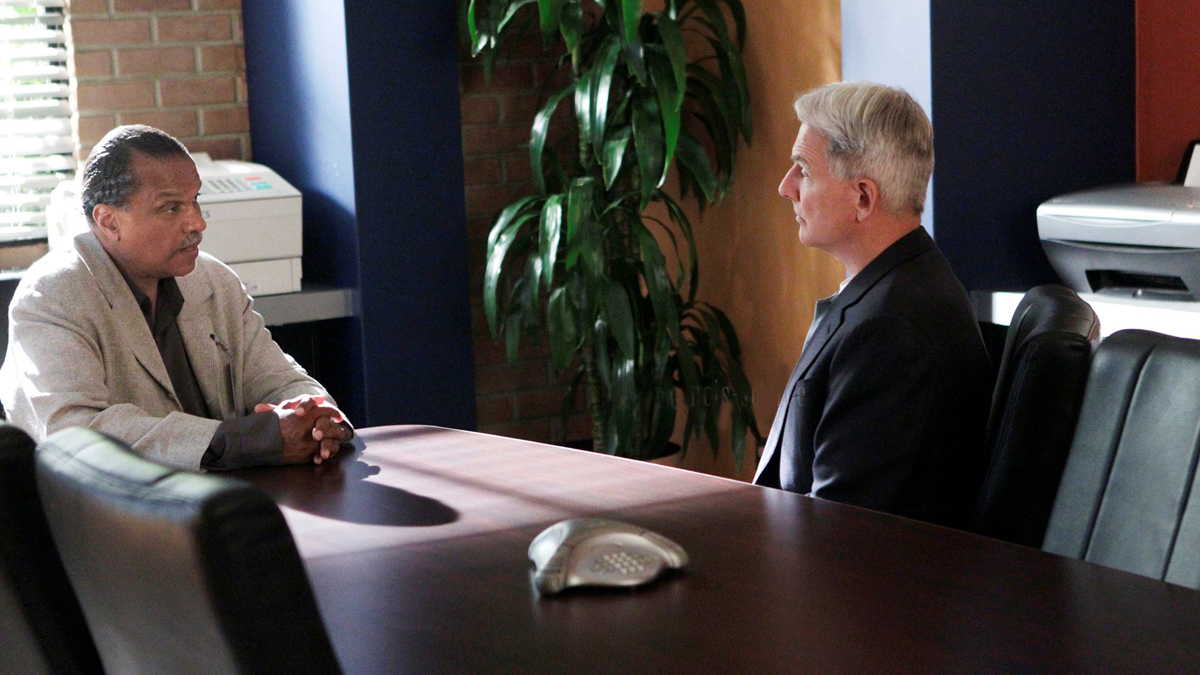 Billy Dee Williams, who most people will remember as Lando Calrissian in the Star Wars movie franchise.

He also had an enjoyable role on NCIS as he is the man that Gibbs was named after in the show’s world.

Williams is Leroy Jethro Moore, an old friend of Gibbs’ dad, but has been estranged from him for years after a falling out in the past.

In the episode The Namesake, Gibbs meets his namesake for the first time. The episode has the elder Leroy Jethro get a Medal of Honor 40 years after he should have because African Americans were not allowed to earn one until Bill Clinton helped push through legislation in 1996.

The case sees the murder of a pawnshop owner who is selling a Medal of Honor – the one that Moore was awarded. The episode had LJ and Jackson make up and worked on healing their friendship. 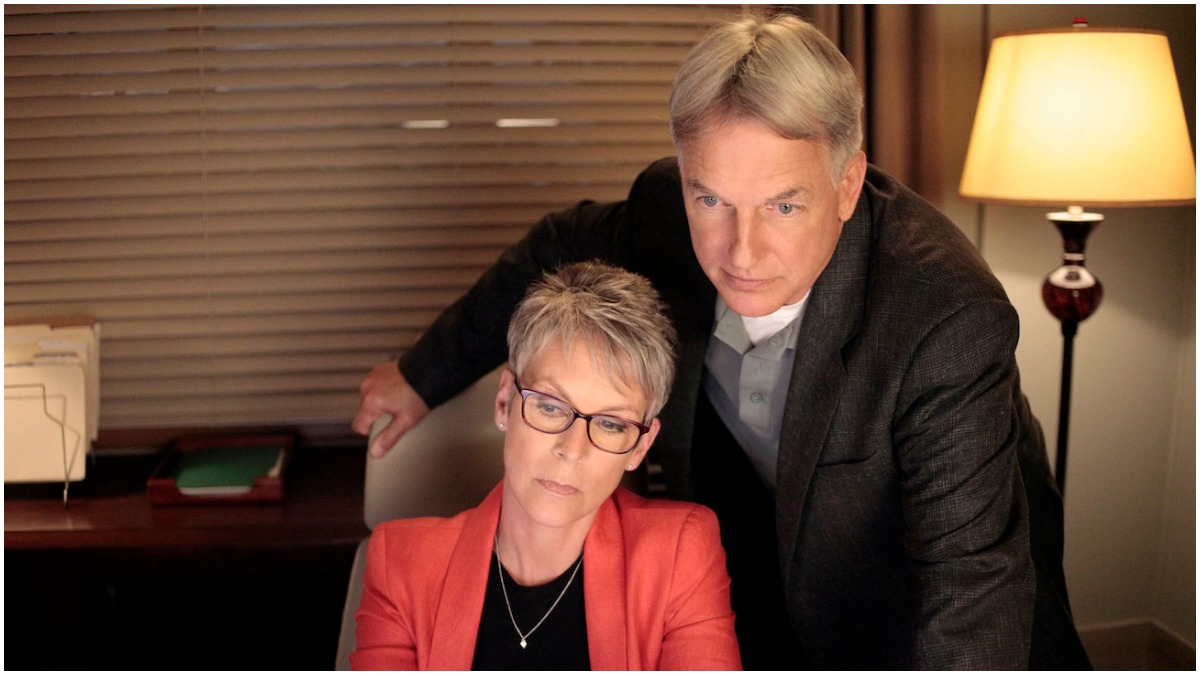 Jamie Lee Curtis is a guest star that had a multiple-episode arc on NCIS.

Of course, fans know Curtis best as one of the most famous Final Girls of all-time in Laurie Strode from the Halloween franchise. On NCIS, she ended up in a very close role with Gibbs.

Curtis was Samantha Ryan, and she was dating Gibbs on the series. This happened in Season 9, with her arc lasting from episodes 16 to 24.

Ryan was the head of the DoD PsyOps Division.

Her time on the show ended in the episode Till Death Do Us Part (Season 9, Episode 24). She left because her ex-husband was released from prison, and she ran with their child for both of their safeties. 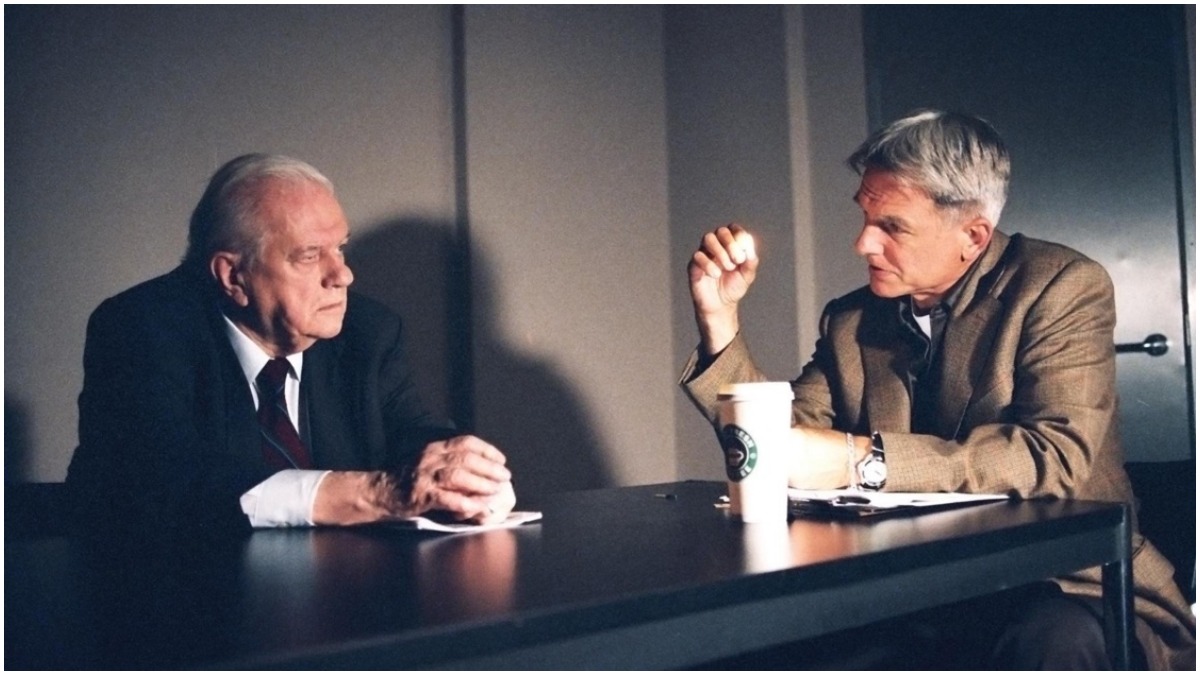 Charles Durning appeared in the Season 2 episode of NCIS, Call of Silence.

Durning has had a lot of big roles over his career, from The Sting and Dog Day Afternoon to Tootsie and O Brother, Where Art Thou?

In Call of Silence, Durning is Ernie Yost, a Medal of Honor recipient and a national hero who shows up at NCIS and confesses to killing his best friend in the war decades before.

The team begins to investigate the case and realizes that his confession comes in a cloudy haze of memories from his past. He eventually realizes that he did kill his friend. Still, the friend was dying after an explosion anyway, and he did it to stop his cries of pain while saving the surviving soldiers. 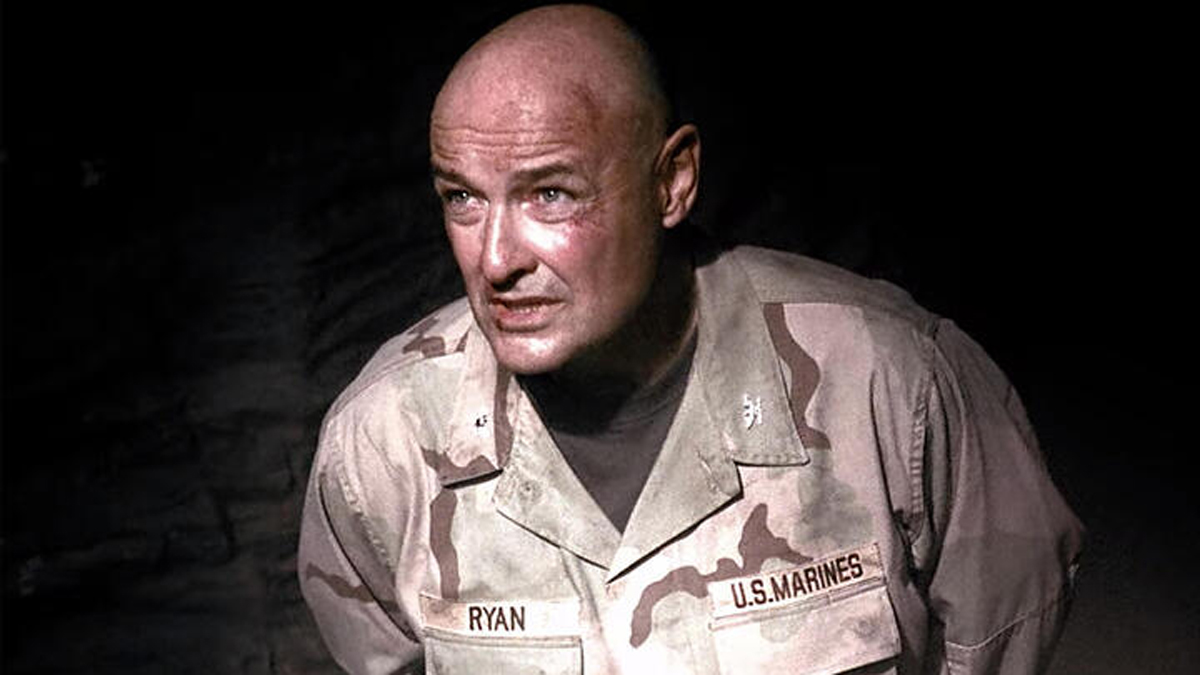 Terry O’Quinn captured the world’s attention when he appeared on the sci-fi mind-bending series Lost as Locke.

He also had one of the best guest-starring roles in NCIS history when he appeared in the Season 1 episode Enigma.

Quinn starred as Commander William Ryan of the United States Navy. He contacts Gibbs and lets him know that there is a giant conspiracy, and he needs help because people are trying to kill him.

The big twist in the episode is that Ryan has paranoid schizophrenia, and it is up to Gibbs to break through to him before he ends up gunned down by authorities. 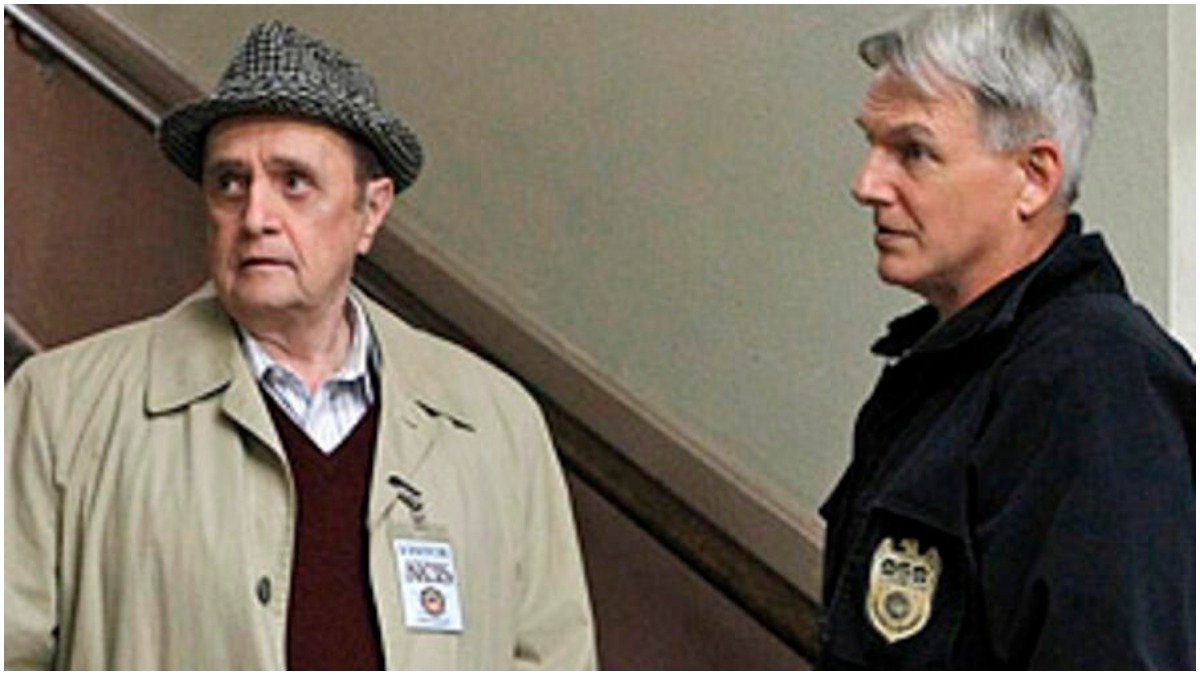 Newhart was part of two of television’s most successful sitcoms in The Bob Newhart Show and Newhart, and a legion of fans know him from the Christmas movie Elf.

As for NCIS, he premiered in the Season 8 episode Recruited. He wandered into NCIS headquarters unannounced and revealed he was the chief medical examiner before Ducky arrived and the man who mentored the current medical examiner.

While he is retired and has no official access, he helps the team with their case. However, the end of the episode is tragic when Ducky and the team learn that Magnus has Alzheimer’s and wanted one last moment as his memories start to dissipate.

NCIS airs on Tuesday nights at 8/7c on CBS.