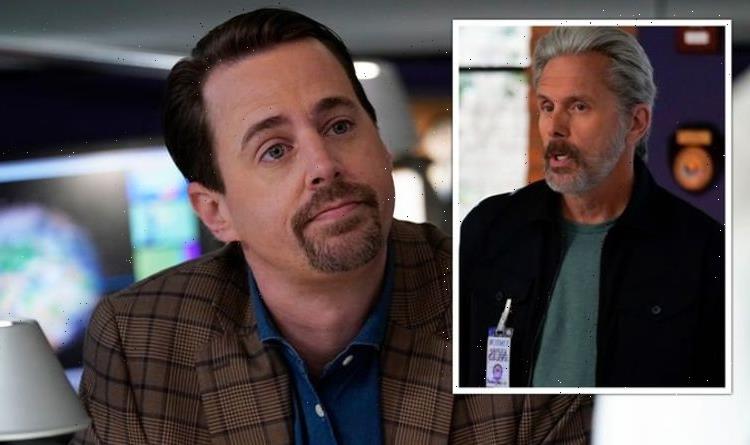 NCIS season 19 has been airing on CBS and fans have just said an emotional goodbye to stalwart Agent Leroy Gibbs (played by Mark Harmon). The series saw Gibbs make the decision to stay in Alaska whilst his colleague McGee (Sean Murray) made the trip back home. Fans will be keen to know why the series is not airing on Monday, and Express.co.uk has the answer.

When is NCIS back on?

Episode five of the latest season posed many questions as McGee was confronted about Gibbs’ departure.

Meanwhile, Alden Parker (Gary Cole) is the new favourite to replace Gibbs as head of the team.

The new episodes usually air on Monday evenings, but sadly the series will not continue on October 25.

Instead episode six, titled False Start, will air on CBS on Monday, November 1.

As for why this is, the network may be keen to make sure they are head of the game with filming.

They are also eager to have as many episodes scheduled for November as possible.

The official synopsis for the next episode reads: “NCIS investigates the death of a beloved Navy commander who trained some of the top athletes in the country.”

Fans who are unable to watch the episode live can catch up on demand on Paramount Plus.

A promo for episode six is yet to be released but viewers can expect a preview in the coming days.

It is not unusual for the network to hold off on promos if there is a break in between episodes.

Next week will feature a repeat of one of the season 18 episodes, so the promo for the new season may appear then.

Fans are keen to know whether the next leader of the team has finally been chosen after Parker agreed to step up.

However, many viewers are still convinced McGee is the obvious choice to take over.

NCIS showrunner Steven Binder suggested on Twitter: “I, personally, would not presume to think Gibbs recommended Parker *over* McGee.

“I would like to think Gibbs and McGee had plenty of time to talk about the future and what McGee told Torres on the stake-out…Gibbs already knew.”

Fans will be pleased to hear his character has not been written off completely as he was not killed off.

Binder told fans to “never count Leroy Jethro Gibbs out” after they asked whether he had left for good.

Taking to Twitter to share their thoughts, Danielle said: “This feels like the end of the road, I love @NCIS_CBS but I have been struggling to make it through the last few seasons.

“I continue to watch because I’ve invested so many years. But tbh I feel it’s run it’s course. Thank you Gibbs for so many great years.” [Sic]

Eric S added: “Thank you NCIS, Mr. Binder & thank you to #MarkHarmon. This show for many of us has been our NorthStar.

“#Gibbs is not gone. I like this better than Fornell’s alternative of dying fighting.

“Gibbs’s legacy are the agents he guided and trained. Keep watching @NCIS_CBS. I will be.”

Patience concluded: “I [love] him. I can’t believe he’s gone..But wish him well – he’s given his all and his best. Never be another like him, for sure.”