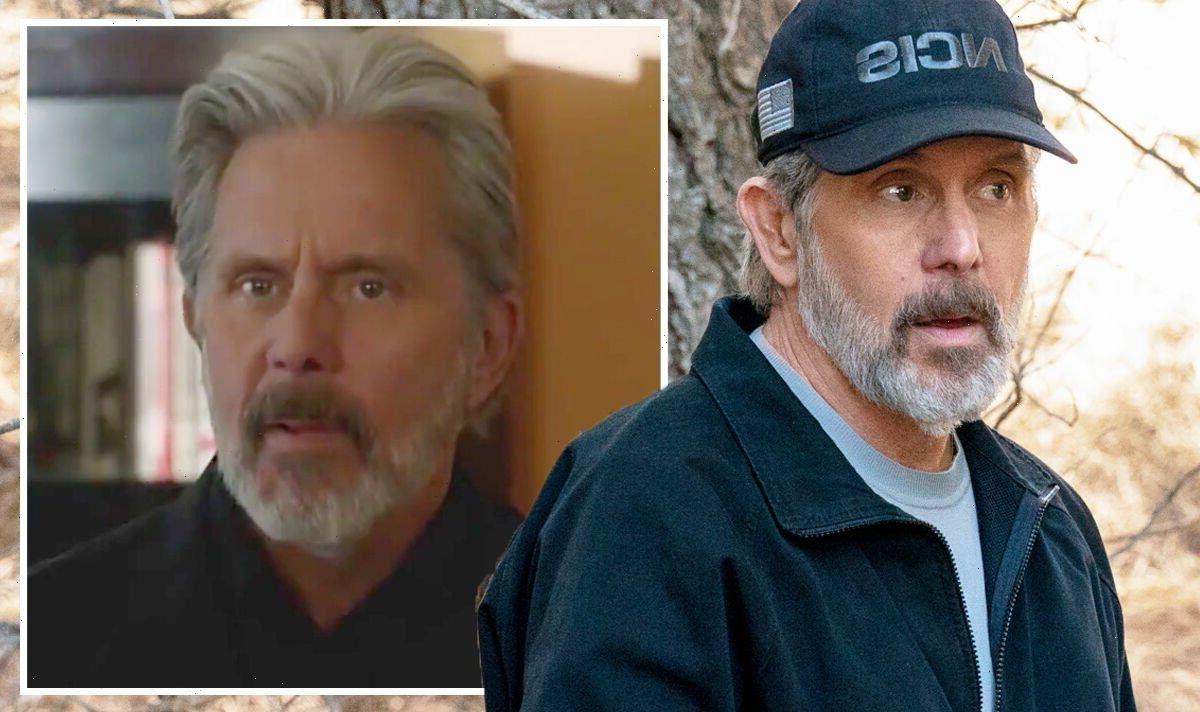 Alden Parker (played by Gary Cole) has quickly become a trusted and vital member of the NCIS team after stepping into the shoes of Gibbs (Mark Harmon) following his departure early on in season 19. Despite reservations from Nick Torres (Wilmer Valderrama), the likes of McGee (Sean Murray) and Jessica Knight (Katrina Law) have warmed to the CBS drama newbie – although the season 19 finale could see these newfound bonds severed when Parker becomes the centre of a murder investigation.

And the promo for the episode, titled Birds of a Feather, has done little to quash the theory that Parker could end up behind bars.

In fact, it’s a blast from Parker’s past which could ultimately lead to his downfall when ex-wife Vivian Kolchak (Teri Polo) becomes a person of interest

The trailer opens with Kasie Hines (Diona Reasonover) examining some new snaps related to a murder case that’s come across the team’s desk.

“These photos were emailed this morning,” she says to Torres, McGee and Knight.

In the snaps, an unknown suspect is shown lifting things in and out of the boot of a car before Parker enters.

But as he does, the driver’s license of a person of interest pops up on-screen – and it belongs to Vivian.

“Why is my ex-wife on the screen?” Parker asks, much to the surprise of the rest of the team.

The trailer then cuts to a murder scene as Parker leads the agents with their guns drawn.

However, more familiar faces from Parker’s past appear as McGee recognises the murder victim.

“That your former partner?” McGee asks but before fans see Parker’s answer, the promo rapidly moves on.

And it cuts to Knight in the team’s HQ beginning to question who exactly Parker really is.

She says to the rest of the team: “There’s a lot about Parker we don’t know.”

A series of split-second shots then shows Parker, McGee and co once more at a crime scene but this time, there’s a shocking revelation.

Parker ends up looking in the boot of a car and while its contents aren’t revealed in the promo, the look on their faces teases it’s going to be groundbreaking.

The promo then ends with McGee dropping the bombshell on his boss: “We need you to come back to us at NCIS…

“As a murder suspect,” he adds, to which Parker is understandably gobsmacked.

But will Parker end up serving time if McGee, Torres and Knight piece together the crimes to implicate him?

Or could it all be a ploy from ex-wife Vivian to try and land her former spouse behind bars?

The synopsis does suggest Parker will escape jail time, however, as it confirms the team know Parker is being framed.

However, if they don’t get the evidence to prove it, this may well be the last fans see of Parker as a free man.

NCIS season 19 concludes on CBS on Monday, May 23 in the USA. Season 19 continues Wednesdays on Disney+ in the UK.