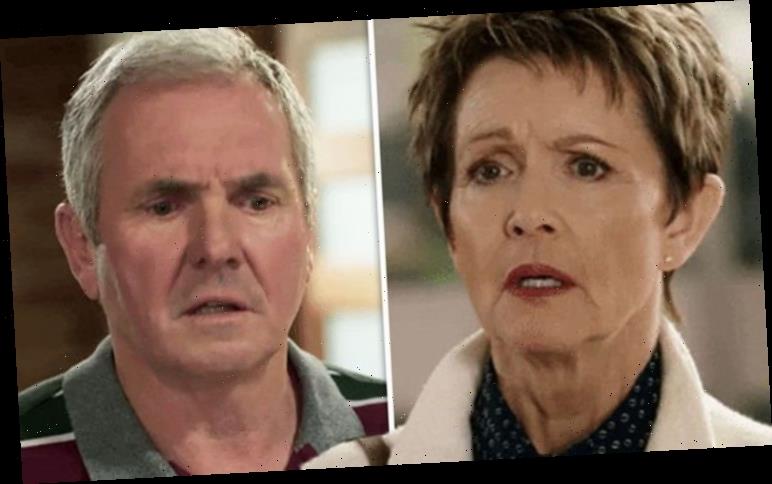 Karl (played by Alan Fletcher) and Susan (Jackie Woodburne) are two of Neighbours’ longest-serving characters, with the pair having been at the centre of a number of dramatic storylines over the years. In the coming weeks, the Channel 5 soap will be airing it’s eagerly anticipated anniversary episode as the show celebrates 35 years on air. As the milestone stretches over the course of the next few months, the Ramsay Street icons will be bidding farewell to the Australian shores for a much-needed break, but viewers shouldn’t be too disappointed.

In recent months, the now happily married couple have been dealing with reformed villain Finn Kelly’s (Rob Mills) reappearance in their lives after he was pushed off a cliff by Susan and lost his memory from recent years.

Even though the former felon seemed to have got his life back on an even keel, Karl wasn’t completely overjoyed with the idea the school teacher was going to be living under his roof.

He had every right to be concerned as the anniversary episodes will see the criminal’s dark side return after weeks of triggers reminding him of his past.

The consequences of this will lead to three deaths and as the dust settles following the deadly turn of events, the husband and wife will take a much-needed jaunt overseas to Dublin. 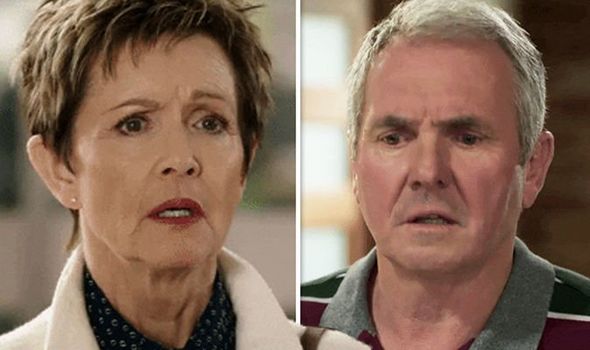 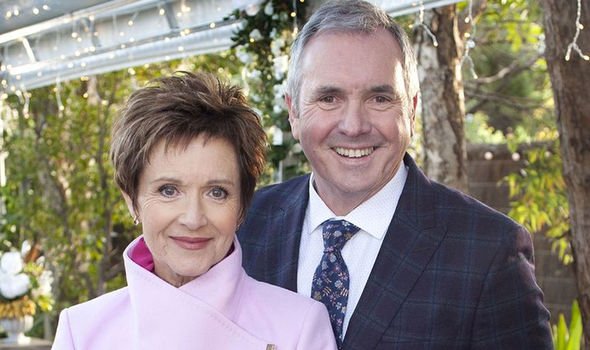 It’s been reported by RTÉ, the beloved characters will leave Ramsay Street in pursuit of a trip to Northern Ireland, which falls within the anniversary year.

The venture will be the first time any resident of Erinsborough has been filmed on the British Isle, with the scenes being shot later this month.

Viewers of the Australian drama will get to see what Karl and Susan get up to on their mini-break, but will chaos ensue?

A spokesperson told the Irish broadcaster the country was “very excited” about welcoming the actors Alan, 62, and Jackie, 64, for the special episodes. 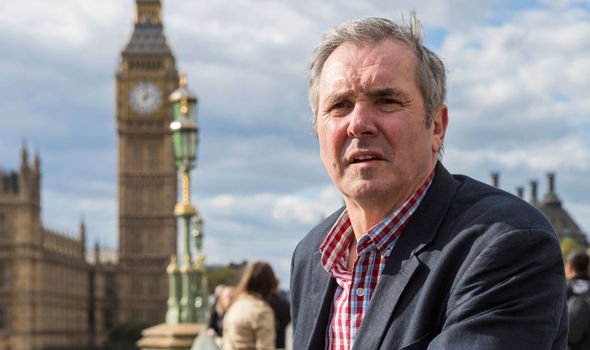 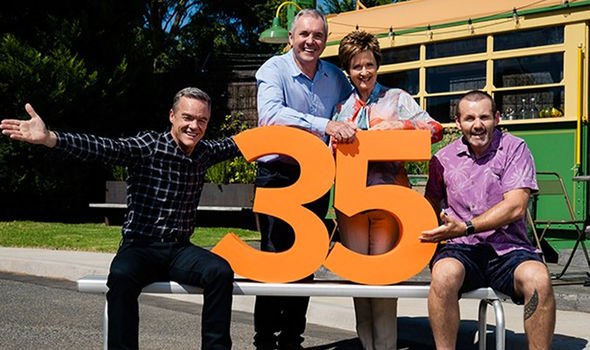 About time @neighbours came to film in Ireland

This isn’t the first time Karl and Susan has been filmed venturing abroad together as the fan favourites took part in special London episodes over a decade ago.

The husband and wife renewed their wedding vows on the River Thames after years of infidelity putting their marriage on the rocks.

Back in 2017, the doctor also made a return to the Big Smoke in conduction with the Fake Dee storyline alongside Toadie Rebecchi (Ryan Maloney) and Andrea Somers (Madeleine West).

“So I was thrilled when the producers told me we were doing this, particularly for such a big storyline.”

Karl also has family in the UK, with his daughter Holly Hoyland (Lucinda Armstrong Hall) living in London with her mother, Izzy Hoyland (Natalie Bassingthwaighte).

It’s not yet known what he and Susan get up to in Northern Ireland and if they will indeed make a pit stop in England.

Whatever the circumstances behind their visit, fans have been overjoyed to hear the pair will be filming in the Northern Irish capital.

Taking to Twitter in light of the announcement, one wrote: “It’s about time @neighbours came to film in Ireland. They’ve always had a decent fan base here. Here’s hoping all of this comes to pass.”

Another added: “I bet they’re filming at the St Patricks Day parade. Will they do a Mardi Gras and hold the scenes for next year?”

Whilst a third commented: “I wonder if it’ll be like a trip back home for Jackie – since she is from Ireland (more specifically Northern  Ireland) originally????”

Given the soap films months in advance, it is likely these scenes will air later this year.