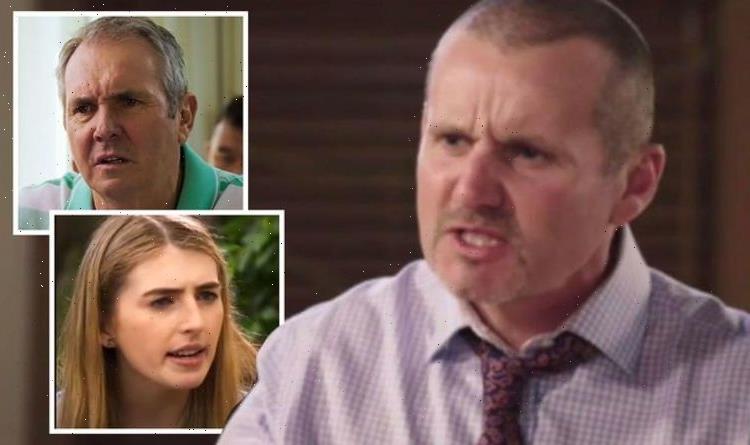 Neighbours: Pierce and Dipi are confronted over their affair

Toadie (played by Ryan Maloney) recently confessed to his friends on Neighbours he had been having a secret affair with Melanie Pearson (Lucinda Cowden). The pair had been working and sleeping together under Mackenzie Hargreaves’ (Georgie Stone) nose whilst she worked alongside them, although she did pick up on a weird vibe in the office. However, in upcoming scenes on the Channel 5 soap, she could be the reason the stalwart leaves Ramsay Street for good as she decides to get payback for not being told what was really going on.

One of the reasons Toadie and Melanie wanted to keep their dalliance under wraps was because Rebecchi’s Law firm was working on a case where the client wanted his representation to uphold the highest of moral workplace practices.

Mackenzie seemed to be understanding of this fact when she learnt about the affair and was willing to keep quiet about her boss dating an employee.

However, in an exclusive interview with Express.co.uk, the actress who plays the youngster, Georgie, has said she would like to see her character go off in a new direction.

The soap star said: “In terms of where to go next, I mean I’m really up for anything. I had a meeting with the writers about a month ago.

“I said randomly, ‘Just give me any crazy storyline. Just give it to me because I would love it’,” she explained. 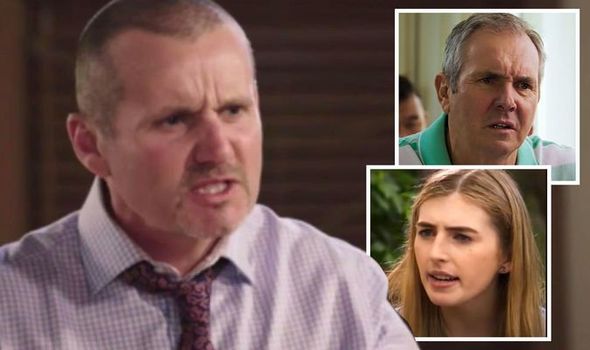 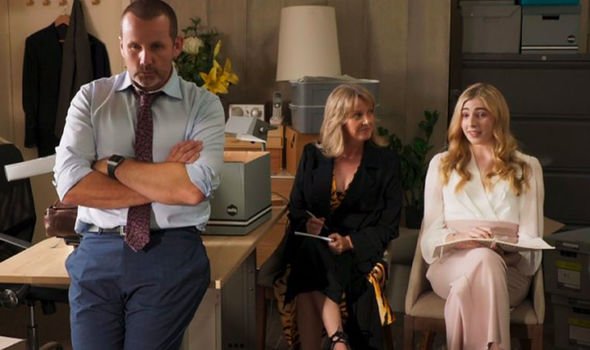 “I said, ‘Just throw me off a building’ and they were like, ‘Are you ok? Do you need some help?'” Georgie continued.

“And I said, ‘No. I would just like you to throw me off a building because I really want to do a stunt’,” the actress explained.

“I want to do a crime or law or Rebecchi law sort of big, crazy mob [storyline] and I said, ‘Just give it to me’.

“Any sort of craziness, I’d love to do it because I’ve had a lot of romance, which has been great and I’m not complaining at all.

“But just any craziness, I’d love to do,” Georgie explained so could viewers be seeing another side to his sweet and innocent character? 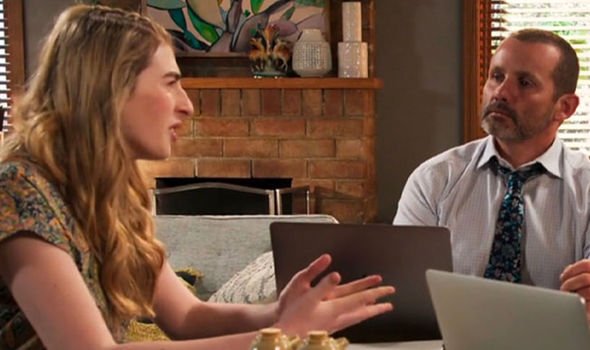 Just give me any crazy storyline

One instance could see Mackenzie report her boss to the authorities for abusing his position of power within the firm.

The youngster could state that Melanie has been getting extra privileges as she is in a romantic relationship with Toadie.

Therefore, the lawyer could be arrested by police and held in remand as the authorities try to build a case against him.

In a complete overhaul of her character, Mackenzie could agree to testify against the soap stalwart to see him sent down for good.

If the jury listens to her remarks, they could agree that Toadie should be incarcerated for several years. 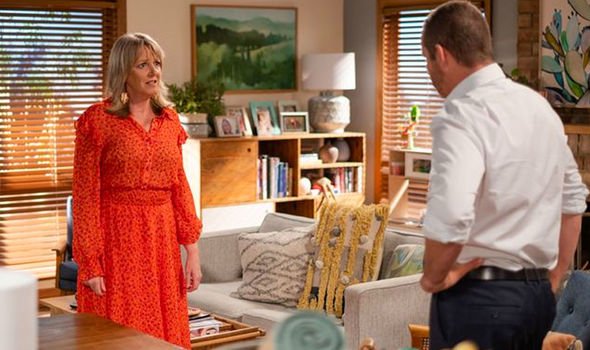 This would destroy Toadie as he would have to leave his children at home and his career would be down the drain.

After years on Ramsay Street, this could be a heartbreaking exit for the character as he gets used to life behind bars.

However, this would also make the residents of Erinsborough more sceptical of Mackenzie, having seen her capabilities.

It’s yet to be seen if a storyline like this materialises but upcoming scenes on the weekday afternoon serial drama will see Toadie’s romance hit a hurdle.

The drama begins next week when Melanie asks her partner to tell his children about their newfound relationship.

Toadie stipulates the best course of action would be for him and Melanie to keep their romance a secret, which she reluctantly agrees to.

This confuses the stalwart’s young children and it’s not long before they’re taking the mick out of her and calling her granny.

Having had enough of the secrecy, Melanie tells the youngster she is their father’s new girlfriend but he isn’t too impressed with the announcement.

Later in the week, they will have a public argument as their dirty laundry is aired in front of their friends.

With both parties at their wit’s end, will they be able to make up or is the end of their romance already?