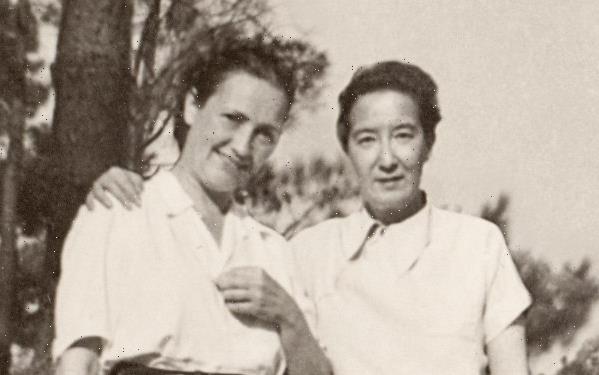 Positive trends in filmmaking are hard to come by these days, so a recent wealth of documentaries uncovering lost chapters of queer history is cause for celebration. This year saw “Casa Susanna” and “Loving Highsmith,” two excellent entries in a growing canon that can always use more. While those films discovered a queer community ahead of its time and celebrated one of our most influential lesbian writers, the poignant documentary “Nelly & Nadine” uncovers an inspiring love story between two unsung queer heroes. Bolstered by gorgeous archival Super 8 footage of queer life in the 1950s, “Nelly & Nadine” offers a tender romance with a surprisingly vibrant slice of queer history.

Directed by Swedish filmmaker Magnus Gertten, “Nelly & Nadine” is told through the perspective of Sylvie Bianchi, a genial woman who lives with her husband on a farm in Northern France. Open-hearted and vulnerable, she is proud to share the story of her grandmother, even if the retelling makes her quite emotional. Her grandmother, Nelly Mousset-Vos, was a French opera singer who began working as a spy with the French resistance in 1940. The film follows closely as Sylvie learns more of the particulars of her grandmother’s life, and she is pleased to learn how early on Nelly enlisted.

Nelly was arrested in Paris in 1944 and sent to Ravensbrück, the largest concentration camp for women in the German Reich. It was there she met Nadine Hwang, who requested she sing a selection from Puccini’s “Madame Butterfly” on Christmas Eve. “Emotion overflows my skin…delirious joy,” Nelly wrote of the moment. Though the film doesn’t delve too deeply into their experience in the camp, it’s clear they forged a strong bond under harrowing circumstances.

Times being what they were, Sylvie grew up knowing Nadine simply as the woman who lived with her grandmother. Though Nadine was always present in their lives, Sylvie’s mother did not approve of Nelly and Nadine’s relationship and kept it hidden from her daughters. Gertten makes the wise (perhaps necessary) choice of framing the film through Sylvie’s eyes, and we see her slowly putting the pieces together, as she gradually reshapes the image of her beloved grandmother. She holds no judgment, but there is a gentle innocence to the questions she asks — and the ones she never thought to.  It’s hard not to want to shake the straight out of her when she wonders why Nelly and Nadine were never able to find a publisher for the manuscript they wrote about their story.

It’s through these painstaking writings that we learn that the lovers initially did not know each other’s fate after the war, though they eventually reunited. Shortly after, they moved to Caracas, Venezuela, where they lived for the next 20 years. These years bring the film’s most precious present: Glorious Super 8 footage of their friends and life in Caracas throughout the ’50s and ’60s.

These stunning home videos offer rare glimpses of midcentury queer life, radiating the joy of connection in crackling color. With her cropped hair, Nadine is the picture of a stylish butch, sporting impeccably tailored wool trousers and crisp pastel button-ups. Smoking and drinking at home, Nelly and Nadine are surrounded by laughing handsome young men, who frame and primp each other with familiar intimacy. Even without audio, it’s clear their parties were raucous. 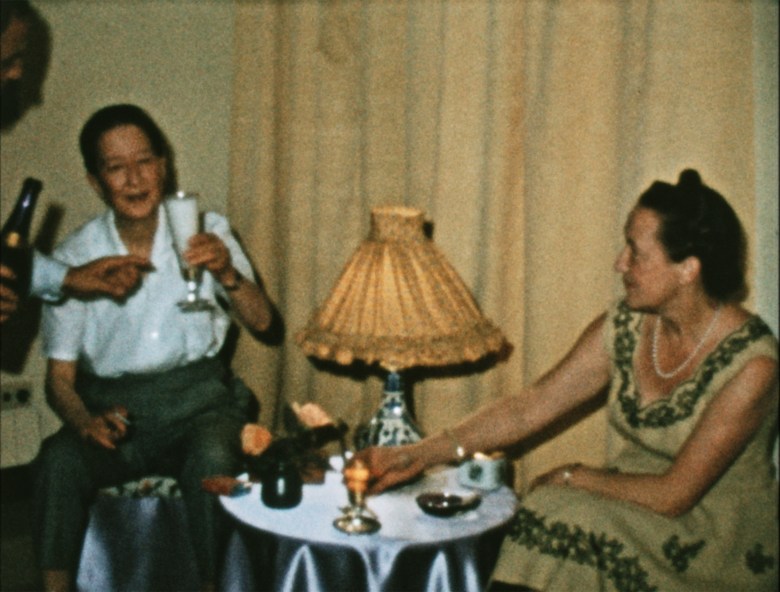 But this was not just another happy couple; both women led fascinating lives before meeting each other. While Nelly’s singing career offered her entrée into interesting parts of French society, Nadine was the daughter of the Chinese ambassador to Spain and spent her youth cavorting with the Parisian lesbian literati of her time. A visit to the late historian Joan Schenkar, who authored an acclaimed biography of Patricia Highsmith in 2009, is particularly illuminating. After Schenkar giddily peruses the previously unseen photographs full of “so many lovely ladies” that Sylvie brought her, she reveals Nadine was chauffeur and lover to Natalie Barney, an American writer who hosted a highly influential women’s literary salon in Paris for over 60 years.

In an instant, a portrait of vibrant queer life snaps into focus, as Nadine’s handsome face peers out from behind Djuna Barnes at a rollicking seaside picnic. There are still too many pieces missing, some we may never know about. But there’s enough here to make a life, a home, a love. We must thank “Nelly & Nadine” for showing us the way.