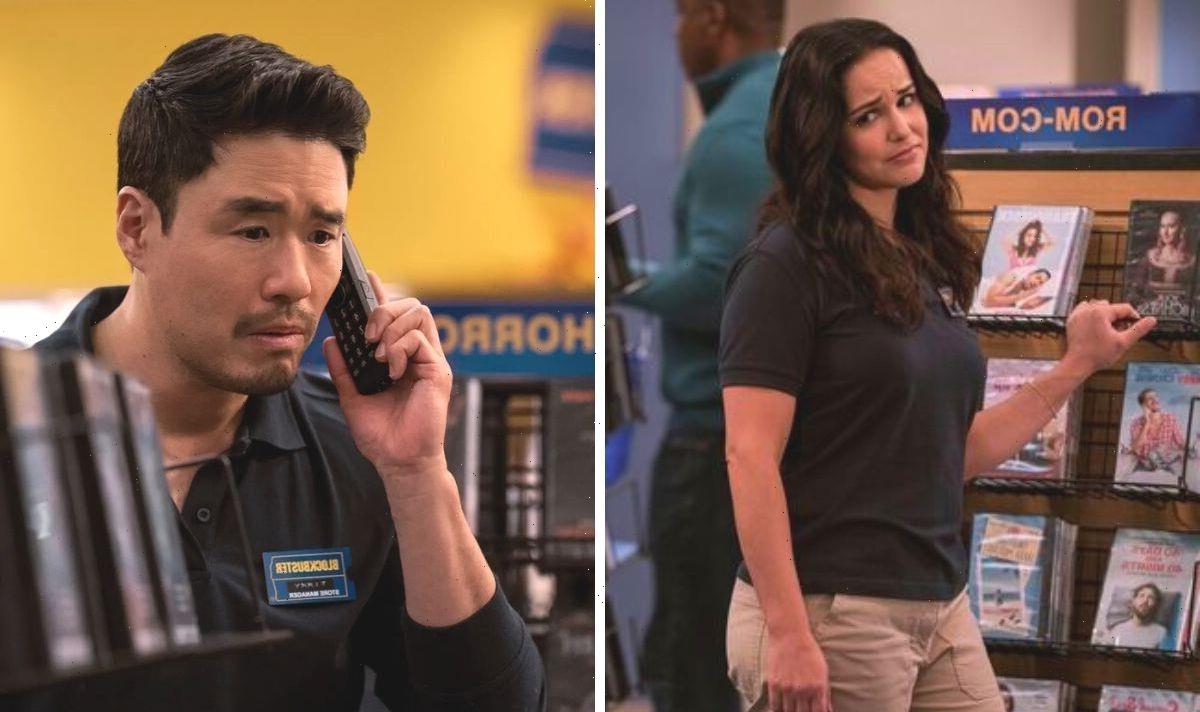 Despite premiering just last month, Netflix confirmed the dreaded news for some and revealed comedy series, Blockbuster would not be renewed for another season. The news sparked a major backlash from a number of fans who were angered by the streaming network’s decision.

Blockbuster followed the fictional story of manager Timmy Yoon (played by Randall Park) as he worked at the last video rental store in the US.

After receiving the notice from corporate, Timmy and his employees fought to keep the final location up and running.

However, much like the real-life rental service, Netflix has officially ended the workplace comedy series.

Fans took to social media with rage and shared their anger after Netflix cancelled the series after just one season.

A fuming @MuniekaD added: “What the hell @netflix you cancelled #Blockbuster?!?! @blockbuster please do something.”

@sarahruthtoday pleaded: “@netflix Don’t cancel #Blockbuster! It’s so good! And you released it during the holiday season so people might be too busy to watch! Duh! #saveblockbusternetflix.”

A fourth fan, @fzammetti wrote: “Well, looks like #Netflix killed #Blockbuster… again (I didn’t hate it by the way, but I was in the very small minority).”

A disappointed @DelphiniumRai tweeted: “Can Netflix please stop cancelling actually good/promising shows after just one season please? #dashandlily #firstkill #blockbuster #partnertrack and so many others. I’m tired of getting attached.”

Despite the backlash, other viewers agreed with Netflix’s decision and supported the cancellation.

This included @Isisgra who wrote: “I can see why #blockbuster was cancelled on #Netflix the writing is lacklustre, it ain’t funny, and the 2 leads can’t carry the show too bad.

“With good writing and proper casting this could have been a hit!” (sic)

According to Deadline, the cancellation was driven by the show’s failure to land a spot on Netflix’s top 10 list.

The publication stated: “Since Netflix uses hours viewed as ratings metric, comedies are at an inherent disadvantage since their episodes are about half the length of their drama/dramedy counterparts.”

Blockbuster’s storyline was filled with comedic irony since Netflix was introduced as an underdog start-up before finding success and was widely perceived as eventually forcing Blockbuster out of business.

Another reason fans were disappointed to see the show’s cancellation was because season one came to a cliffhanger ending.

The finale saw Timmy find a glimmer of hope after a newsflash revealed a solar storm would soon strike which meant the internet would eventually be down.

Thinking people would turn back to DVDs he organised an event which had former child star Lil Steve (Bobby Moynihan) in attendance to sign autographs and entertain fans.

However, Timmy’s plans took an unexpected turn as there weren’t enough DVDs available for the sold-out event, which resulted in a stampede of customers destroying the store.

Elsewhere, employee Eliza Walker (Melissa Fumero) finally realised her romantic feelings for Timmy, but when she was ready to tell him, he wasn’t ready to hear it with his small business at risk.

After the customers ransacked the Blockbuster, Timmy walked out of the store which left fans wondering if he had left for good.

Blockbuster is available to stream on Netflix