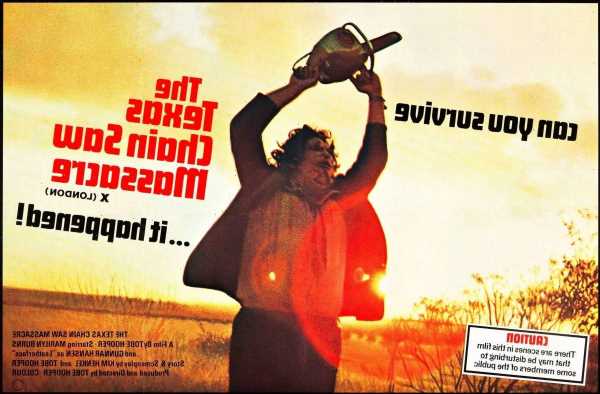 With Halloween coming up next month, streaming services are sure to start bulking up their horror movie offerings. Netflix has seen success in recent years with its annual Netflix and Chills programming during the month of October. The same can be said for Hulu’s similar category titled Huluween.

Recently, Netflix announced it would be adding another movie to The Texas Chainsaw Massacre franchise. Here’s what we know so far.

The 1974 horror movie The Texas Chainsaw Massacre has countless remakes, reboots, and sequels, but none seem to stand up to the original. Now, Netflix is throwing its hat in the ring to see if it can create a worthy addition to the franchise.

The original movie, directed by Tobe Hooper, involved a serial killer named Leatherface who wore the skin of his victims. When a group of teenagers searches for gas on a road trip in Texas, they stumble upon a dilapidated house. Thinking the owners might have enough gas to get them to the next gas station, a couple of the group goes in.

There’s no gas to be discovered. What they do find is Leatherface and his cannibalistic family waiting on their next meal. The movie was considered incredibly violent for the time period, and many theaters stopped showing it after complaints from viewers. It was also banned in several countries. Hooper originally wanted the film to receive a PG rating, but Motion Picture Association decided that the brutality depicted in the movie was worthy of a solid R rating.

Taking a cue from movies like the 2021 Nia DaCosta film Candyman, the new installment will not include any storylines from previous sequels or remakes. Instead, it will serve as a direct sequel to the original movie.

The movie will also be set in the present day but promises to “return to the roots” of the 1974 horror classic. Fede Álvarez is the producer, while David Blue Garcia serves as the director. Álvarez is known for directing the crime thriller, Don’t Breathe, which stars Stephen Lang, Jane Levy, and Dylan Minnette.

No word on a release date just yet

While Netflix has announced the movie, they didn’t happen to announce a release date. No release date has been announced just yet, but the project completed filming last year. The movie stars Elsie Fisher, who audiences might know from A24’s Eighth Grade. Also appearing are Alice Krige, William Hope, Nell Hudson, and Moe Dunford.

The original film is now considered a classic and influential film in the slasher genre. Since its use of power tools as a murder weapon, other horror movies have taken cues from the film.

The streaming service acquired rights to the film from Legendary Pictures. Once released, it will be available to all subscribers of Netflix. It would make the most sense for the movie to be available at some point in October to capitalize on audiences craving new horror content, but whether or not that’s possible remains to be determined.