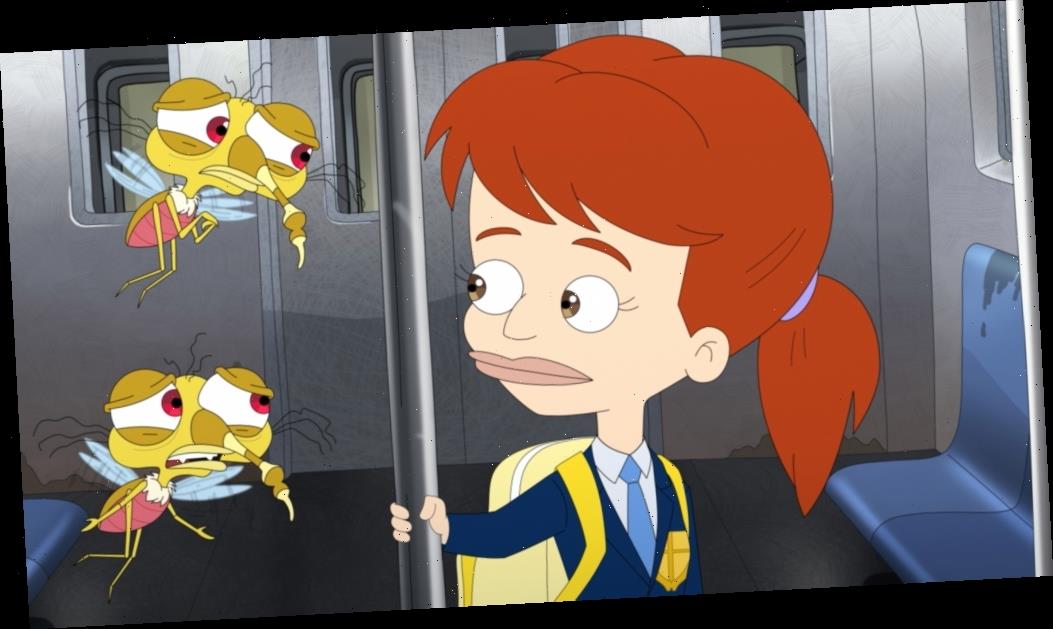 It’s an anxious time in the world, and Season 4 of the animated Big Mouth has plenty of it. The Netflix show debuted its trailer and key art today in anticipation of its Dec. 4 premiere.

Season 4 of Big Mouth focuses on anxiety, but not the political kind. Instead, it’s the anxiety of growing up, of figuring out who you are, discovering yourself, accepting yourself. The season starts at summer camp before our gang heads to 8th grade.

Maria Bamford descends as Tito the Mosquito, the anxiety ridden insect who targets all our favorite kids. As the season progresses, we meet Zach Galifianakis’ Gratitoad, who is there to help our crew cope with their anxiety and not let it completely own them. In the great Big Mouth tradition, the show continues to explore human sexuality and everything around it, including racial and sexual identity, love in all its forms, and having “The Hugest Period Ever.”

Additional guest stars in Season 4 include Seth Rogen, Josie Totah, Lena Waithe, Quinta Brunson, John Oliver, Sterling K. Brown, Paul Giamatti, Maya Erskine, and Anna Konkle. As previously announced, Ayo Edebiri has been cast as Missy and will first be introduced during the penultimate episode, as her character continues to evolve. She will continue to voice Missy in the final episode and for future seasons.