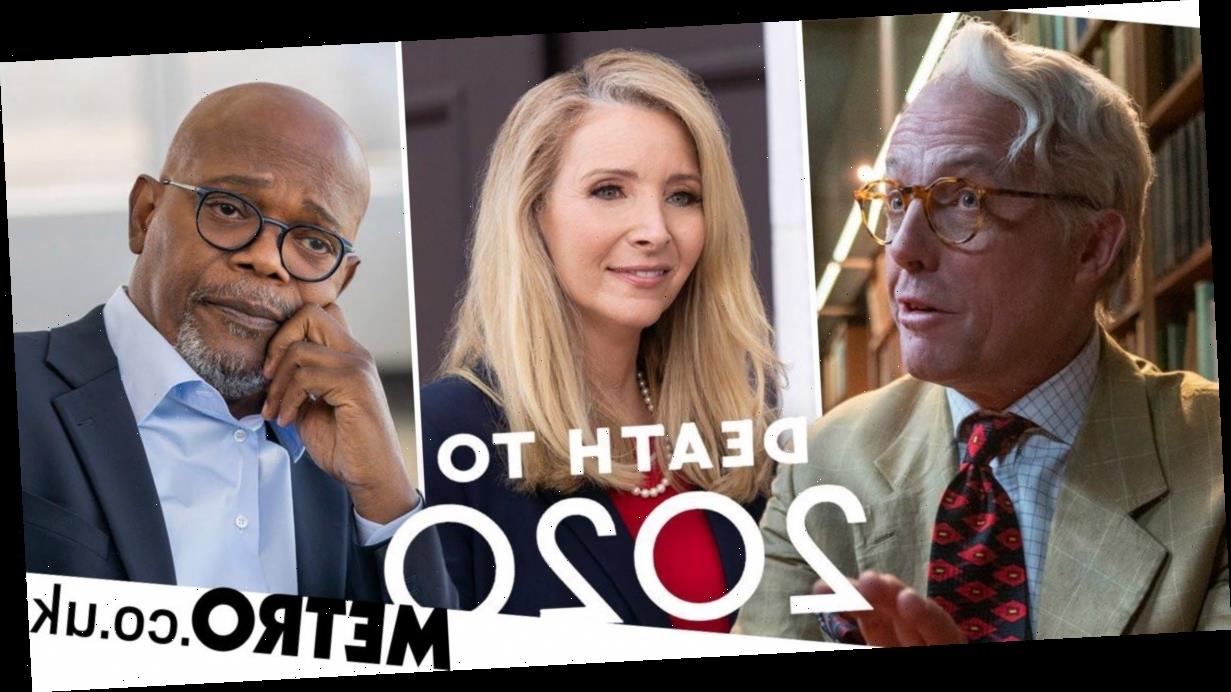 Black Mirror team Charlie Brooker and Annabel Jones are tackling the year so bonkers even they couldn’t have made it up in Death To 2020 – and have a host of A-list names to help them along.

Announced without warning last month in the middle of an I’m A Celebrity ad break, Death To 2020 remained a mystery for a while – with many assuming it may be a new Black Mirror episode, as the title appeared to be a reference to episode Hated In The Nation.

Others were praying it was a kind of rebrand of Charlie Brooker’s Yearly Wipe, the satirist’s sarcastic recap of the previous year – even though he had done a coronavirus special of the show, Anti Viral Wipe, earlier this year.

But no, Death To 2020 is something that stands out on its own, with Laurence Fishburne narrating a recap of the year and its biggest events, without the sketch-like inserts, the Philomena Cunks and the Barry Shitpeas of its predecessors.

Along the way, we meet a dozen characters from the UK and US who have dealt with 2020 in different ways, running through the year with their insights and experience into what’s been going on.

The main three are, arguably: Tennyson Foss (played by Hugh Grant), a historian whose grip on reality vs fiction dwindles the more whiskey he drinks; Jeanette Grace Susan (Lisa Kudrow) a wannabe voice for the people who thinks the mainstream media is silencing her voice… despite constantly being on mainstream media; and Dash Bracket (Samuel L Jackson) a journalist who has covered some of the biggest moments of the year.

Surprisingly, while all major 2020 moments are touched upon (Covid-19, Trump V Biden, George Floyd and Greta Thunberg to name a few) the 90-minute film doesn’t hone in on one particular area and run with it.

It probably could’ve done with doing so, to be honest, as it would’ve anchored the runtime a bit more, narratively. Instead the writing team try to cover everything, it results in the film spreading itself a bit too thin.

The most obvious argument for this is how criminally underused some of the guest speakers are – some being given only a couple of minutes of screentime – while others are used more than they’re needed.

Kumail Nanjiani’s outlandish billionaire Bark Multiverse, who is holed up in his bunker made in a hollowed-out New Zealand mountain, is only in two or three scenes, as is Joe Keery’s uber-woke-but-not-really YouTuber Duke Gooly who latches on to current affairs in the name of content.

But then you have Lisa’s Jeanette who is wheeled out whenever Trump is a target point, and she has the same joke repeated over and over again. She absolutely nails the vapidness of it, but after hearing the same gag three or four times, you do want to throw your hands up and say ‘OK, we get it’.

There are times they hit a good balance, for example Cristin Milioti’s soccer mum Kathy Flowers is pretty fun, especially thanks to her obsession with Facebook and the conspiracy theory hole she finds herself going down.

But our favourite might be returning Brooker fave Diane Morgan though, who plays a woman named ‘one of the top five most average people on the planet’ and somehow finding that a compliment.

She’s a bit Barry Shitpeas from Wipe, having a unique existential crisis and coming across as all too relatable as the world crumbles around her.

Death To 2020 ultimately feels like an overly extended SNL sketch, with nowhere near as many laugh out loud moments we hoped for, or as many ‘oh, damn’ moments we get from Black Mirror.

It’s not bad, but it is what it is. It’s a recap with some characters going ‘can you believe that?’

And seeing as we’ve all lived through it this year, that’s not quite enough.

You can see what Charlie Brooker, Annabel Jones and co are trying to do but Death To 2020 just didn’t land as strongly as it maybe should have.

Don’t get us wrong, it’s fun, but with a year where everything has seemed ludicrous, ridiculous and torn to within an inch of its life quickly, the mockumentary failed to provide us with anything new.

The characters are all pretty worn territory by now, in particular Lisa Kudrow’s political pundit Jeanette, whose only ‘bit’ was to just deny everything.

This cast is A-list and impressive (thanks Netflix and your big chequebook) but some characters were a little under-utilised and it’s a shame.

However, Diane Morgan’s take on the ‘average person’ is played to perfection, as is Samuel L Jackson, who somewhat fills in Brooker’s shoes in terms of Screen Wipe style quips.

It’s not bad by any means – but Anti Viral Wipe, Brooker’s similar efforts from earlier this year, was executed better.

Death To 2020 is available now on Netflix.