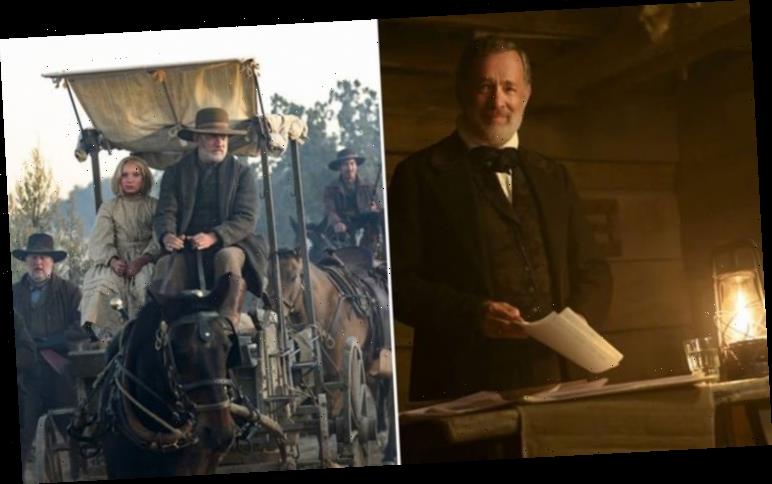 The pandemic may still be with us but with January still comes Oscars season. And one of 2021’s hopefuls is another team-up from director Paul Greengrass and Tom Hanks, following 2013’s thrilling Captain Phillips. News of the World is a post-American Civil War Western based on Paulette Jiles’ 2016 novel of the same name and one of the most impressive films of the year so far.

Hanks stars as Captain Kidd, a Confederate veteran who makes a living by travelling through small towns in 1870 Texas, giving newspaper readings to both inform and entertain.

But during his journeys, he comes across an overturned wagon containing a young Germanic girl called Johanna (Helena Zengel), dressed in Native American clothing.

It turns out the 10-year-old was kidnapped and raised by the Kiowa people and is now twice an orphan.

Kidd begrudgingly takes on the task of escorting Johanna to live with her aunt and uncle, in a journey filled with trouble around every bend. 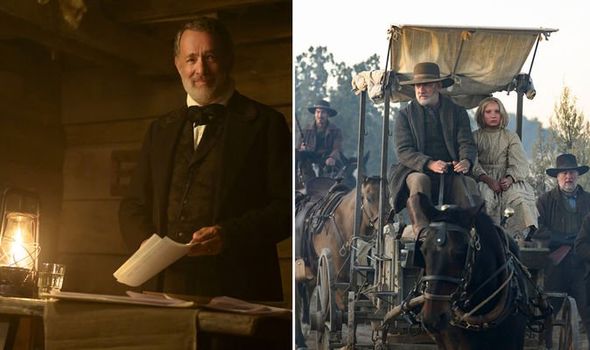 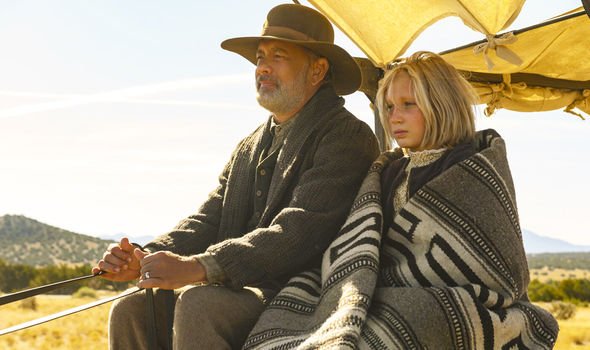 If the plot sounds familiar you’d be right to spot this Western trope of a travelling loner who reluctantly takes on a vulnerable, sometimes valuable child, in a quest to return the youngling to their extended family.

Most recently we’ve seen this in Star Wars show The Mandalorian, in which a bounty hunter looks after Baby Yoda, while Hugh Jackman’s last bout as Wolverine in Logan saw his X-Men character caring for a girl with similar mutant powers.

Or perhaps a more traditional Western example is Rooster Cogburn and Mattie Ross in The Coen Brothers’ True Grit.

Similar to these tales, News of the World sees Hanks’ Captain Kidd wrestling with fatherhood through scenes of great courage as he does everything he can to protect Johanna and get her home. 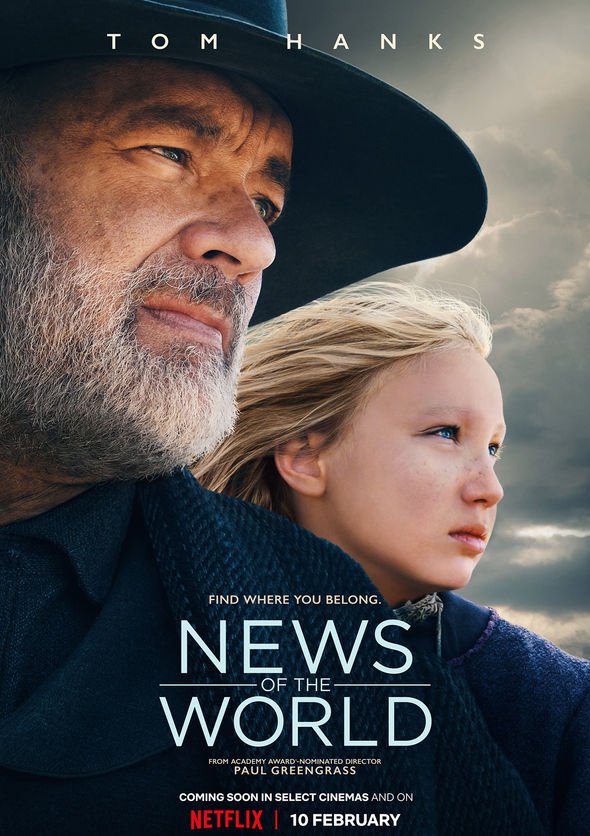 Both Hanks and newcomer Zengel provide Oscar-worthy performances from touching moments on the road to those of great danger, which is where Greengrass’ intense action comes in.

News of the World features one particularly edge-of-your-seat sequence, with the director once again showing off his impressive directing chops following in the spirit of his Jason Bourne movies and Captain Phillips.

While whether in a Wild West town or out on the open plains, Dariusz Wolski’s cinematography is truly something to behold.

He expertly captures the most stunning natural locations, while the bustling dusty street sequences are totally enthralling.

If anything, it’s a real shame News of the World isn’t getting a theatrical release in the UK, but heading to Netflix instead.

Nevertheless, Greengrass’ latest is an excellent choice for having something of a home cinema night with the family or housemates during lockdown.

Aside from the themes of fatherhood, News of the World is strikingly relevant as a timely parable on division and fake news.

During their travels, Captain Kidd and Johanna come across a militia seeking to cleanse their county of outsiders.

The militia aggressively gets Kidd to read the news to the town under their control, but from the approved paper; one that paints their leader in an unquestionably positive light. However, Hanks’ lead decides to read from one of the newspapers he’s picked up on his travels, away from the closed community.

If anything such scenes seem to be a commentary on the way news is consumed today; with our social media bubbles often showing us only one side of an argument, thus helping create a culture of suspicion or even intolerance of those outside our own networks and political leanings.

Paraphrasing Greengrass in a recent Q&A for the movie, truthful storytelling is a powerful medium for healing division.

News of the World is released on Netflix from February 10, 2021.