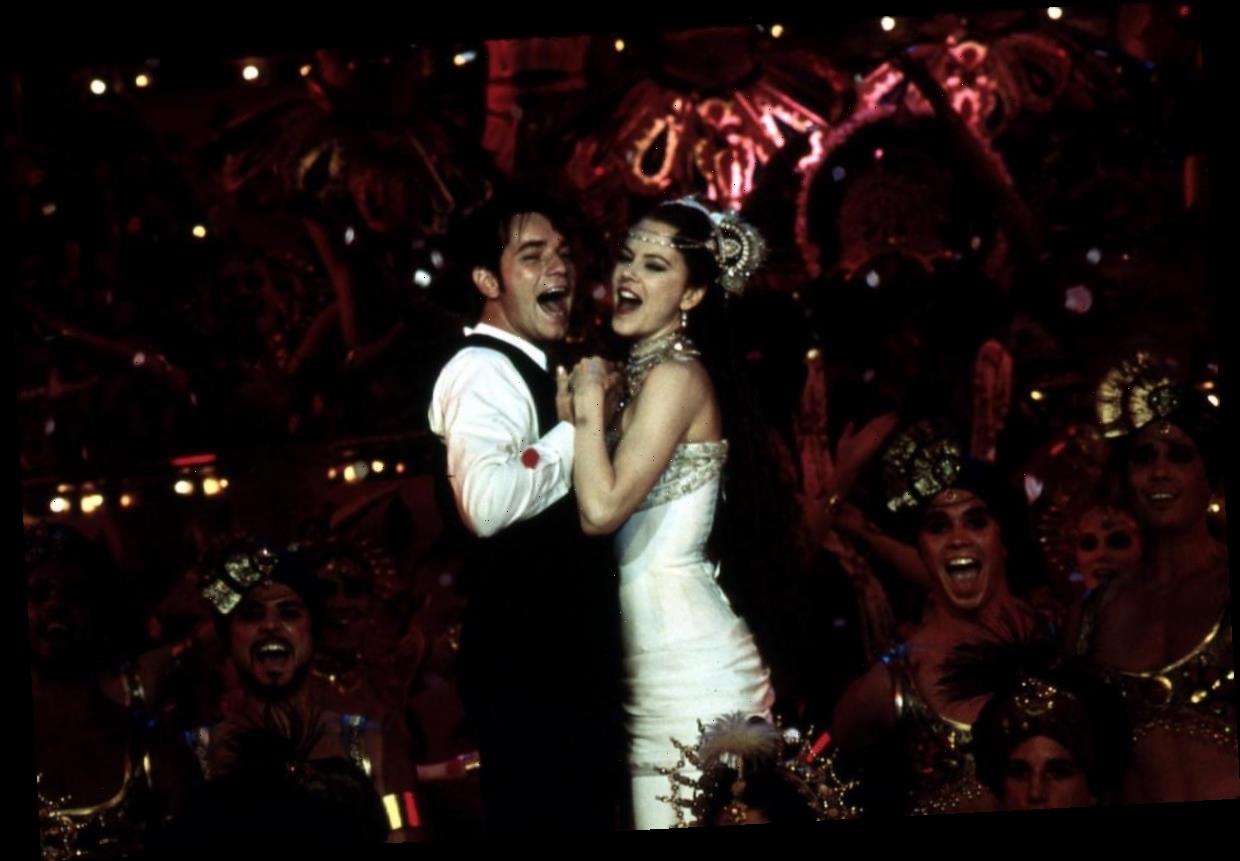 It’s been 20 years since Baz Luhrmann’s Moulin Rouge! first hit theaters and it still has a firm place in pop culture. The movie musical stars Nicole Kidman as Satine, a courtesan who falls in love with Christian, a poet played by actor Ewan McGregor.

With elaborate sets, dazzling costumes, and mashups of modern songs, Satine’s entrance had to be just as unique as the rest of the film. Kidman performed “Sparkling Diamond” featuring “Diamonds Are A Girl’s Best Friend.”

From a swing high above the main dance floor at the Moulin Rouge. Her character, Satine, got Christian’s attention and the moment has since become a hallmark of the film. A physically demanding scene, Kidman did all of the stunts herself.

Speaking to Rotten Tomatoes in 2019 about the scene, Luhrmann opened up about what happened behind the scenes to make it come together on screen. He recalled suggesting a trapeze and a stunt person who would perform the moves. As he remembered, Kidman dismissed the idea of having someone else do it and spent the next few weeks training.

“I thought, wouldn’t it be great if we put her in a circus trapeze and we did a trapeze number, but we’ll have to have a stunt person,” he said. “But Nicole being Nicole was like, ‘No way.’ So she trained with a circus person for a good, I would say, two weeks to do that number.”

“When you see her swing around that’s her,” he added. “It’s her all the way through that footage. She’s on the trapeze, she’s being swung around, she comes down, she falls into all those guys. So she was 100% stunt-free on that moment.”

He continued, saying they made the swing “as simple as possible” so all the focus would on Kidman. “I think what’s great about it is that it’s almost not there. It’s all about Nicole and Nicole’s entrance and her spectacular physical confidence,” he said.

Baz Luhrmann once called the scene ‘quite technical’ to film

In the same interview with Rotten Tomatoes, Luhrmann remarked on the camera movements. He described it as a “very slow curtain reveal” that became technical to shoot.

Kidman didn’t get injured filming her character’s entrance but she didn’t end Moulin Rouge! unscathed. She broke a rib twice during filming and fell in what the movie’s costume designer referred to as her “pink diamond” costume.

Nicole Kidman won a Golden Globe for her performance

Kidman’s dedication to the role paid off big time. Moulin Rouge! didn’t just get nominated for major awards but it won a handful of them.

Kidman walked away from the project with an Oscar nomination and, according to the Hollywood Foreign Press Association, her second Golden Globe win. Moulin Rouge! Took home the Golden Globe for Best Motion Picture but ultimately didn’t clinch the same title at the Academy Awards.

At the time of publication, Moulin Rouge! isn’t on any of the major streamers. However, it’s available to rent on Amazon Prime Video and YouTube.