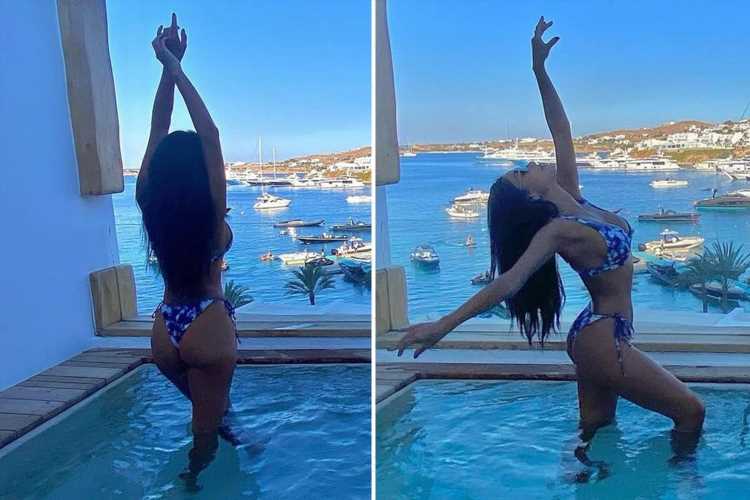 NICOLE Scherzinger has shared some sensational sexy snaps of her kicking it back in a thong bikini to celebrate her 43rd birthday.

The Pussycat Doll singer flaunted her killer figure in the skimpy piece and then shared three snaps of herself in it to her 4.9million Instagram followers. 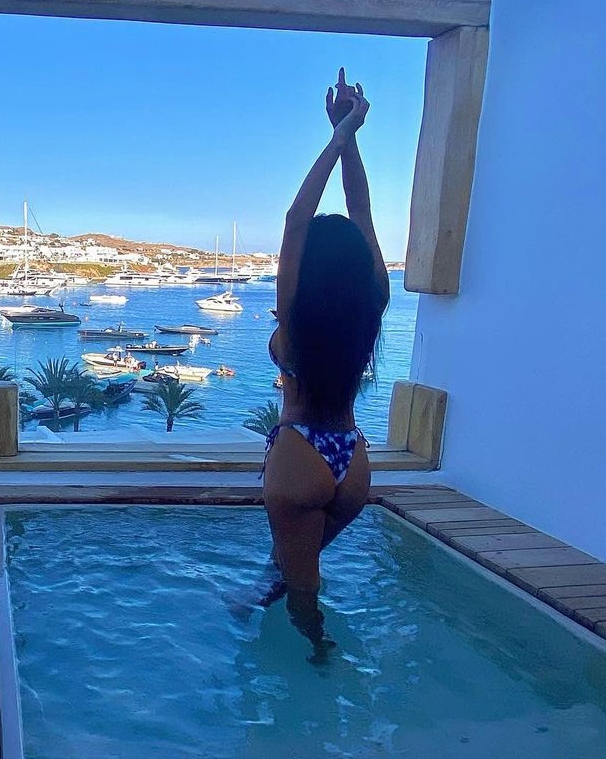 Waking up in Mykonos, Nicole updated her fans in the caption to say she was in Greece for a quick trip to wrap her birthday celebrations.

She wrote: "Hello Mykonos…let’s do this 💙

"A little quick trip to wrap up the birthday celebrations 🙌🏽"

In the first snap, Nicole can be seen standing in a small pool with her back to the camera and the sea in the background. 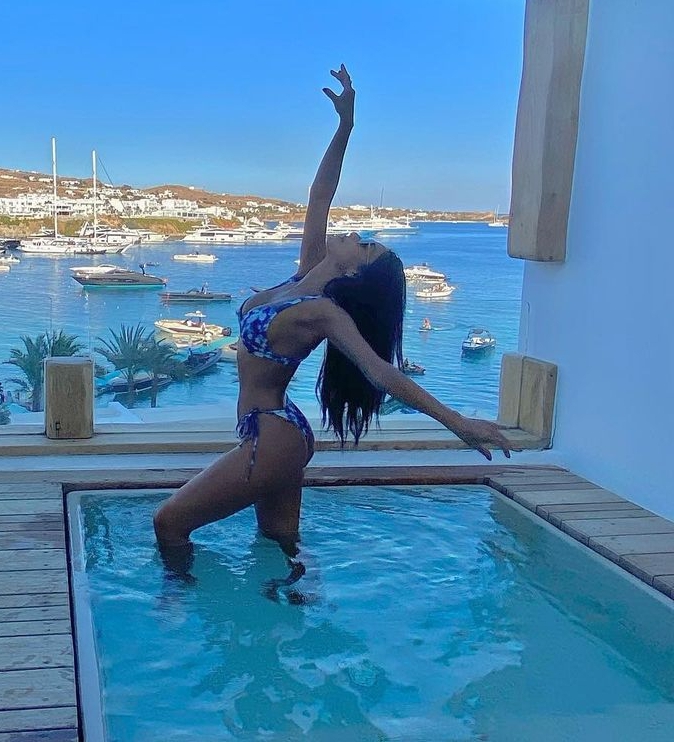 Donning a blue and white patterned bikini, the bottoms sat high-up on Nicole's frame and featured a thong style.

Posing with her arms raised above her head, the star flaunted her curves as she left her long black hair to tousle down her back.

In the second snap, she turned to the side to show the matching bikini top as she posed while stretching out her body.

Nicole saved the best for last as she uploaded a snap of her leaning on the edge of the pool as she raised an arm in the air. 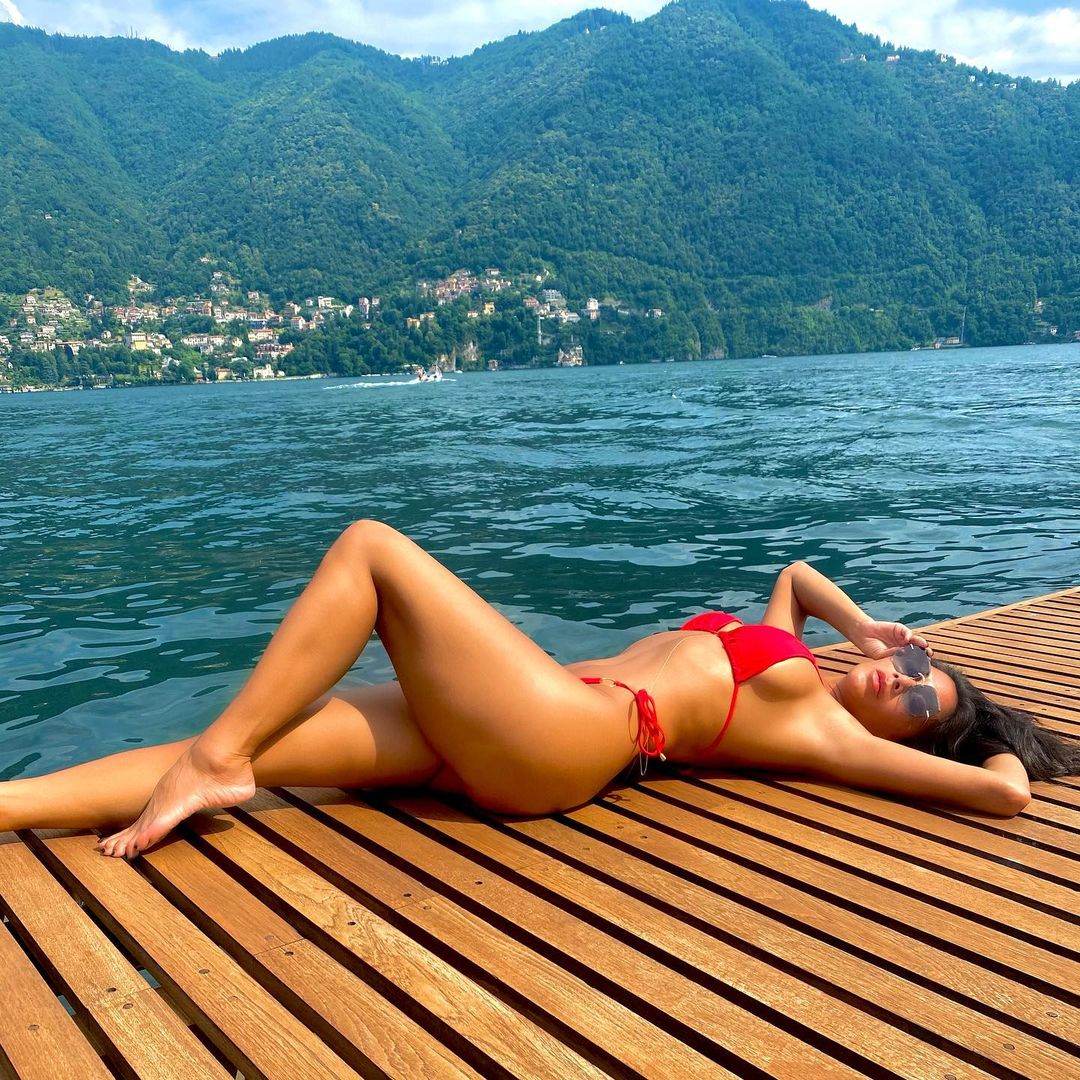 Within hours over 170,000 had liked the photos and thousands had rushed to the comments section to gush over her.

One wrote: "The hottest girl in the world tbh."

A second said: "omg this view is gorgeous 😍 i may also be talking about your🍑😅"

"So so pretty. I need that bikini," commented another.

Nicole celebrated her 43rd birthday in the exclusive destination alongside boyfriend Thom Evans.

Paying tribute to his other half on her birthday, former rugby star Thom captioned the shot: "I hope your Birthday was as Beautiful and full of love as you are @nicolescherzinger I love you very much."