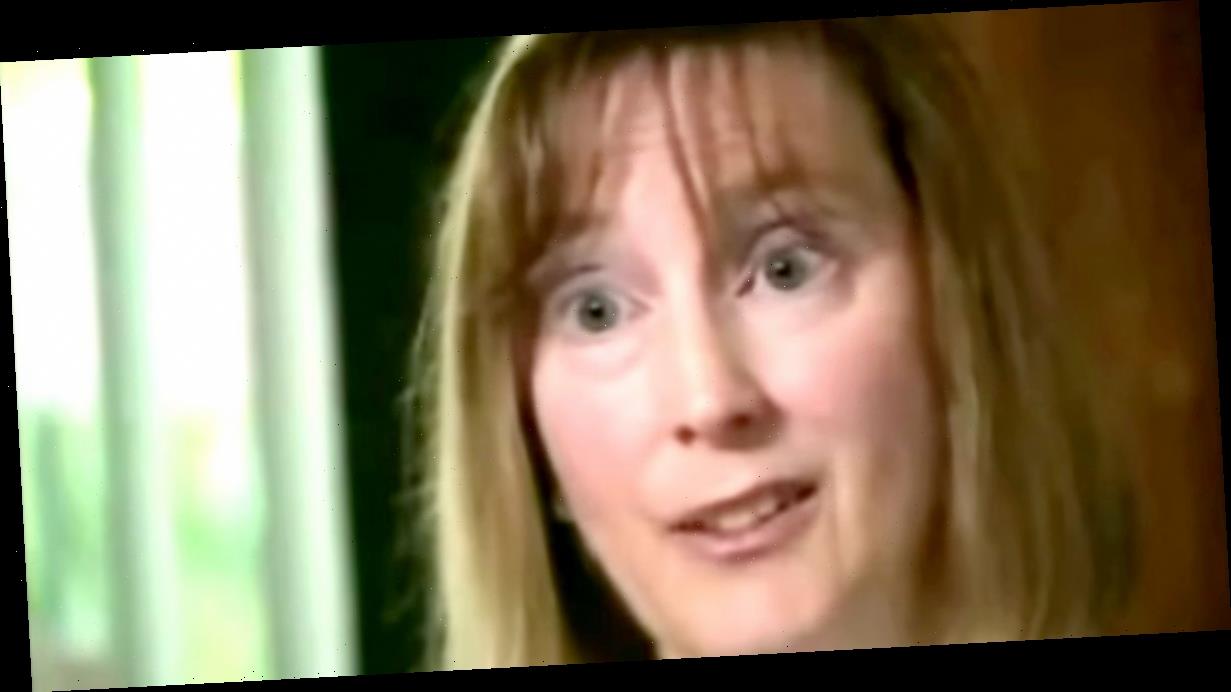 The Netflix documentary series Night Stalker: The Hunt for a Serial Killer delves deep into the investigation which led to the capture of Richard Ramirez.

Ramirez terrorised the Los Angeles area in the 1980s. He would break into homes, and kill and sexually assault the people inside.

In 1989 Ramirez was finally convicted for 13 murders, five attempted murders and 11 sexual assaults. But what the docuseries won’t tell you is that one of the jury members who convicted Ramirez actually fell in love with him.

Cynthia Haden is believed to have been so smitten with the serial killer she sent him a cupcake with “I love you” written on it on Valentine’s Day.

Appearing on the American TV show The Geraldo Riversa Show, the host asked if Cynthia “cared” for the Sadistic serial killer.

She replied: “Yes I do. That’s just one side of him. Everyone has a dreadful side.

Geraldo Rivera went on to ask how Cynthia, who had sat in the jury and seen all the evidence, could have positive feelings towards a “butcher”.

Cynthia, who Geraldo described as an “educated professional woman”, explained how she “looked beyond that”, adding: “I look at what’s behind that”.

She went on to say the she spends “some time” with Ramirez each day.

Cynthia appeared on the Geraldo show a second time, when a guest called Robin Sandoval, whose grandparents were murdered by Ramirez, said she was “baffled” at how anyone could say they “loved” someone who had done such “heinous” things to other people.

On a separate American TV documentary, Cynthia explained that Ramirez had “opened my eyes to the darker side of the world”.

She continued: “There are people who like to do these things, and they are ordinary looking citizens.”

Asked whether she thinks Ramirez would commit further murders if he was released from prison, she said: “I think he would do exactly what did before. Like I have a job, you have a job, his job is killing people. It’s what he was trained to do.”

Philip Carlo, who interviewed Ramirez on death row, went on to describe one of Cynthia’s meetings with the serial killer.

In his book The Night Stalker: The Disturbing Life and Chilling Crimes of Richard Ramirez, he wrote: “Richard told Cindy he loved her. She was surprised and taken aback. ‘You don’t even know what love is,’ she said.

“There was a long pause. She laughed nervously, then said, ‘Yes, Richard, I do love you.’”

According to Carlo’s book, Cynthia, who was known as Cindi, said she had “fallen in love with him the first time she’d laid eyes on him”.

He also writes that Cindi had pictures of him on her night table, and had told told her parents about him.

She even brought her parents to the prison to meet the serial killer.