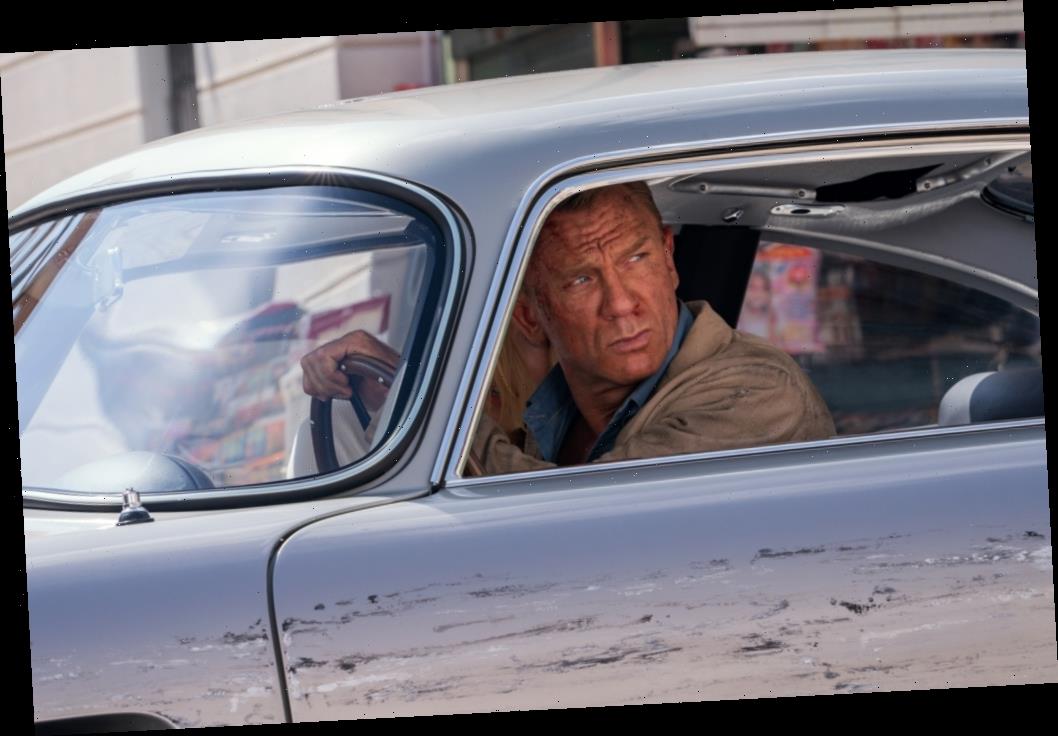 EXCLUSIVE: With the coronavirus socking it to the Asian box office, Deadline has learned that MGM, Eon and Universal are postponing the next James Bond movie, No Time to Die from its UK and international release date of April 2 and its U.S. Easter weekend global day-and-date of April 10, and moving the 25th 007 movie to Nov. 25, the Wednesday before Thanksgiving.

“MGM, Universal and Bond producers, Michael G Wilson and Barbara Broccoli, announced today that after careful consideration and thorough evaluation of the global theatrical marketplace, the release of No Time to Die will be postponed until November 2020. The film will be released in the U.K. on November 12, 2020 with worldwide release dates to follow, including the U.S. launch on November 25, 2020,” said a statement given exclusively to Deadline by the three studios.

That date brings Bond back to November, which is a season he’s launched from largely going back to 1995’s Goldeneye (except for Tomorrow Never Dies which opened in the U.S/Canada on Dec. 19, 1997). No Time to Die will now face off on the Wednesday before Thanksgiving with Warner Bros. Will Smith King Richard, Disney’s Raya and the Last Dragon, and Sony’s comedy The Happiest Season.

This is purely an economic decision we understand, and not one based on growing fears over the coronavirus. Bond is a day-and-date worldwide release, and with the franchise back in the hands of MGM fully post Sony’s distribution of the last four Daniel Craig movies, along with Universal, all parties involved need to have all foreign territories working at their maximum in order for the latest Bond to be a continued box office success. For a tentpole of this size and scope, that kind of decrease in business would have a significant and detrimental impact on the film’s ultimate global take.

I’ve heard that the move for No Time to Die should not be perceived as a concern about the safety of theaters outside of areas where public health officials have restricted or recommended against attending public events.

All together, the last four Craig 007 movies – Spectre, Skyfall, Quantum of Solace and Casino Royale — have grossed $3.2B in the overall near $7B franchise, with Skyfall being the highest grossing pic of all-time in the 58-year-old series at a whopping $1.1B. Failing at the box office is not an option for Mr. Bond, and for the studios to stick to their original release plan would be a disservice to their partners in exhibition.

Get ready for a big domino effect when it comes to rival studios following MGM/Eon/Universal’s example in re-scheduling their day-and-date event pics. It’s best to wait out the resurgence of key Asian offshore territories, if you have a major event pic on your schedule. No Time to Die, directed by Cary Joji Fukunaga, leaves behind a very lucrative Easter weekend period that’s up for grabs. How much does Easter weekend stand to make? The 2015 and 2016 holidays delivered back-to-back record openings with Uni’s Furious 7 ($161.2M) and Warner Bros.’ Batman v Superman ($181M) driving respective weekend grosses for all titles to $247.1M and an all-time Easter high of $278.5M Stateside.

However, ever since China shuttered its exhibition structure due to the coronavirus outbreak, MGM, Eon and Uni have been in a wait and see mode. With theaters closing across Korea, Japan, Italy and France, there was a clear need to push the release of No Time to Die. The studios have been closely monitoring the coronavirus outbreak like many other companies, and have seen a significant impact on the global market with all industries facing difficult decisions during these uncertain times.

China alone is poised to lose more than $2 billion since shutting 70K theaters this year. The release dates for Universal’s Dolittle and 1917, Searchlight Pictures’ Jojo Rabbit, Paramount’s Sonic the Hedgehog, and Pixar’s Onward have all been postponed indefinitely. For the period of Jan. 1-March 3, Comscore reports that South Korea’s box office is -60%, Italy’s is off 70-75% with roughly half of its cinemas closed (through we’ve heard that’s bound to improve by this weekend), Taiwan is down 30% year on year, along with Singapore (-35%), Philippines (-35%) and Hong Kong (-55%). In total, the global box office is expected to see at least a $5B hit in 2020.

Recent Bond movies have typically had their openings staggered around the globe over two weekends, with initial debut in the UK and select territories, followed by the U.S. and other offshore markets.

When Skyfall opened to a franchise domestic record of $88.3M in Nov. 2012, the pic’s running overseas tally was at $428.6M, bringing its global take to $516.9M (all numbers unadjusted for inflation).

Uni has No Time to Die all over the world sans some legacy MGM markets, i.e Nordic territories and the Middle East which are being sub-distributed. A UK world premiere was scheduled for Monday, March 30. Originally No Time to Die was to go April 2 and 3 in UK & Ireland, Germany, Netherlands, Spain, Switzerland, Austria, Croatia, Cyprus, Greece, Serbia, Slovenia, India, South Africa, and Turkey. Then in sync with U.S, the following overseas markets were to open on April 8-10: Australia & NZ, Belgium, France, Italy, Russia, Ukraine, Baltics, Indonesia, Korea, Hong Kong, Malaysia, Singapore, Thailand, Taiwan, Vietnam, and All of Latin America

The decision to movie No Time to Die, we hear, was fully supported by everyone involved with the movie.