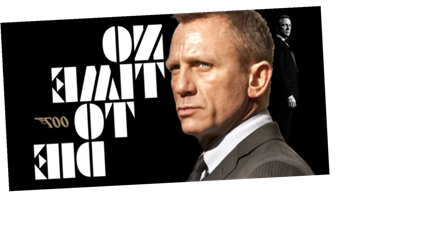 The Coronavirus outbreak has prompted No Time to Die producers to push back the release of the 25th James Bond film by seven months.

In a statement, producers Barbara Broccoli and Michael G. Wilson decided to delay the release of No Time to Die, following “careful consideration and thorough evaluation of the global theatrical marketplace.”

The sudden outbreak of the Coronavirus has affected theater markets in various places across the world. In fact, it’s been suggested that the worldwide film industry could lose up to $5 billion over the Coronavirus outbreak. More than 3,000 have died from the virus.

Per CNN Business, a spokesperson for MGM said that the decision to delay the release of No Time to Die “was really an economic decision more than anything else.” Initially planned for a release next month, the film will now hit the big screens in the United Kingdom on Nov. 12, and in the U.S. on Nov. 25.

Not only does No Time to Die mark the milestone 25th film of the iconic 007 series, but it will mark Daniel Craig’s final outing as Bond. The 51-year-old actor has confirmed that this will be his swan song performance as the popular British spy. It has prompted speculation that Bond could be killed off, with the “007” tag going to a different character, though that’s highly unlikely.

This will be Craig’s fifth portrayal of James Bond; he previously performed the role in Casino Royale (2006), Quantom of Solace (2008), Skyfall (2012) and Spectre (2015). The likes of Richard Madden, James Norton, Tom Hiddleston and Sam Heughan have been listed as some of the top betting favorites to take over for Craig as 007.

Next: Study Shows How Long It Takes The Average Couple To Reach All Sorts Of Early Milestones